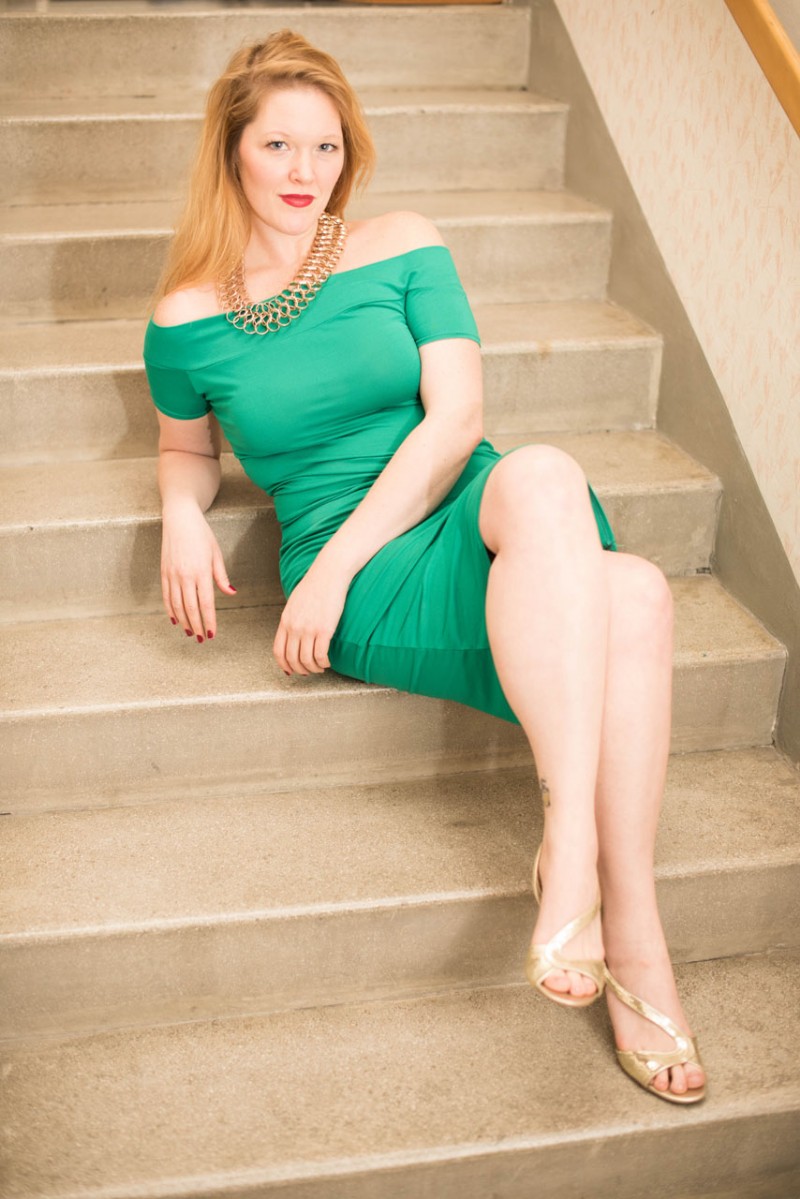 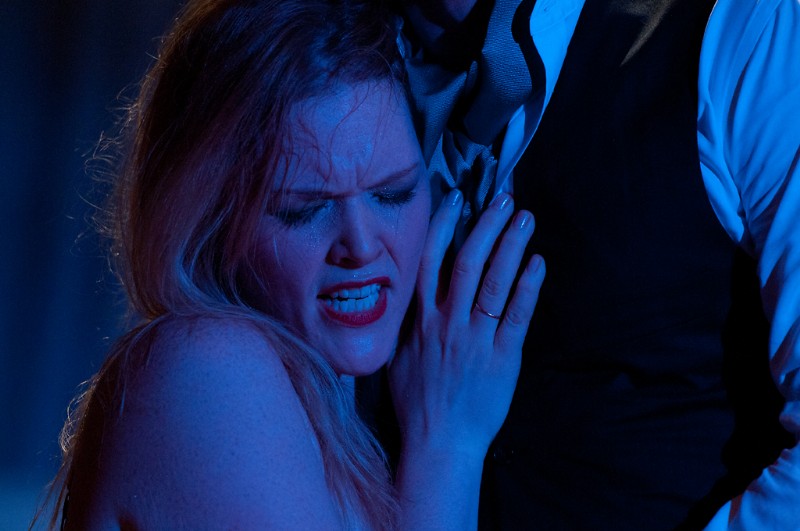 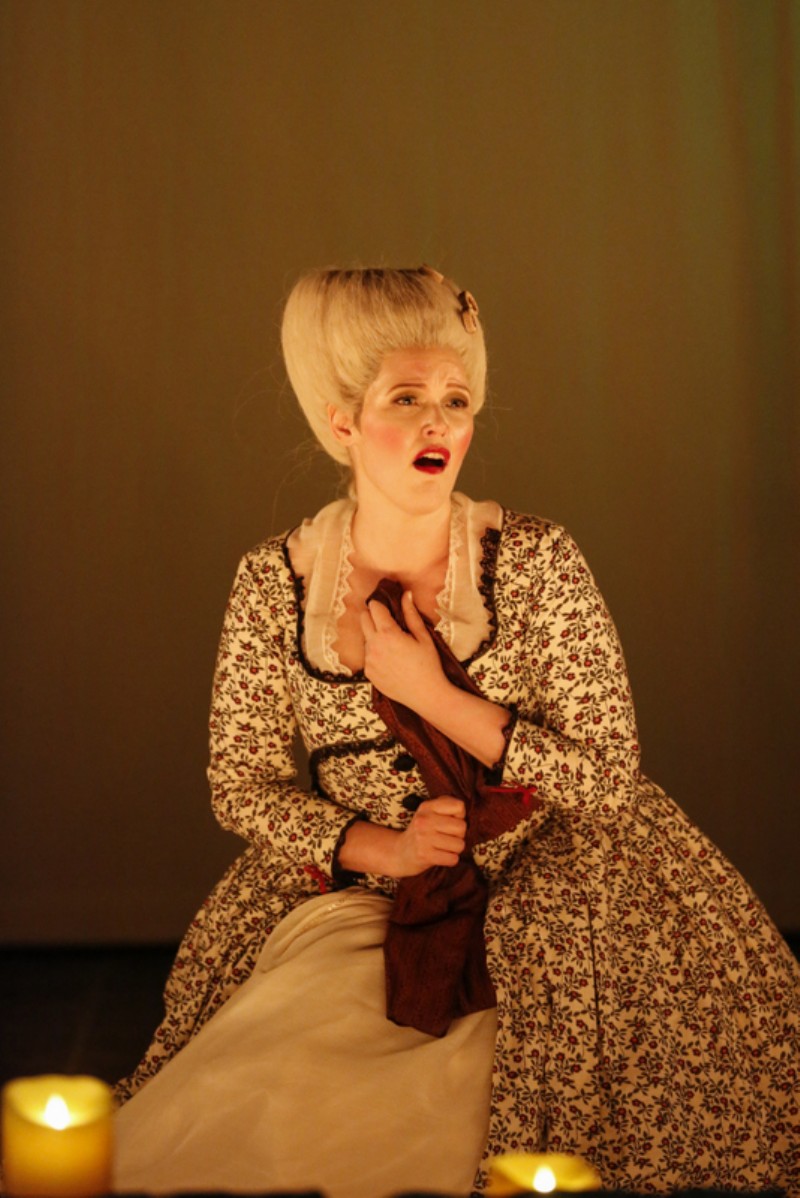 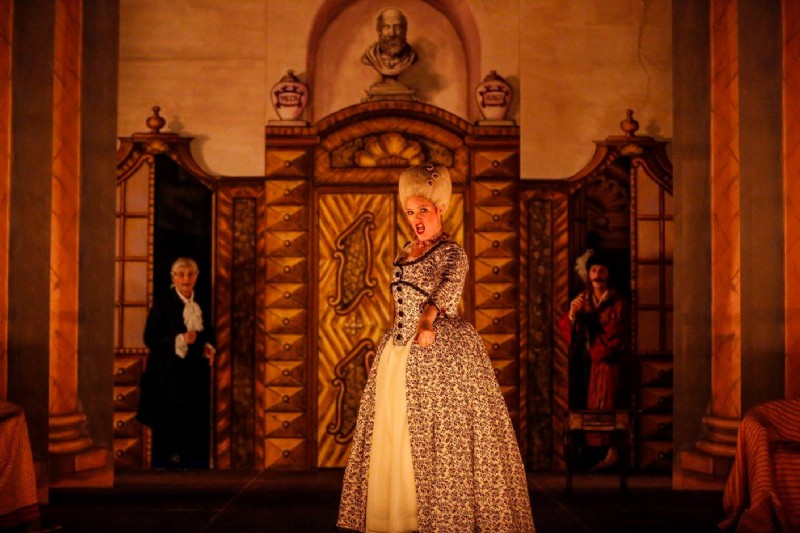 In July 2019, Anne will cover the role of Médée in Cherubini’s opera of the same name at the prestigious Salzburger Festspiele. Summer 2019 also sees Anne once more as Rosalinde in Die Fledermaus, first with with Oper Rund Um and the Wir Sind Wien festival in June, and then in July with Opera on the Lake, Minnesota’s newest summer opera festival that Wieben founded in 2019.

In June 2018, Wieben once again sang the role of Donna Anna to critical acclaim in Don Giovanni with OperaRundUm as part of the Wir Sind Wien Festival 2018. She also sang the role with Oper Rund Um in August 2017 in Waidhofen an der Ybbs. In March 2017, Wieben reprised one of her signature roles, Fiordiligi in Cosi fan tutte with Teatro Barocco.


Wieben sang the role of Marcellina in a historically authentic production of Mozart’s Le Nozze di Figaro with Teatro Barocco in spring 2016. In the 2014/2015 season, Ms Wieben sang the role of Rosalinde in OperRundUm innovative and successful production of Die Fledermaus. She also debuted the role of Fiordiligi in Mozart’s opera Cosi fan tutte in opera houses and concert halls across Germany, including Munich, Stuttgart, Ulm, and Berlin. Her performances were hailed as “breathtaking” and “flawless”. In September 2014, she premiered Austrian composer Hannes Kerschbaumer’s piece luce nera at the esteemed modern music festival in Schwaz, Austria. In 2013 Ms.Wieben sang the role of Echo in Strauss’ Ariadne auf Naxos in a benefit production sponsored by the Vienna Life Ball and she gave her debut at the renowned Vienna Musikverein as Dot Robinson in the critically acclaimed Austrian premiere of Raymond Yiu’s chamber opera The Original Chinese Conjuror. In an equally successful production, Ms.Wieben sang the role of Dorinda in Michael Hayden’s baroque chamber opera Die Hochzeit auf der Alm as part of the Teatro Barocco festival in Stift Altenburg, Austria. The Austrian press named the festival as one of the top three most important cultural events of the year, and critics praised Wieben for her ‘beautiful, well guided’ and ‘expressive’ singing. Earlier in the season, Wieben reprised the role of Donna Anna in the Kammeroper Weissenhorner’s production of Don Giovanni, a role she debuted at Munich’s Pasinger Fabrik in 2011. In October, 2012 Ms.Wieben performed the role of Femme Fatale in the world premiere of Clio Montrey’s chamber opera Photo Socrates at the Klangspuren Festival in Vienna. Also in 2012, she debuted the roles of Sandmännchen and Taumännchen in Hänsel und Gretel at the Einstein Cultural Center of Munich, as well as Lauretta in Gianni Schicchi at the Theater in Pfarrkirchen. In 2011, Wieben sang the lead role of Diana in Anton Urpsruch’s opera Das Unmöglichste von Allem, and has since reprised the role throughout Germany. Her performance was revered as ‘captivating’ and ‘radiant’ with a ‘warm-sounding yet clear voice’ (Neue Merker). She also recorded the role for Marco Polo Records, and the CD was released in September, 2013.

Anne Wieben sang the role of Avril in Michael Nyman’s minimalistic opera Love Counts in Vienna in 2010. That same year, Ms. Wieben was invited to St. Mary’s Cathedral in Foxford, Ireland where she was the soprano soloist in performances of Mozart’s Mass in C minor and Mendelssohn’s Elijah. She has also been the soloist in Faure’s Requiem and Saint-Saens’ Christmas Oratorio in Minneapolis, Minnesota as well as Beethoven’s 9th Symphony with the Minnesota Orchestra at Orchestra Hall. Taking on contemporary art song in Vienna, she has sang Otto M. Zykan’s 5 Lieder and 5 Haikus at Museum Währing and Clio Montrey’s 5 Mannequin Songs at OFF Theater.

Ms. Wieben began her career in Vienna as a mezzo soprano and performed Dorabella in Così fan tutte at the Odeon Theater, Niklausse in Les Contes d’Hoffmann at Theater Akzent, Frau Schuster-Bellheim in Die Drei Wünsche at Musiktheater Schönbrunn (and recorded for CPO Records), Vittoria in The Gondoliers at Kammeroper Wien, and she traveled to Poland to sing Frau Madaldrut in Siegfried Wagner’s Der Schmied von Marienburg with the Gdansk Philharmonic (and recorded for Marco Polo Records)

Any message that you send here will be checked by Audition Oracle for suitability (to filter out spam), and then forwarded to Anne Wieben.