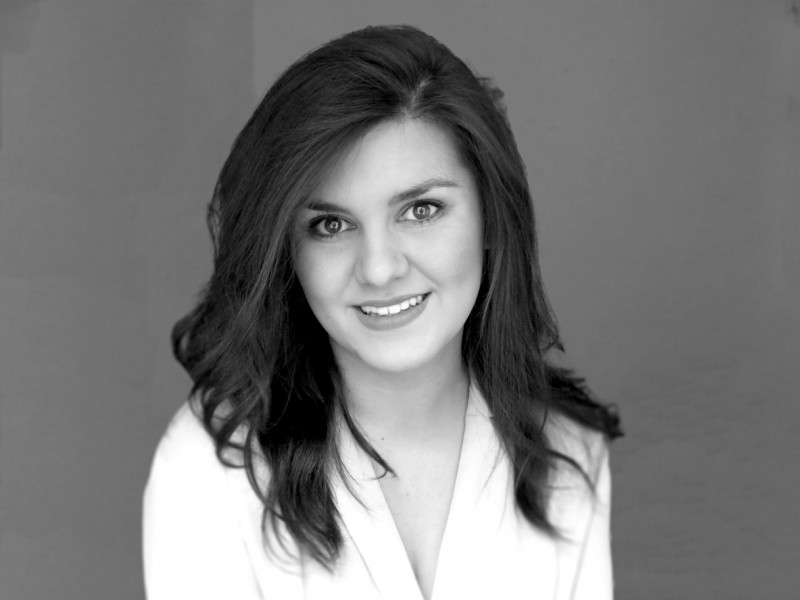 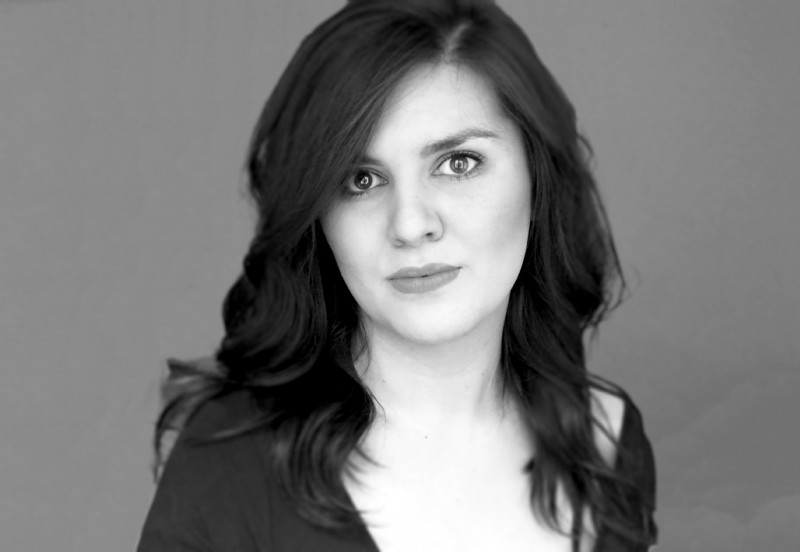 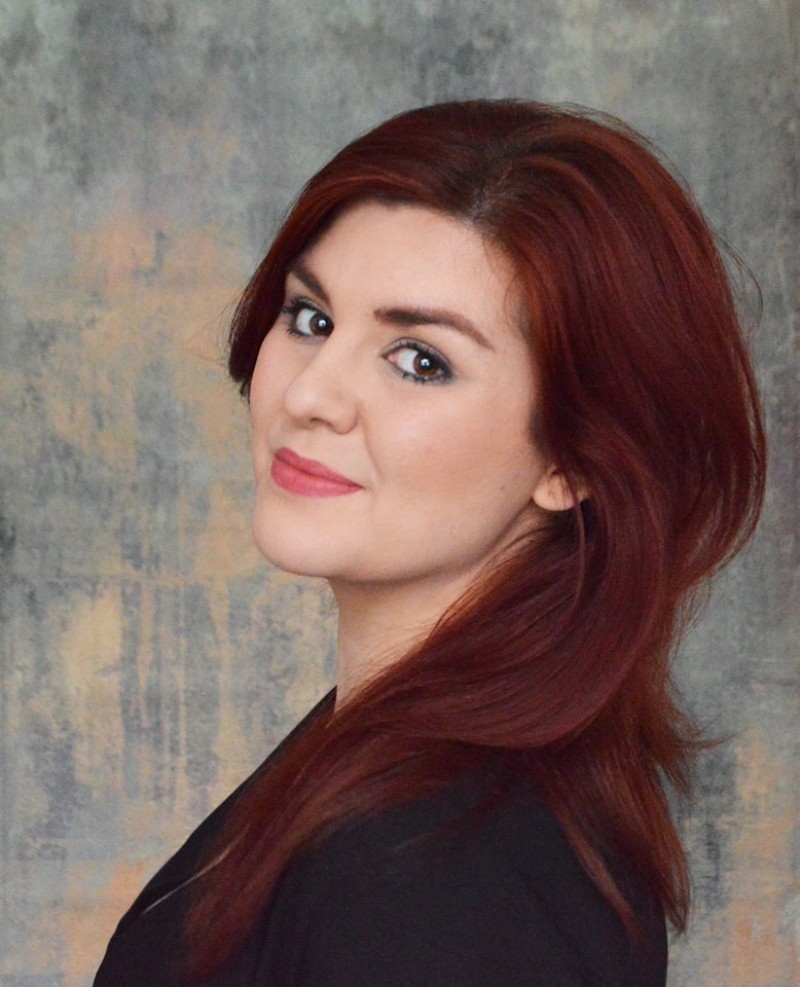 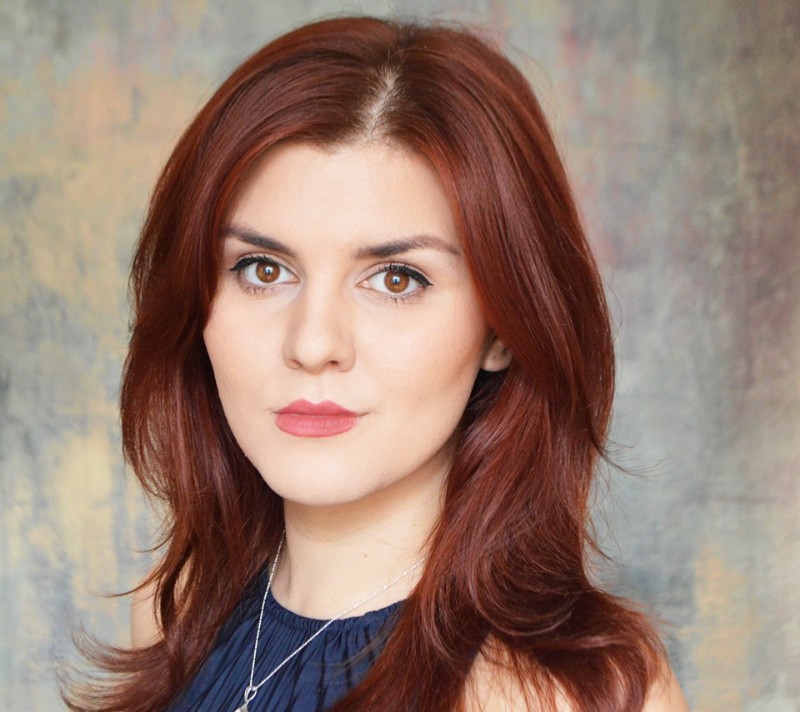 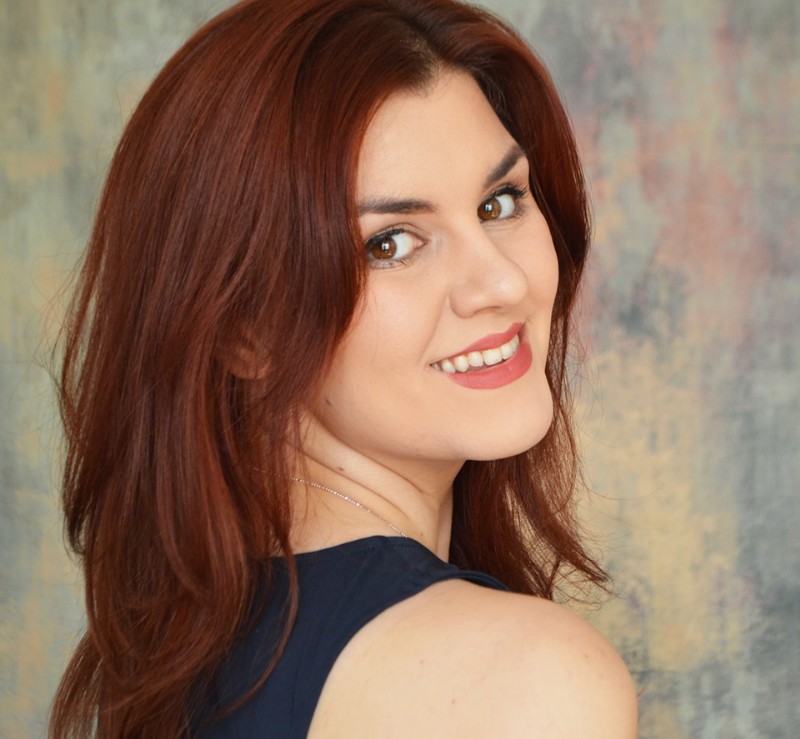 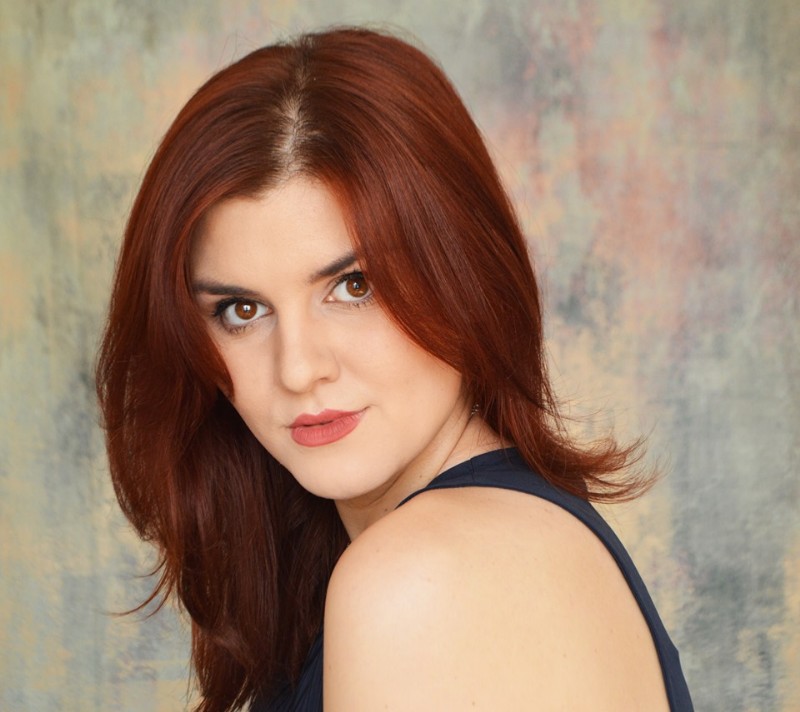 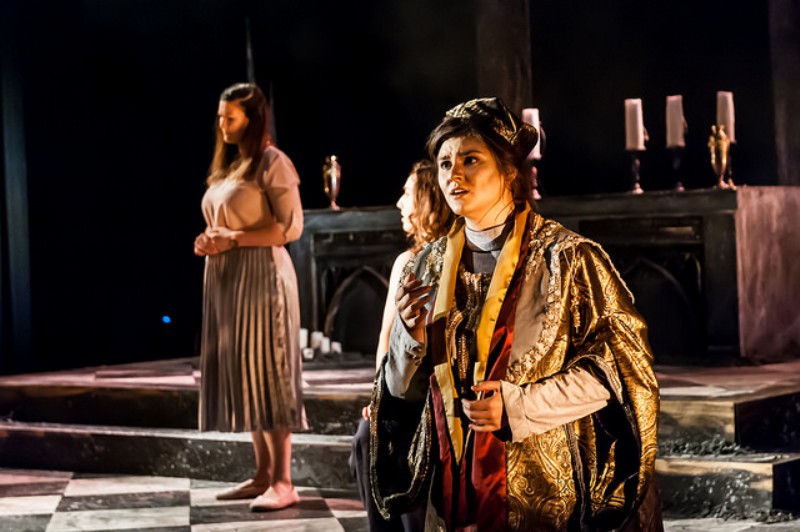 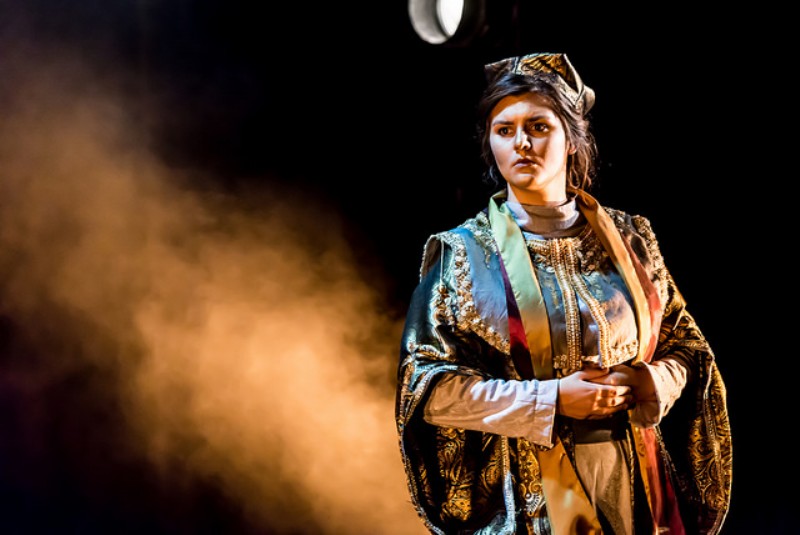 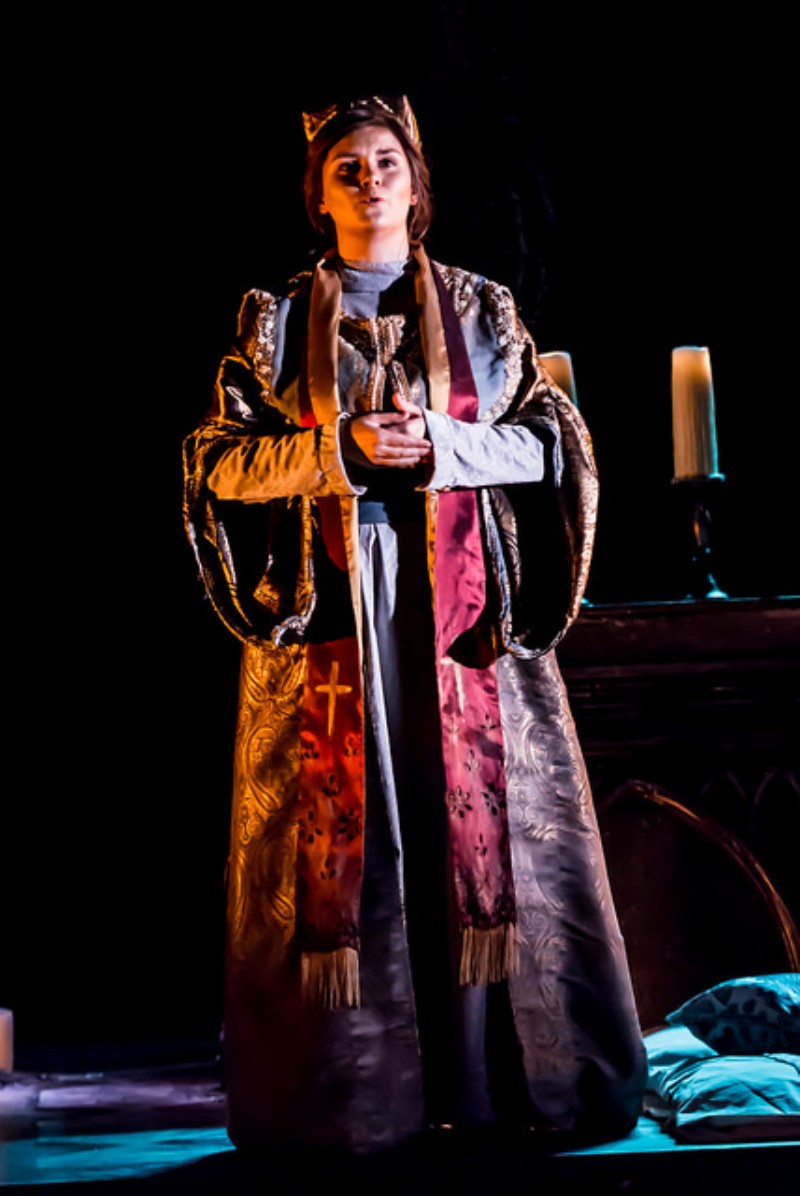 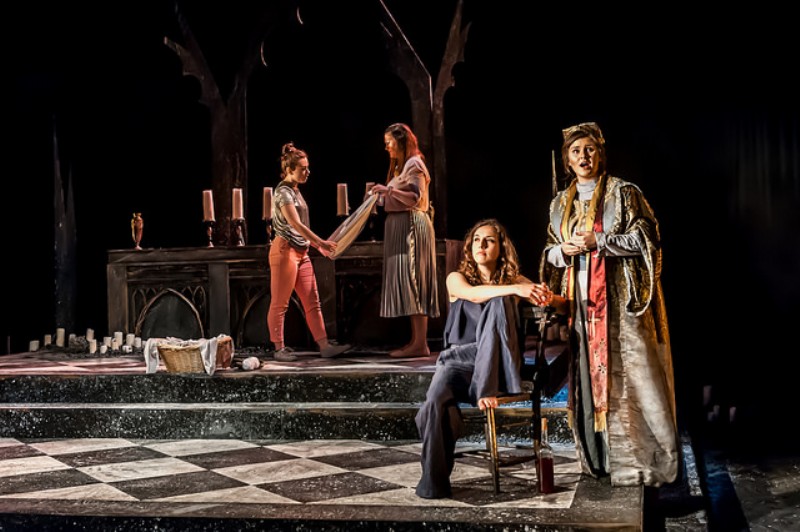 "There was a real feeling for the poetry, the diction was commendably clear, and the well judged choices of vocal colour supported varied textures in the piano. They brought out both the humour and the humanity." - Roger Vignoles, The Lillian Ash French Song Competition, 2018 (2018)

"Hope had put together a very imaginative and thought-provoking programme and she performed it with commitment and artistry." "What potential this young lady possesses!" - Judges' Feedback, The AESS Courtney Kenny Award, 2017 (2017)

Hope is a London-based Soprano, known for her rich, shimmering tones and her sophisticated recital programming. She is a communicative, sensitive and innovative artist working across the Operatic, Oratorio and Concert platforms. She frequently gives themed recitals that specialise in narratives and storytelling, often including elements of poetry and spoken word, through which she looks to create a moving and powerful experience for her audiences.

From an early age she developed an interest in Theatre; exploring aspects of and performing in both acting and directing roles in Contemporary Theatre and Shakespeare productions. Her time spent in Arizona nurtured an innate love of American Repertoire, both of which have followed her into her career.
​
From the age of seventeen, Hope was taught and mentored by Anthea Parashchak. In 2018, she obtained a First Class Honours Bachelor's Degree from Trinity Laban Conservatoire of Music and Dance. She is also an Almuna of the Royal Northern College of Music.

Hope has recently completed her studies at the Royal Academy of Music, graduating with a Master of Arts with Distinction. During her time there, she was the recipient of the Parepa-Rose Prize and studied with Richard Berkeley-Steele and Chad Vindin. She performed the role of Fiordiligi in Mozart’s “Cosi fan tutte” as part of the Royal Academy’s Opera Scenes and performed the role of The Jay in Royal Academy Opera’s Production of Janáček’s “The Cunning Little Vixen.”
​
During her time at Trinity Laban, Hope participated in Masterclasses with Rita Susovsky and Gidon Saks, and performed in both a Concert and Masterclass with David Gowland and the Royal Opera House Jette Parker Young Artists. She was also the winner of the 2018 Lillian Ash French Song Competition, awarded by Roger Vignoles, and was announced as a finalist in the 2018 Elizabeth Schumann Lieder Competition, both with collaborative pianist Claire Habbershaw. Hope and Claire were delighted to take part in celebrations for the launch of Trinity Laban's "Venus Blazing", a celebration of female composers, by recording 'Anne Boleyn' from Libby Larsen's Song Cycle: 'Try Me, Good King” for the Venus Blazing website and media following. She also performed the role of “Female Chorus” in Benjamin Britten’s “The Rape of Lucretia” for Trinity Laban Opera.
​
Other credits include: Cover Despina/Chorus in “Cosi fan tutte” for Opéra de Baugé, where she was also a recipient of the Gil Rodriguez Scholarship for outstanding contribution to the 2015 Operatic Season, Cover Galatea/Chorus in “Acis and Galatea” for Hurn Court Opera, Laurie in “The Tender Land” and Wife of Chao/Soprano Actor in “A Night At The Chinese Opera”, both as part of Trinity Laban’s Opera Scenes.
​
As a soloist, Hope has sung Mozart's and Fauré's "Requiem"s, both with the Corsley Festival Orchestra, as well as Vivaldi's "Gloria," and recently performed the soprano solo at the world premiere of Paul Carr's "Gloria" as well as the Soprano Solo in Handel's "Messiah," both for the English Arts Chorale.
​
Alongside her opera work, Hope specialises in the performance of themed recitals. Her 20th Century American Existentialism programme was awarded Second Prize at the final of the 2017 Courtney Kenny Award, given by the Association of English Singers and Speakers, and received glowing feedback from the judges.

Any message that you send here will be checked by Audition Oracle for suitability (to filter out spam), and then forwarded to Hope Lavelle.