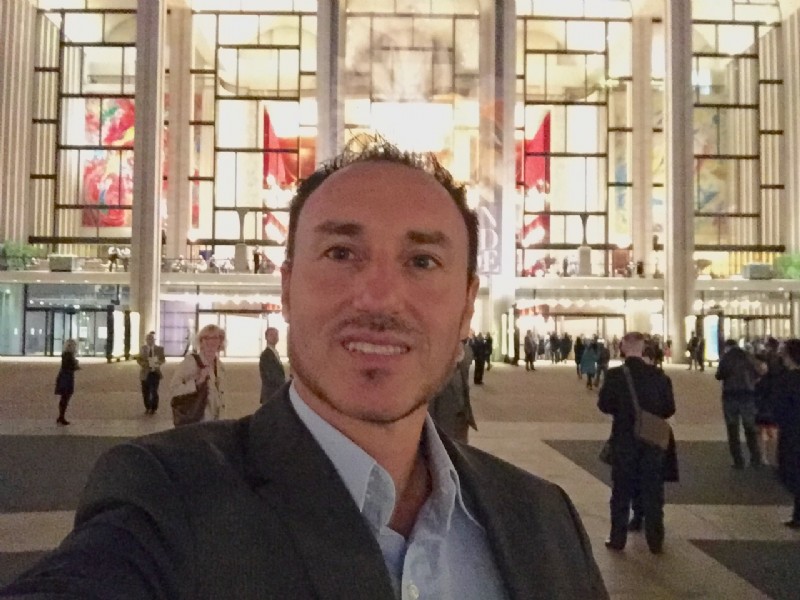 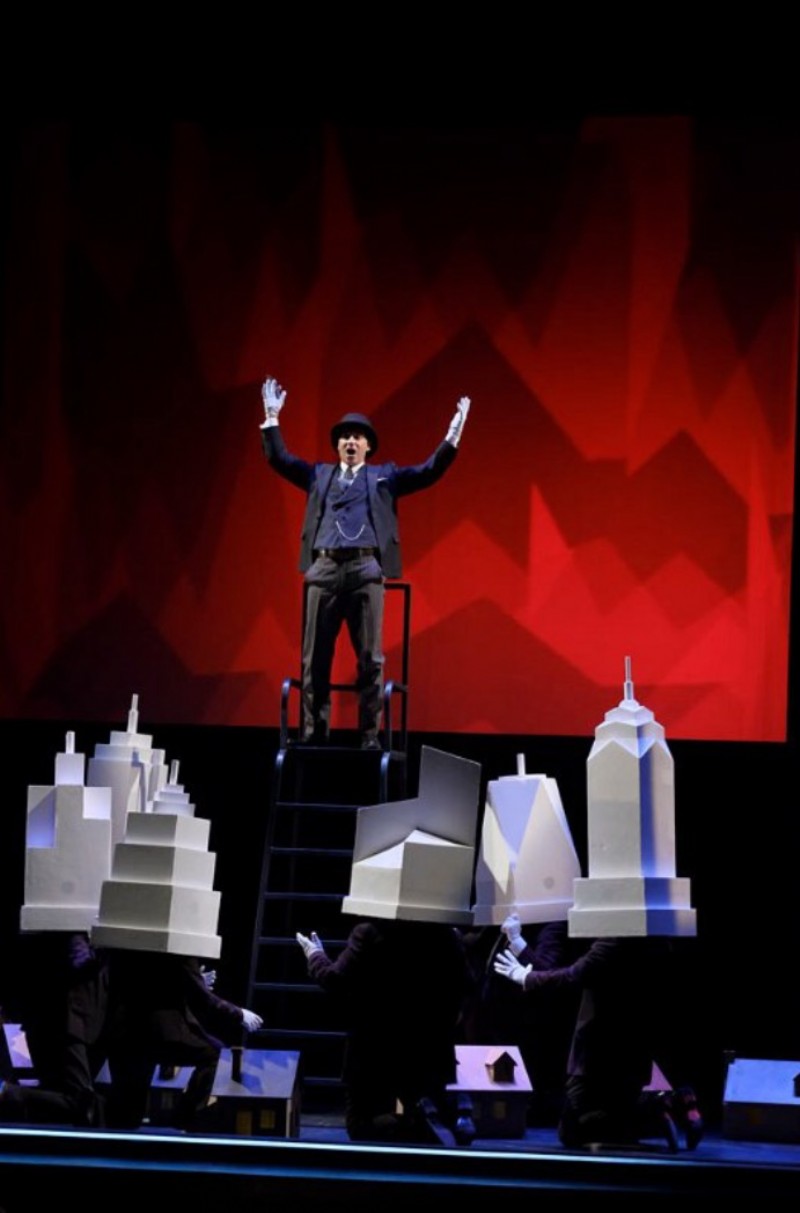 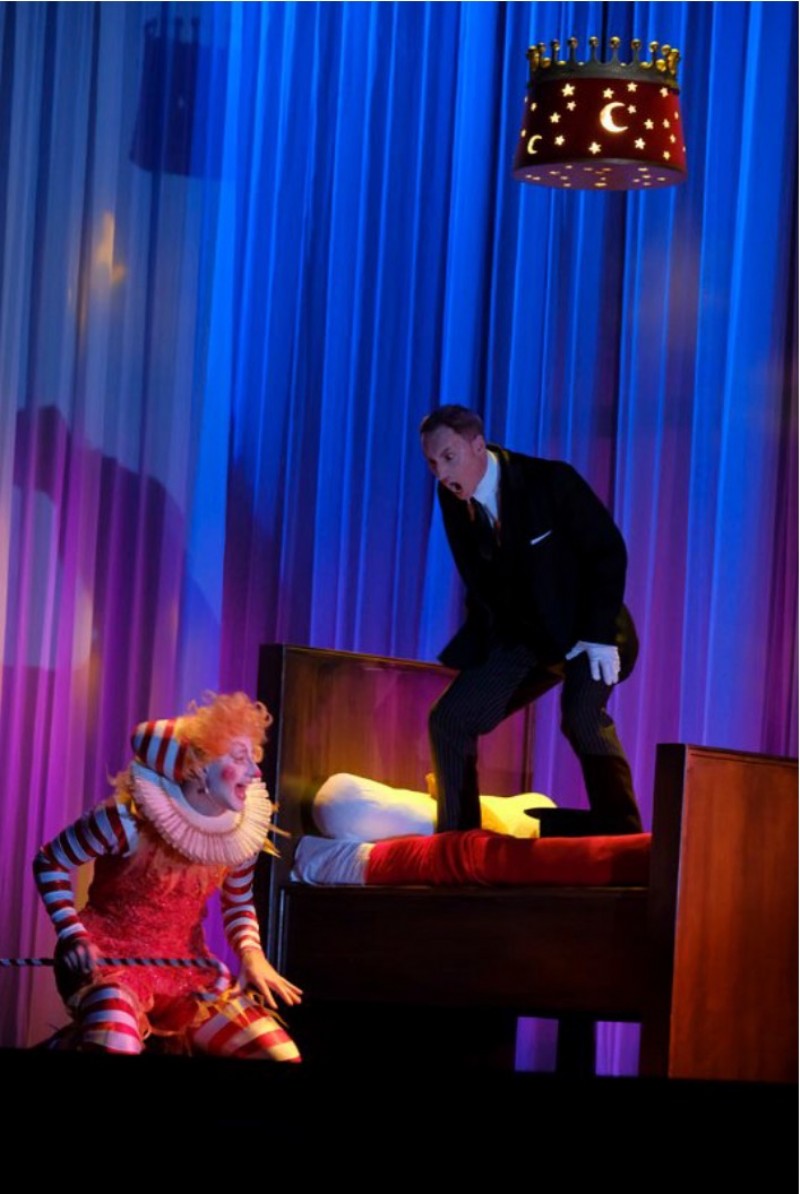 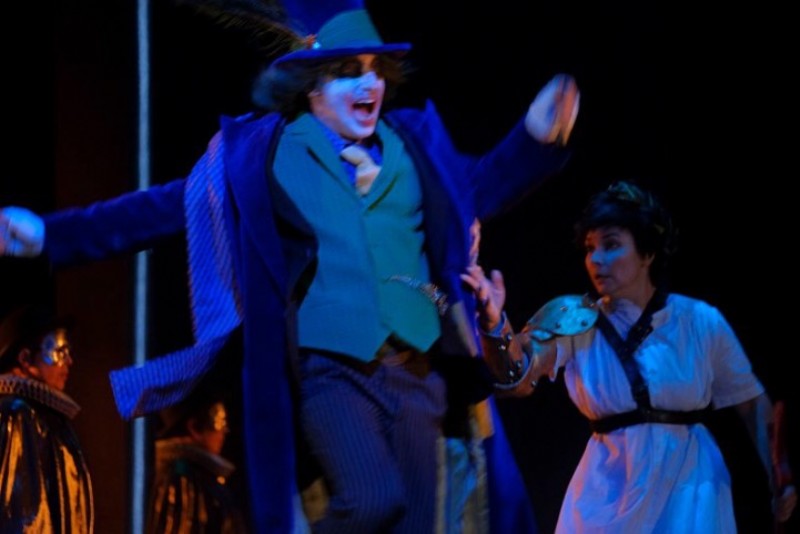 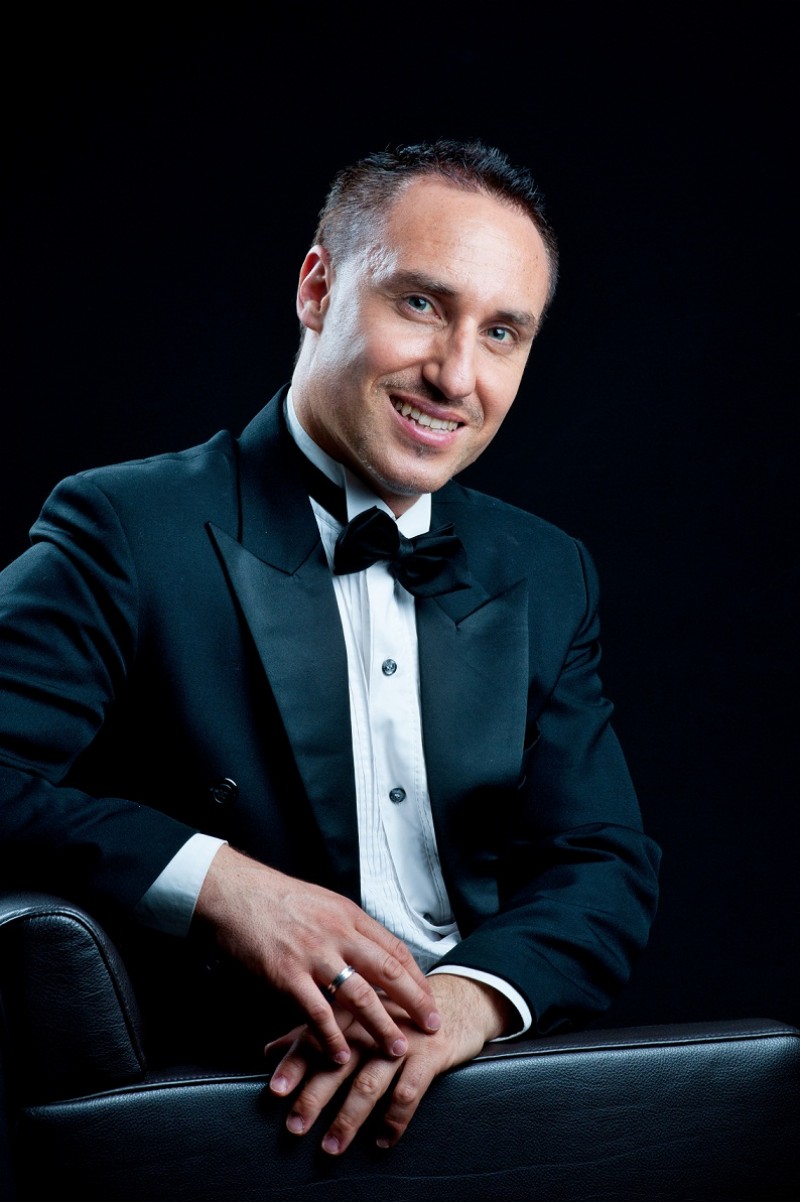 With a degree in voice and piano from the Conservatoire Supérieur de Musique of Geneva and a Bachelor’s Degree in Musicology and German literature, Richard Rittelmann began his career at the age of 22 at the Opéra National de Lyon in the new production of Doktor Faust under the baton of Kent Nagano. He has also been a prizewinner at various international competitions such as the Voix d Or, Toulouse, Marmande, Eurobottega and Voix Nouvelles in Paris.This proved to be an important launchpad for his career,
His eclectic discography covers an impressive range of repertoire, stretching from baroque : Monteverdi’s Ulysses and Vivaldi’s Kyrie (CD Mondomusica), to classic and romantic: Massenet’s Le Jongleur de Notre Dame with the Orchestre de Montpellier conducted by Enrique Diemecke (CD Deutsche Grammophon), and also to 20th century and contemporary repertoire: ‘Kagel Dirige Kagel’ with soloists from Lyon Bernard Tétu (CD Auvidis), Doktor Faust conducted by Kent Nagano (CD Erato), ‘Un Portrait de Raoul Lay’ with the Ensemble Télémaque (CD Harmonia Mundi). Other recordings include: the world premiere of F. Testi’s Saül with the Orchestre Philharmonique de Radio-France conducted by M. Zanetti (CD Naïve), the world premiere of ‘Dernier Jour d’un Condamné’ with the Orchestre d’Ile de France conducted by Michel Plasson (CD Deutsche Grammophon), world premiere of Heera Kim’s Ex Abrupto with the Bayerische Rundfunk in Munich conducted by Arturo Tamajo (CD Musica Viva), recording of the G. de Olavide’s oeuvre under the baton of Arturo Tamayo with the Orchestre de la RTVE de Madrid (CD Verso).
His most memorable interpretations of roles include in Idomeneo (Ivan Fischer) at the Opéra Garnier de Paris, in Ariadne auf Naxos at the Opéra de Nice (Riber-Schnitzler), in Werther (Alain Guingal) at the Regio Torino, in Cyrano de Bergeracde Alfano in Montpellier / Monte Carlo and la Maestranza (Guidarini/Alagna), in Manon at Hong Kong Opera (Nicola Colabianchi – Nadine Duffault), in les Dialogues des Carmélites at the Opéra de Nice (Michel Plasson – Carsen)…
He sostituted Erwin Schrott at the last minute in Le Dernier Jour d’un Condamné in February 2008, singing 4 parts at the Palau de les Arts de Valencia (Villard – Alagna).He has sung in Faust at the teatro Massimo alongside Bocelli, Voulgaridou, Scandiuzzi under the baton of Michel Plasson (with CD release).

Every summer he conducts several masterclasses in la Baule where he is developing an operatic class.
He is a close friend of Roberto Alagna and has recorded more than 4 titles for Deutsche Grammophon-Universal with him.
Winner of the ARMEL / ARTE competition in 2014 in Budapest, in Vienna, performing the main part Punch and Judy from Harrison Birtwistle.
In 2015 he sang in the Merry Widow at the opera of Nice conducted by Philippe Auguin , in a concert Richard Strauss with Silvia Sass in Rome, in Turandot and Death in Venice conducted by Roland Boer at the opera of Nice , Ludwig in the saint Elizabeth‘s Legend ( Liszt ) in Lisboa with Carole Sidney conducted by Arturo Tamayo…; Schoenberg Serenade at the national radio in Lugano and at Schoenberg Centre in Vienna conducted by Arturo Tamayo , Figlia del Regimento at the Teatro Nuovo of Torino conducted by Michele Spotti, Carmina Burana at the Art Centre Bibliotheca alexandrina conducted by Hisham Gabr , Boheme conducted by G. Rath , masterclasses in Paris.

OCTOBER: - Stabat Mater by Dvorak on the french riviera ( with Alain Joutard )
- L Uomo in Senza Sangue by Peter Eotvos in London
- 2 concerts in Taiwan with Miranda Jan

NOVEMBER : - Mad Dog in the boy who grew too fast by Menotti in S. Francisco
- the Pharaon in Moise by Rossini in Nice( with Wolfgang Doerner)

JANUARY 2017 : - Nemo and Flip in the little Nemo a worldwide creation by David Chaillou in Nantes

FEBRUARY : - Nemo & Flip in The little Nemo at the Auditorium of Dijon + CD recording
- Don Parmenione in L occasione fa il ladro by Rossino at the
Bibliotheque of Alexandrie ( with Hisham Gabr )

MARCH : - Nemo & Flip in The Little Nemo at the Opera of Angers
- Malatesta in Don Pasquale in Torino

MAY : - Marullo in Rigoletto by Verdi ( with Roland Boer , Mihaela Marcu ) in
Nice
- Monteverdi ‘ s Vespers at the Abbaye of Cluny with Jean Louis Rebut and Emiliano Gonzalez

JUNE : - Gala concert at the Opera of Nice with Francois – René Duchâble

AUGUST : - Organizer and performer of Musical Cruise on MSC from Venise till Athens

SEPTEMBER : - la Belle Hélène at the Opera of Nice with Bernard Pisani
- Recital with Julie Adams at the Golden Gate Opera in CA

OCTOBER : - Fauré ‘ s Requiem with the Orchestra of Avignon conducted by Michel Piquemal .

NOVEMBER : Broadway songs Gala in Nice and Operette arias and duets with
Pauline Courtin in Cannes.

DECEMBER : Opera arias with Helen Kearns at the Festival of Carros

He will soon sing The Count in Le Nozze di Figaro at the National Opera of Greece, Gregorio in Romeo and Juliette at the Opera of Nice , the Landgrave Lewis in the Legend of Saint Elizabeth ( Liszt ) at the Festival la Cuenca under the baton of Arturo Tamayo, Recital with Patrick Nebbula in Cannes , Douce et Barbe Bleu ( Isabelle Aboulker ) in Paris , Marcello (Boheme of Puccini ) in Bucarest , Cyprus , Thessaloniki and Sydney…

He works regularly with Madame Sylvia Sass on vocal technique.

Any message that you send here will be checked by Audition Oracle for suitability (to filter out spam), and then forwarded to Richard Rittelmann.