Life in the Opera Mafia 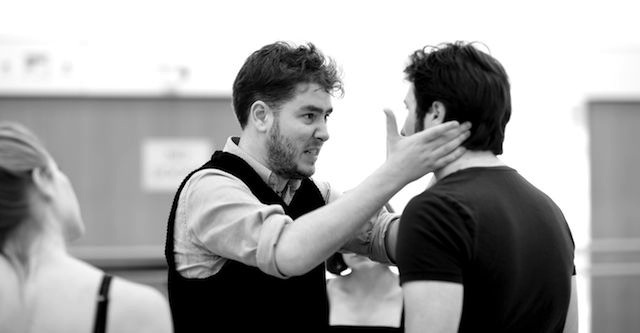 Life in the Opera Mafia

When I was first asked to write this blog, my mind leapt to two immediate concerns – firstly, how was I going to follow the sensational piece written by the wonderful Rachel Nicholls (with whom I’ve had the insanely good fortune to work with on several projects, including a Ring Cycle and Isolde at Covent Garden); and secondly, what kind of thing could I write that would be interesting to an audience made up mainly of singers? I’ve worked a lot with groups of actors and directors, but they’re a special breed all of their own (as we all know!) – and I hate pieces that have been written from the point of view of giving advice (“The Top 10 Things We Want to See in a Rehearsal Room”), because those things differ so markedly between people, and what works for one situation may not be so great for another.

So, perhaps that’s a good place to start – subjectivity.

Whether we like it or not, the business that we’re in is largely one based on personal taste. This huge level of subjectivity is a feature of every aspect of our work, from auditions through to performance, and is often the single most important thing in determining whether we get work. It is also the single thing that is most out of our control. Here’s an example: I directed a production at the Linbury Studio in Covent Garden. Two reviewers from different respected media outlets, seeing the same show with the same cast on the same night, emerged with wildly different opinions. One loved it and gave it 5-stars (the best review of a piece I’ve ever had), the other hated it and gave it 2 stars (the worst review of a piece I’ve ever had). Neither was right, of course - they had each experienced the show differently and their written critiques reflected that – but this was a huge lesson for me about the deeply subjective nature of theatre. It also taught me, once and for all, that reviews don’t matter (…and saved me a lot of money when I didn’t renew my subscription to the newspaper that reviewed me badly...!)

But this isn’t just the case for reviews after the fact. When I’m invited to audition panels (which, more and more frequently, directors are not), I’m often asked afterwards for feedback. I’d really love to be able to highlight the one thing that could be improved upon to ensure that that singer could breeze through the next audition they do, but it isn’t that simple. Singers at auditions are human – we know that waking up in the morning with a sore throat or having your boiler break down robbing you of a hot shower before the audition can impact your performance. We try really hard to have done our homework on people and to have heard some clips on youtube or asked colleagues that have worked with you what you’re like in a room. But, of course, we can only go on what we experience first-hand.

Which isn’t to say that the audition panel experiences everything the same way – just as auditionees are victims of human subjectivity, so is the panel. I don’t think I’ve ever come out of an audition (or a performance!) and been in perfect agreement with my colleagues. Tastes vary enormously, and while I’m more adept at picking up on dramatic strengths and weaknesses, I’ve been in enough rehearsal rooms to have developed an ear for the kind of sound that I like. And sometimes it’s at odds with the music director or the casting director or the artistic director who have been sitting alongside me. But decisions must be made – and so discussions are had, and cases for and against argued, with the result that someone gets the job and someone doesn’t. And so, when asked for feedback afterwards, it’s almost always impossible to provide a silver bullet answer.

The lesson I’ve learned from this, in the same way as the different reviews I mentioned earlier, is that we have to be true to ourselves and maintain our self-belief regardless of what we get told by others. The importance of auditions, and meetings, and presentations, and competitions looms large over our lives as freelance artists, but we have to have the courage of our convictions in saying “I have a spark within me that needs to be seen”. In many ways, freelance artists must become much more inured to the criticism they receive than those of other professions.

Like a porous rock, a teacher of mine once said, we need to be able to meet the wave of criticism head on without giving way and then slowly filter things through until we have access to ideas we can actually use. It’s not easy, but it’s necessary.

This resilience also applies to looking for work as well. When I first arrived in the UK, I wrote to every London-based opera company I could find on the internet (a few hundred) to ask for a meeting. The response rate was less than 1%, and of those that did reply, only a few were willing to talk with me. But out of those companies that were interested in meeting, I was able to find work that helped pay my rent and allowed me to continue to explore the new world I’d arrived in.

Compared to freelance directors, there is an abundance of opportunities that exist for young singers, and services like Audition Oracle have made it much easier to access these. But, of course, applying for auditions is only half of the story – the other half is in knowing people and finding champions from both within and beyond the performing arts industry who will help us as we pursue our dreams. In previous talks and workshops I’ve given, I’ve referred to this as finding your mafia.

Take, for example, the whole of the performing arts industry itself – a large, sprawling artistic network of producers and theatres and companies and donors and theatre-goers. Within that, there is an Opera Mafia – people who really dig opera, as opposed to text-based theatre or ballet or contemporary jazz (although, of course, they can like these things as well!). Within the Opera Mafia, there might be an Early Music Mafia, and within that a Handel Mafia, and for a young soprano with a passion for that sort of music and an instrument that complements it, this can be a wonderful place to find people who share that passion and have maybe accrued more contacts or experience that might help with starting a journey down that specialisation. But how to find these Mafiosi?? Music libraries, performance venues and, of course, the internet can reveal many Societies, Clubs, Journals, Periodicals, even Facebook Groups that can be incredibly useful sources of information, scholarship and assistance. And, of course, it doesn’t end just with specific genres of music – unlike the real mafia, you can belong to several clans all at once! When I first arrived in London, I sought out the Australian Mafia who were able to provide me with advice and support about their own relocations to the UK. I soon found the New Writing and the Shakespeare Mafias (both enduring loves of my days at drama school), and through them I was able to explore lots of theatres that I may not have come across as easily without their guidance. Like most of my compatriots, I am now a seasoned veteran of the Visa Mafia – a clan which may get a sudden upsurge in numbers when Brexit details are announced – and I can now discuss the relative merits of Tier 5 and Tier 1 visas with a reckless abandon that betrays the economic and emotional hardship that accompanies citizenship of a non-EEA country.

But perhaps the thing that the Mafia idea underscores most clearly for me is a concept that I was forced to learn right at the very start of my career – you don’t need to do it alone. I can still remember the pressure I felt as a first-time director working on a low-budget show and feeling that I had be on top of every element of the production process from scheduling to painting the floor. I have always by nature been a perfectionist, and I felt that I’d be letting the team down if I wasn’t completely on top of every little thing. It certainly made for some creative diary-balancing, but it became apparent that while it’s entirely possible to isolate yourself in pursuit of your Art, it’s not always necessary. Opening up my artistic life to colleagues and friends and family has enriched it rather than, as I feared then, watering it down. Several opportunities have been created as a result of reaching out to others – of allowing my Life into my Work. Not everyone has this particular problem, I know, but for me it opened up a huge avenue of possibilities once I realised that talking about process and endeavour and failure and dreams and the work that I pour so much of myself into is the best way to strengthen the connection between my artistic life and my personal one.

As artists, we have chosen to eschew conventional career and life paths and have embraced the deep need inside us to create, to express and to paint –with pictures, words, movement or voice – the world around us. We each have within us a spark, and by believing in its ability to become a fire, by searching out those who will keep it safe from the winds of doubt, and by sharing it with those who will appreciate its warmth, we can join our flames with others and play a part in shining light into the darkness.

Greg is an Australian-born director specialising in opera. Following training in drama and law in Melbourne, he moved to the UK where he was on the Trainee Resident Director Scheme at the King’s Head Theatre before becoming the youngest ever director to join the Young Artist Programme at the Royal Opera, Covent Garden. Named ‘One to Watch’ by The Independent, in 2015 he was appointed Jette Parker Associate Director at the Royal Opera and now works as a freelance director and dramatic coach. Greg is on the Opera Committee of Stage Directors UK. www.greg-eldridge.com