Due to the generosity of the wonderful Opera Cabbie we are delighted to announce that this month there are not one but three x £300 Audition Oracle Singers’ Preparation Scholarships being awarded. 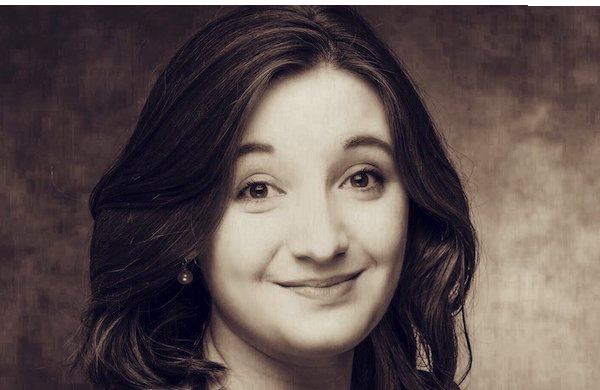 We are delighted to announce that the first of these three £300 bursaries have been awarded to mezzo soprano Beth Margaret Taylor.

Beth has chosen to work with international mezzo soprano Caitlin Hulcup on her forthcoming roles of Arnalta (L’incoronazione di Poppea, Monteverdi) with Longborough Festival Opera and Rosmira (Partenope, Handel) with Iford Arts Festival. Beth’s year doesn’t not stop there as she then goes on to sing Queen/Cuckoo/Cat (La Bella Dormente nel Bosco, Respighi) with Opera De Lyon. Beth will also represent the UK later this year at the International Vocal Competition s’Hertogenbosch (IVC) in the Netherlands.

We look forward to catching up with Beth later in the year when she begins rehearsals. Until then, we hope you will enjoy listening to Beth’s mesmerising voice as much we did!

Beth Margaret Taylor is in her final year of Postgraduate study at the Royal Conservatoire of Scotland, under the tutelage of Iain Paton. She graduated from the RCS in 2016 with First Class BMus Honours and was awarded the Florence Veitch Ibler Music Prize for Excellence in 2016. In 2012, Beth was the youngest graduate in the UK to be awarded a Diploma in Music and Humanities from the Open University.

Beth has been received numerous awards towards her studies and professional development. She is a grateful recipient of the Help Musicians UK Fleming Award, a Help Musicians UK Maidment Scholarship in 2017 and is also kindly supported by the Countess of Munster Musical Trust and the South Square Trust.

In competitions, Beth has won the prestigious Governor’s Recital Prize at RCS in April 2016, the Elgar Spedding Lieder and the Hugh S. Roberton Scottish Song Prizes in 2017. She will be representing the UK in 2018 at the International Vocal Competition s’Hertogenbosch (IVC) in the Netherlands.

Beth has already shown immense potential and has collaborated with many of the UKs foremost professional musicians. She is a soloist and ensemble performer for the Dunedin Consort, Sestina, Genesis Sixteen, Kellie Consort and most recently, the Royal Scottish National Orchestra. Beth has performed chorus and soloist works in some of the World’s leading music festivals including the Edinburgh International Festival, the Hertfordshire Festival of Music, the New Generation Festival in Italy and the St Magnus Festival in Orkney.

Beth has been fortunate enough to participate in masterclasses with renowned artists such as Sarah Connolly, Susan Graham, Sir Thomas Allen, Dame Emma Kirkby and Jennifer Larmore, whom she now receives further coaching with in Paris.

Beth has also been Glasgow's Under 26 Ambassador Representative for Scottish Opera since 2014, where her passion for opera helps to promote more young people to attend and appreciate operas throughout Scotland. She also has a great interest in the field of ASN music education and outreach work. She was appointed vocal tutor with the Paragon Ensemble in 2014 as a music facilitator for young people with complex additional support needs.