Moving Over to the Dark Side

Our latest guest blog comes from voice tutor, public speaker and mentor Angela Durrant on how her move from classical to contemporary training transformed her voice, thinking and income.

Moving Over to the Dark Side

Is it time for the classical world to stop seeing different vocal styles and training as unhealthy and inferior? 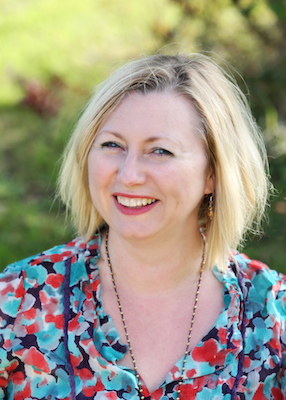 If you have ever felt like you hit a brick wall with your career aspirations then you will understand when I describe that’s what happened to me. What you may not identify with is what I did about it, and how it not only changed my voice but my thinking, but also my whole approach to music (and my income too).

It’s also unfortunately why most people who want to go into a career in singing will fail and live a potentially unfulfilled life not knowing why it isn’t working. When no one is telling you why and how to fix it, and you are singing your heart out with one rejection after another, something has to give.
I did the music college thing and started the audition process as every other singer does. It was a mixed bag of some success sprinkled with lots of rejection. It was demoralising at times, but singers are a determined bunch. We know we must keep going and get used to getting the “no’s” that inevitably come with embarking on a career in singing.
I don’t think things have changed but when I was at college there was a belief that if you were with the “right” teacher, somehow the career of that retired performer would fall on you and the mantle would pass from one to another.  In other words, the opportunities would be yours and you would be noticed and shepherded towards the bright lights.

"...I left music college not knowing anything about the anatomy of the voice"

In fact I left music college not knowing anything about the anatomy of the voice, it’s workings, and an understanding of where exactly my strengths and skills lay and how to plan the way forward. I was waiting for someone to see the potential in me and give me a chance, but I thought I could really sing and it was just a matter of time.
One day I stopped and I looked around me, and I was frustrated. I was frustrated with not knowing why and how to fix it, so I checked out. It was the hardest thing I have ever done and I felt a strange shame, like I had betrayed the cause. I cried for a week.  It was like a dream dying. I was over 30 by this point and I wanted a family too before it was too late. It’s perfectly fine to want a career and not want children and vice versa. What wasn’t right for me was putting things on hold believing that the career alone would answer my need for happiness, or that I would only feel I’d “achieved” or “arrived” as a singer or a person when I got into X college or Y company or sang Z roles.
What rose out of the ashes was a desire to really understand everything I could about how the voice worked. I married and had a baby but my music desires wouldn't die down so I decided as others do to supplement my income with some teaching. That’s when a light bulb hit me. Firstly I was savvy enough to see that the 80 per cent of people coming to me were not wanting to sing classical and if I wanted to keep this thing going I needed to look in a different direction.

I couldn’t teach what I couldn’t do. It simply wasn’t enough to rely on what I had been taught, it wasn’t enough. I thought I understood singing until I had to teach it. Telling people to “brighten the sound”, “support it” and other such phrases was simply not landing with people.
I decided to seek out as many approaches to singing as I could and I what I discovered over 8 years ago now, transformed my own voice. I began studying a method called Speech Level Singing at first. It was the work of Seth Riggs, a classical singer working with contemporary singers like Michael Jackson, Stevie Wonder and Barbara Streisand. The method is based on traditional bel canto techniques brought up to date in terms of exercises and language. They had a teaching program and I enrolled on it. I continued with a spin off organisation called IVA (Institute of Vocal Advancement) and am still a tutor with them now.

"...technical issues that had not been solved in 15 years were eradicated in less than 18 months."

The result was technical issues that had not been solved in 15 years were eradicated in less than 18 months. I began to understand how to sing through the passages and actually began to develop  a bottom as well as a top to my voice. The effect was marked on my students too, with success after success. I was discovering my own voice as well as the voices of others.
I also did some study with the Estill model and the science behind how the works works. I was like a sponge. A new world had begun to open up to me and for the first time in a long time I could see why I had failed before.
My teachers encouraged me to explore singing in others styles and develop my coordination so that I could sing more contemporary theatre and pop. It was a challenge but within a couple of years of studying and teaching I had been able to master singing all styles of music. I was able to belt as well as project a classical voice. Singing became the most natural and easy thing in the world. I had to leave the world of classical teaching in order to actually find my voice in all it’s aspects.
As I write to you now I have worked with over 700 singers 1-2-1 and began to mentor all singers in a way that I only wished I had been mentored. Truthful feedback and a specific path to build their voices, their repertoire, artistic styles and confidence. Many of my singers not only gained the voice they always wanted but career opportunities too. Not because I was a guru, but because I could walk them through every change needed to get their voices to actually work. Once they found it, the biggest comment was that it felt easy and natural.

Had I not sought out teachers working in other genres and pedagogies I would have remained a music college casualty. It’s a total passion of mine now that no singer should fail for lack of understanding about how their voice works and how to choose the right path for them. It’s simply not ok to keep training singers towards ignorance. We are in a new age where singers need to be as entrepreneurial as well as artistic. There is little funding for the classical arts and if singers are going to have any form of sustainable career they will need to know how to be versatile, how to create a website, a marketing plan, and the ability to really teach is all as important as knowing what roles to audition for.

Do I regret moving over to the “dark” side? (contemporary training and singing) - not at all. In fact it’s what led me to the light.

Angela Durrant was born into a musical family, her uncle was the famous George Formby and she was performing on stage from the age of 3. She spent 4 years as a sound engineer before completing a 4 year stint at the Welsh College of Music. She was a lecturer at the University of South Wales on their popular music degree course for 6 years and has trained over 700 singers and speakers. Angela has appeared on radio and TV talking about all things voice and now also runs a communications company called Talk Skills working with organisations like the Ministry of Defence. Her passion still remains with music and plans include a membership site for singers of all styles to embrace online learning so they can plug the gap in their knowledge and never have to stay in the dark when it comes to understanding their own voice and potential.