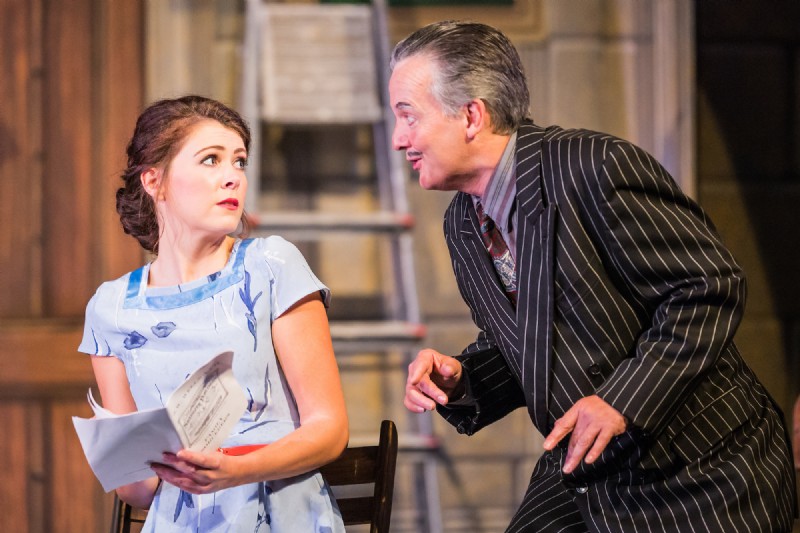 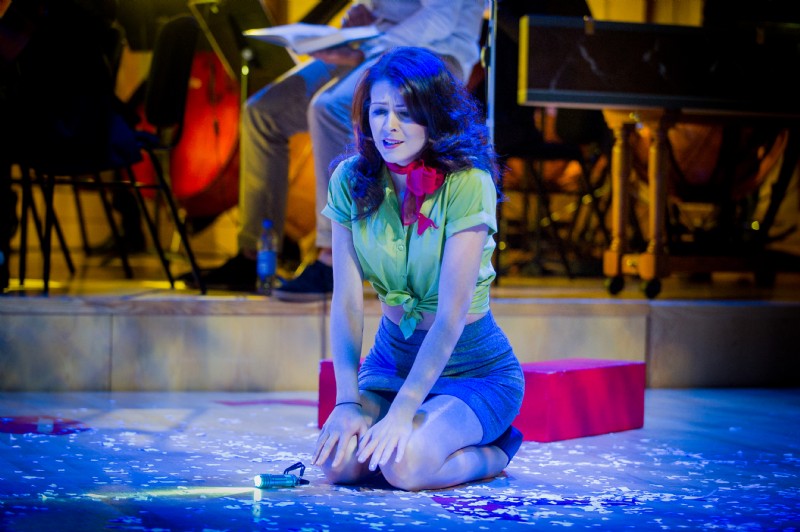 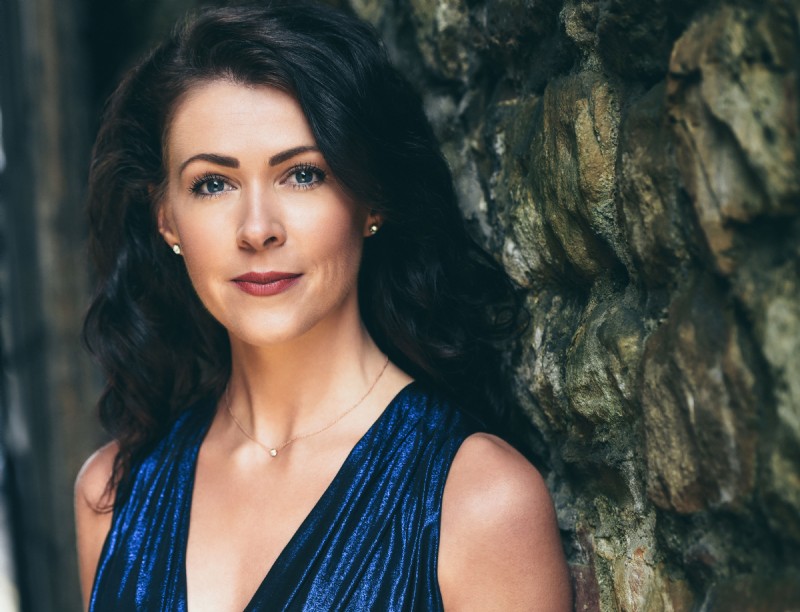 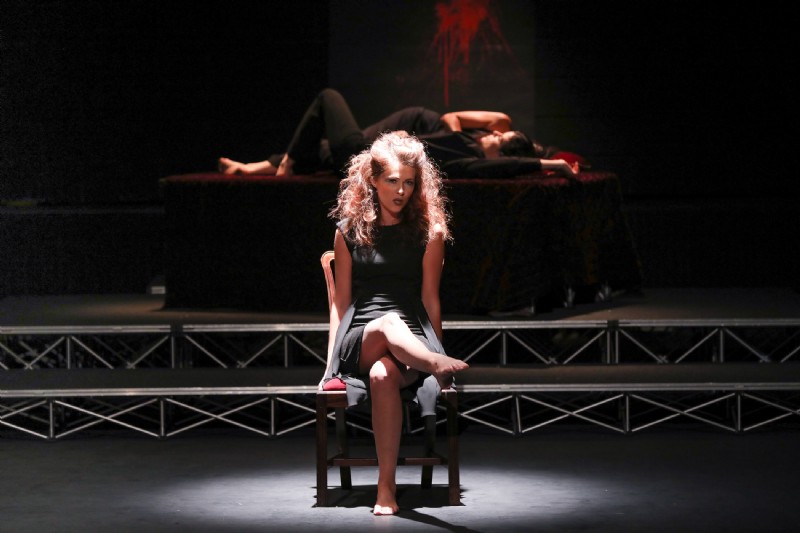 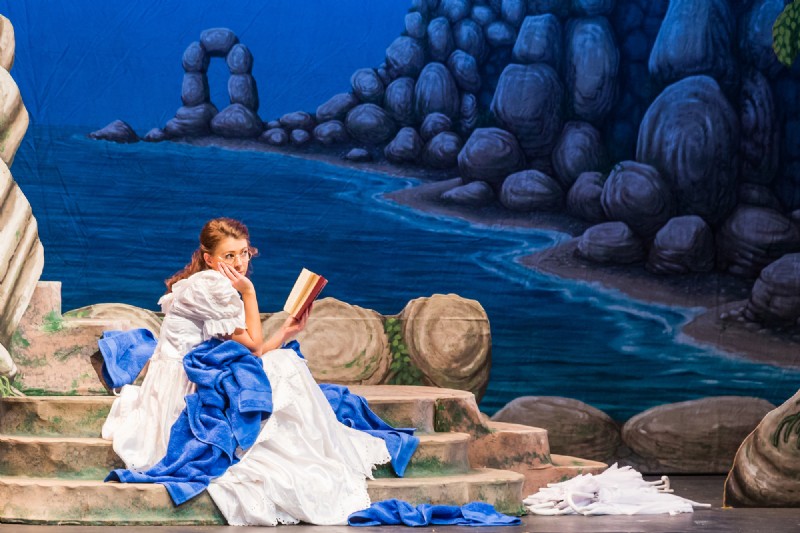 Mabel, The Pirates of Penzance 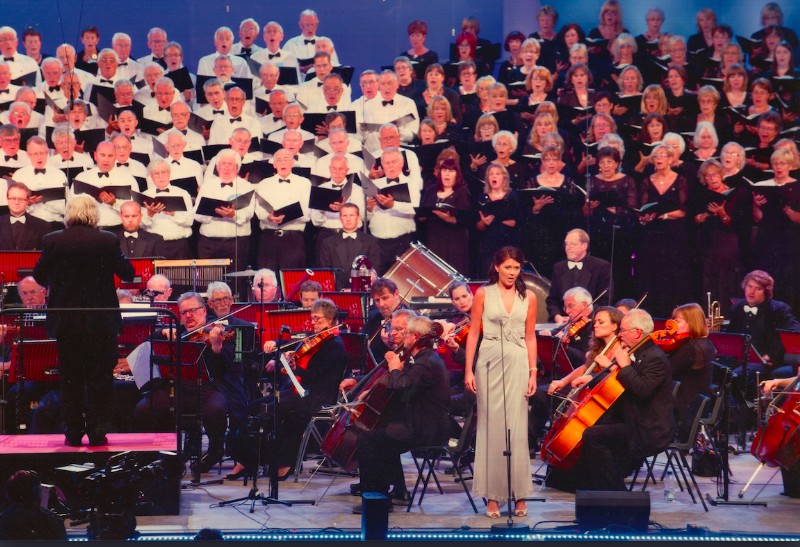 Minstrel, The Bards of Wales 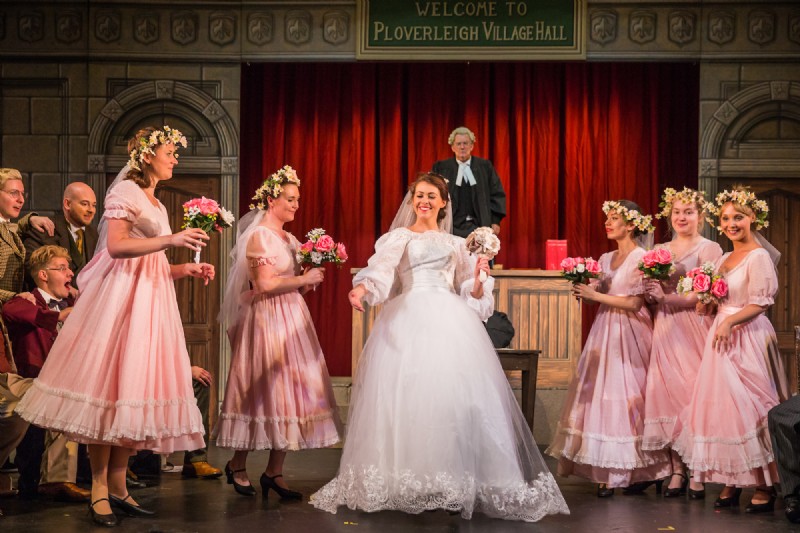 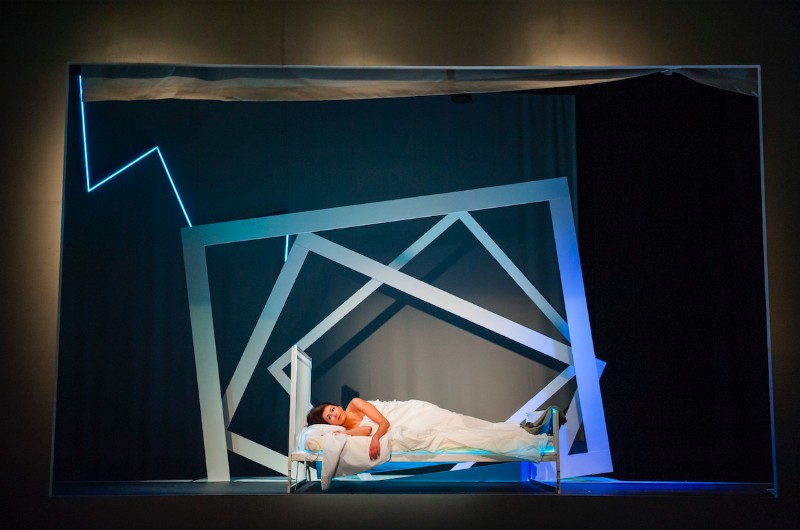 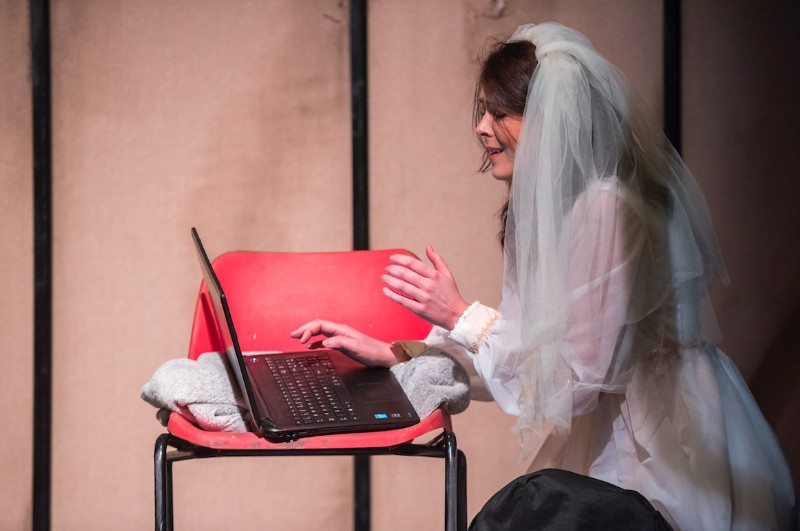 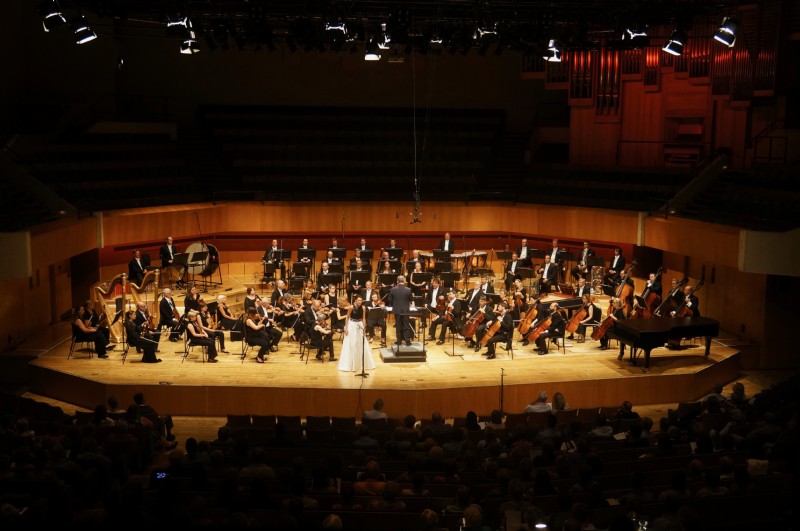 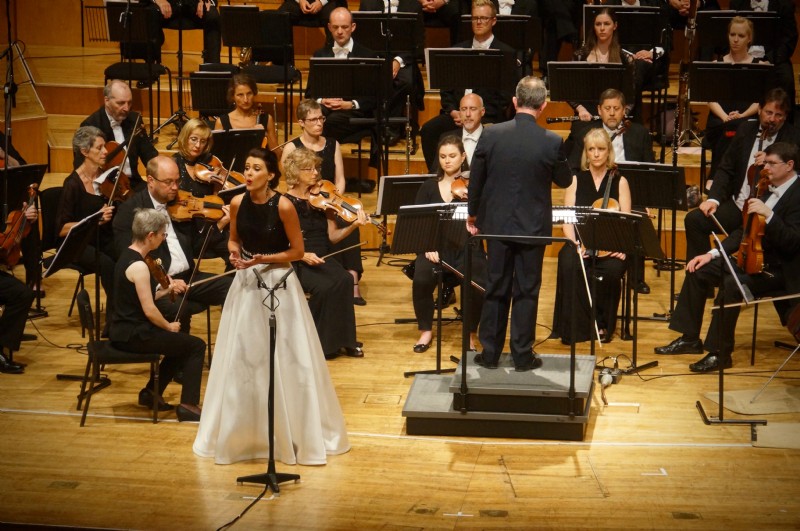 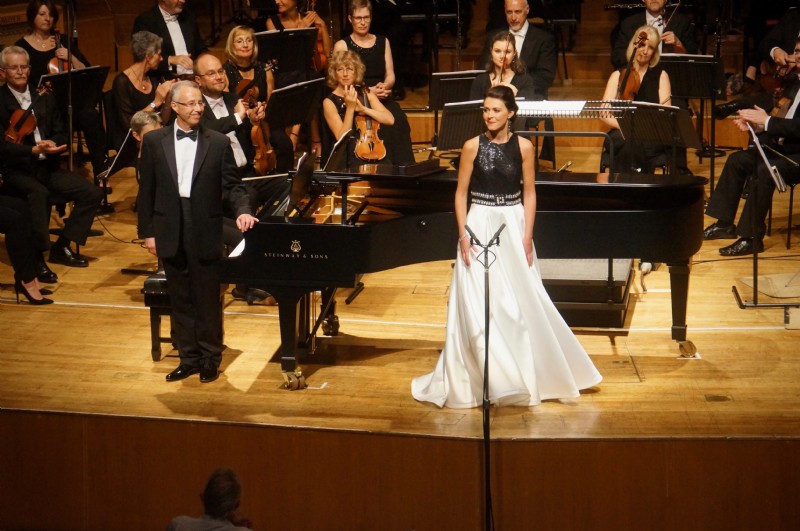 "Ellen Angharad Williams made a delightful Aline (as she was Angelina earlier) and partnered Alexis ideally with her wide range and strength of voice." - Seen and Heard International (2018)

"It would be remiss not to mention the mesmerising Welsh soprano, Ellen Angharad Williams as 'Mabel'. She was utterly charming on her debut performance with the company and she is certainly one to watch in the future. Her performance with the chorus girls was outstanding and her range of vocals incredible." - North West End (2018)

"Meanwhile Mabel sitting on a rock is absorbed in her book and ignores the girls' activity until they rebuff the advances of Frederic. Mabel's waltz aria is superbly sung with soaring top notes by Ellen Williams" - Seen and Heard International (2018)

"Ellen Williams sang this demanding role with much poise and promise, her voice agile with silvery charm" - The Guardian (2017)

"The Semele of Ellen Williams was convincingly self-absorbed and she sang with both grace and agility. Her interpretation of both 'Endless Pleasure' and 'Myself I shall adore' were among the highlights of the evening and revealed distinct promise" - Seen and Heard International (2017)

Welsh soprano Ellen Angharad Williams has been praised for her “poise and promise, her voice agile with silvery charm” (The Guardian), and has been described as singing “with heart-piercing sweetness” in The Times. Ellen has performed in many of the UK’s most prestigious concert halls including the Royal Albert Hall, Cadogan Hall, Royal Concert Hall Glasgow, Bridgewater Hall, the Brangwyn Hall, the Wales Millennium Centre and St. David’s Hall where she was a finalist in the Welsh Singers Showcase in 2018 and performed with the BBC National Orchestra of Wales. Ellen has also sung the soprano solo in the Fauré Requiem in St David's Hall and excerpts from Handel's Messiah. Further works include the soprano solo in Haydn’s Creation in the Brangwyn Hall, Orff’s Carmina Burana in Gloucester Cathedral conducted by Adrian Partingon and in St. Mary in the Castle in Hastings, and Bach’s Magnificat and Christmas Oratorio in Llandaff Cathedral. Ellen has performed in many UK classical music festivals including the ‘Winning Professionals’ recital at Fishguard International Music Festival, the Young Artist's Recital in Cowbridge Music Festival, the Royal British Legion Wales Festival of Remembrance concert in St. David’s Hall, and appeared as The Minstrel in the Welsh premiere of The Bards of Wales conducted by Karl Jenkins, performed in the opening ceremony of the National Eisteddfod of Wales, sharing the stage with Rebecca Evans and Dennis O'Neill.
​
In opera, Ellen was contracted by the National Gilbert & Sullivan Opera Company in 2018 for performances in the International Gilbert &Sullivan Festival in The Harrogate Royal Hall, in Buxton Opera House and theatres across the country on their UK tour cast as Aline in The Sorcerer, Plaintiff in Trial by Jury and Mabel in The Pirates of Penzance, where her waltz aria was “superbly sung with soaring top notes” (Seen and Heard International). Ellen returned to the company in 2019 to sing the roles of Yum-Yum in The Mikado and to reprise Mabel in The Pirates of Penzance. Further operatic roles have included the title role in Handel's Semele with Mid Wales Opera “sang with both grace and agility” (Seen and Heard International), Zerlina (Don Giovanni) at the COSI Opera Festival in Italy conducted by Leslie Dala, First Niece (Peter Grimes) in the Dartington International Summer Festival conducted by Sian Edwards, Lady Harriet (Martha) for Burry Port Opera, Valletto/Fortuna (L’incoronazione di Poppea) for Ensemble OrQuesta, and chorus engagements have included Oliver Mears’ Eugene Onegin with Scottish Opera. Ellen completed her Masters in Opera at the Royal Welsh College of Music and Drama in 2017 where she studied with Suzanne Murphy and Michael Pollock, and during her studies was awarded the Aneurin Davies Memorial Prize and the Elias Soprano Prize and was fortunate to sing the role of Nannetta (Falstaff) conducted by Carlo Rizzi, Barbarina and cover Susanna (Le Nozze di Figaro), Emmie (Albert Herring), Cinderella in Massenet’s Cendrillon, and scenes as Sophie (Der Rosenkavalier) and Lakmé in gala concert with the Orchestra of Welsh National Opera.

Further highlights include singing the role of Nannetta in excerpts from Verdi’s Falstaff in a celebratory concert for HRH the Prince of Wales in Buckingham Palace, performing Baroque favourites with Rachel Podger in the Dora Stoutzker Hall, and taking part in a masterclass with Sumi Jo as part of the BBC Cardiff Singer of the World. Ellen appears regularly on Welsh television and was delighted to be selected as one of the "10 Divas" in S4C special with 10 of Wales' most prominent sopranos performing in Venue Cymru. Another highlight was filming Carolau o Landudno in Venue Cymru in 2014 with Rhydian Roberts, with whom Ellen appeared as his support artist on his "One Day Like This" UK Tour. Ellen is an alumna of Tibor Varga Music Academy in Switzerland, Dartington International Summer School, and COSI Opera Festival in Italy, and previous to her studies in singing, read Spanish and French at the University of Exeter.

Any message that you send here will be checked by Audition Oracle for suitability (to filter out spam), and then forwarded to Ellen Williams.