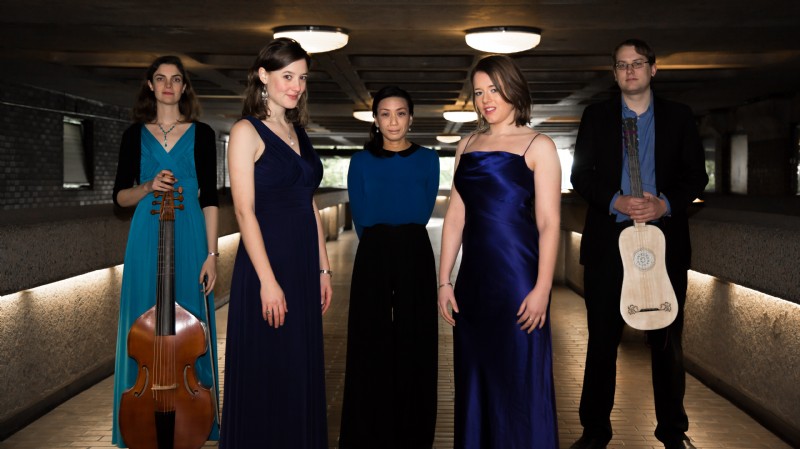 Having graduated with a First Class Honours Degree in Music from Durham University, Emily worked as an administrator for the National Youth Choir of Great Britain before beginning her studies at GSMD. Since moving to London, she has been lucky enough to study with esteemed musicians such as James Johnstone, Bill Carter, David Dolan and Joseph Crouch, who have inspired her to pursue her interest in chamber music and collaborative practice, resulting in the formation of her early music chamber ensemble Ceruleo in 2014. Ceruleo were selected to participate in the Brighton Early Music Festival Live! Scheme 2015/16 and will be making the debut in the London Festival of Baroque Music this year as well as their European debuts at Villa Bossi, Torino and the Oudemusik Festival in Utrecht in Summer 2016.

Alongside her studies, Emily has a busy freelance career, singing with groups such as Britten Sinfonia Voices, Philharmonia Voices, Florilegium, The Elia Ensemble and the Templar Scholars. Notable solo performances include Handel’s Messiah and Vivaldi’s Gloria (St Martin in the Fields) and well as in the London Handel Festival and at the John Tavener Memorial Weekend (St John’s Smith Square). She recently performed in the world premiere of John Tavener’s last major work ‘Flood of Beauty’ at the Barbican Centre with Britten Sinfonia Voices. Emily has also been found on the operatic stage, with roles such as the Countess (Marriage of Figaro), Belinda (Dido and Aeneas, Purcell) Arbace (Catone in Utica, Vivalsi), Actéon (Actéon, Charpentier), Venus (Venus and Adonis, Blow) and Josephine (HMS Pinafore, G&S)

Emily is a singing and piano teacher at ForeSound Academy of Music and Performing Arts, Manager of the Delphian Singers and Aspire Project Manager of the London Youth Choir.

Any message that you send here will be checked by Audition Oracle for suitability (to filter out spam), and then forwarded to Emily Owen.