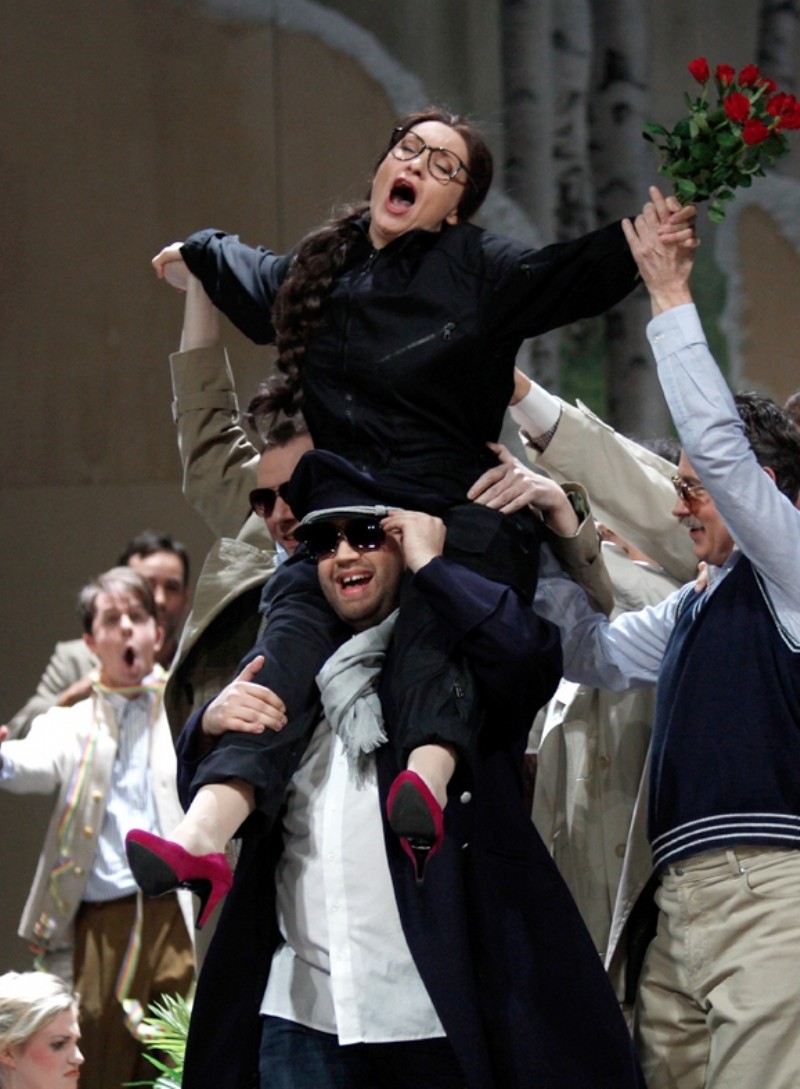 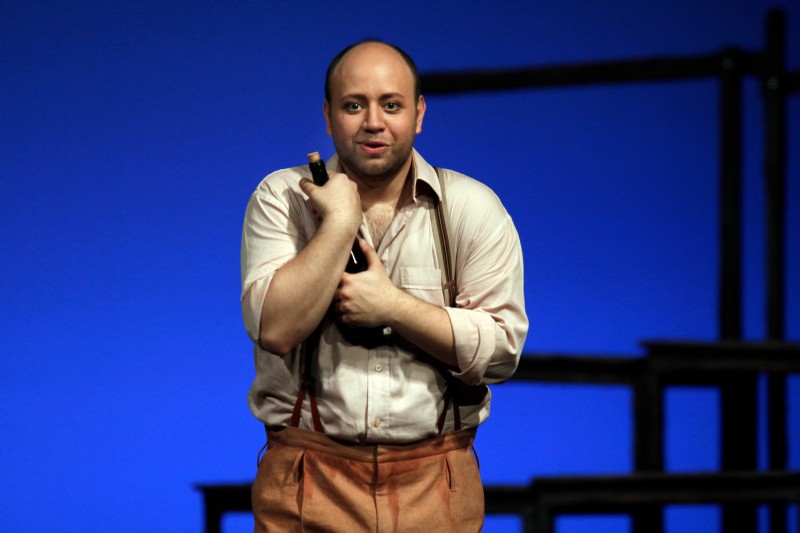 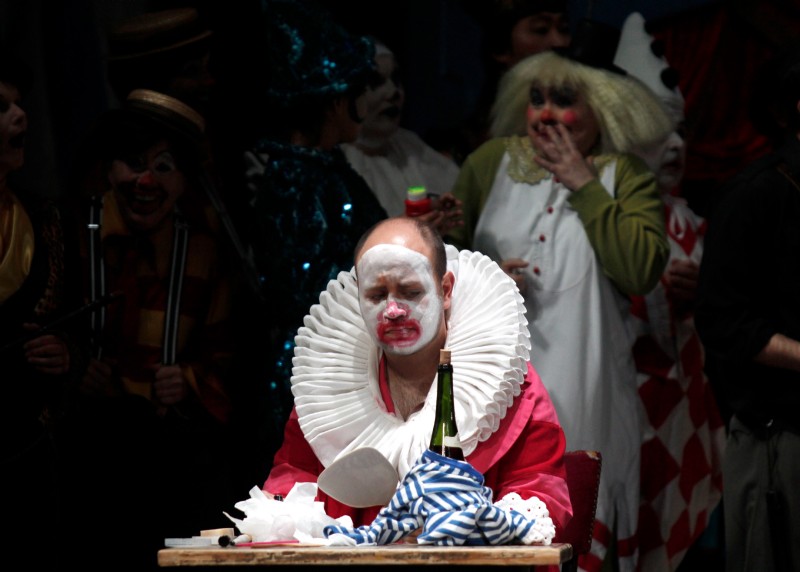 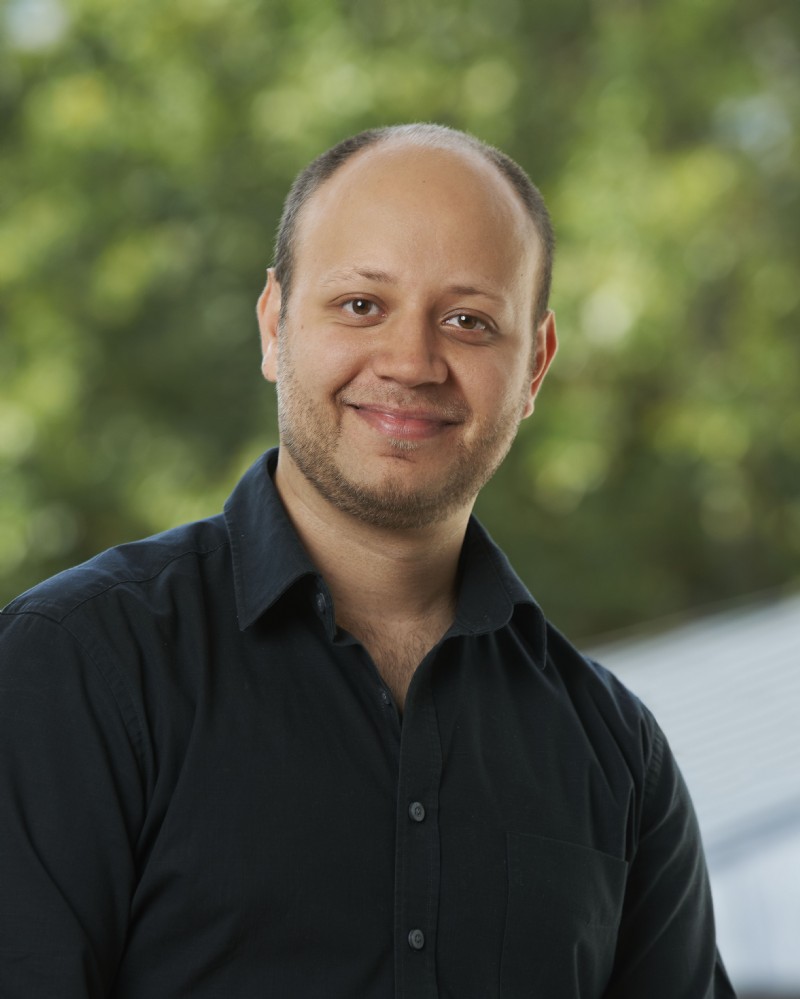 "With Ewandro Stenzowski we have a tenor that perfectly embodies the naivety and voluptuousness of the lover Nemorino. Exactly like his mimics and body language, his voice shows him as an emotional person". (2014)

" and then, there is Ewandro Stenzowski`s french singing. A bit Don Josè, but also still with mozartian qualities and a lot of italianità. For the central narratives in Holst`s opera he used a superb mix of Lied mystery and parody". (2013)

"beautiful - and above all, a technically well-developed voice has Ewandro Stenzowski as a well-timbred Don Ottavio ". (2012)

After his debut as Nemorino in Detmold last year, Stenzowski was invited to be a permanent member from this Opera House, and during this season sang roles like Cassio in Otello and Narraboth in Salome. 2015/2016 includes Rodolfo in La Bohème, Chateneuf (Zar und Zimmermann), Alfred (Die Fledermaus), and Aegysth in Elektra.

Besides his operatic repertoire (Lensky, Alfred, Nemorino, Gonzalve, Gabrielle Adorno, a. o.) Stenzowski is a well sought after concert singer. His debut in Europe was under the button of Helmuth Rilling with the Gächinger Kantorei and the Bach Collegium Stuttgart. His repertoire includes also some of the most important sacred music works: Rossini`s Petite Messe Solenelle, Verdi`s Requiem, Mendelssohn`s Paulus, Mozart`s Requiem, to cite a few. This repertoire continues to grow, and in 2016 Rossini`s Stabat Mater is already scheduled with the Mainzner Domchor and Orchestra, where he last year successfully sang the difficult tenor part of Franck`s The 7 Last words from the Cross.

Ewandro Stenzowski made his debut in Rio de Janeiro`s Opera House in 2010 as Janek (Makropulos Case) and in the concert version of Il Guarany by Carlos Gomes. He moved to Germany in 2011 where he sang Peter Quint in Britten`s The Turn of the Screw, followed by Don Ottavio in the Wilhelma-Theater in Stuttgart, and Hans in Scwarzwaldmädel for the NEMF. During the season 2012/2013 he was a member of the International Opera Studio Stuttgart, where he had the opportunity to work in Productions like Ariadne auf Naxos, Nabucco, Die Fledermaus, Norma, Osud, Die Schaum der Tage (Denisov). Previous engagements included: the double production of Ravel`s L`Heure Espagnole & Holst`s The wandering Scholar for the YOC in Freiburg and his debut as Stewa (Jenufa), on a new production directed by Dirk Schmeding.

Ewandro started his studies at the School of Beauty Arts in Curitiba - Brazil under the guidance of Denise Sartori and Lázaro Wenger. His Concert Debut was at the early age of 15. In 2001 he participated in the International Vocal Competition Bidu Sayao, getting the "Special Prize for Young Singers" with John Naschling, Luca Targietti (Teatro alla Scala) and the late Peter Shelley (Dorset Opera) on the panel. Finishing his Bachelor Studies at the Federal University in Rio de Janeiro, he moved to Germany, continuing studies (Master in Opera and Solistenklasse) at the Staatliche Hochschule für Musik und Darstellende Kunst Stuttgart in the class of Prof. Ulrike Sonntag. He also took part in many Masterclasses with renowned vocal teachers and coaches, among the names we could mention: Malcom Walker (Conservatoire de Paris), Shirley Close (Florida State University), Carlo Bergonzi (ITA), Peter Berne (GER), Graciela Araya (CHI), Neyde Thomaz (BRA), Helen York (Princeton/Manhattan School of Music).

He recorded Schumann`s Dichterliebe for the National Radio MEC (also a prize from a competition), and was invited to record the historical DVD about the Brazilian composer José Maurício de Nunes Garcia with the Cia Bachiana under the direction of Ricardo Rocha. Television appearences included i. a. excerpts from Bernstein`s "The West Side Story" and Gomes "Il Guarany".

His next engagements are: his debut as Canio in the Opern-Air Festspiele Nürtingen during the summer, and followed by Rodolfo, Alfred and Chateneuf in Detmold during the next season.

He pursues a Condecoration from the United Nations Peace Forces for special achievements in the cultural field and was a “stipendiat” from the Yehudi Menuhim`s Live Music Now Foundation, the Italian General Consulate in Curitiba, the Brazil-USA Cultural Center, the Brazilian Arts Foundation, the Association of Friends from the Hfm Stuttgart and from the Richard Wagner Verband.

Any message that you send here will be checked by Audition Oracle for suitability (to filter out spam), and then forwarded to Ewandro Stenzowski.