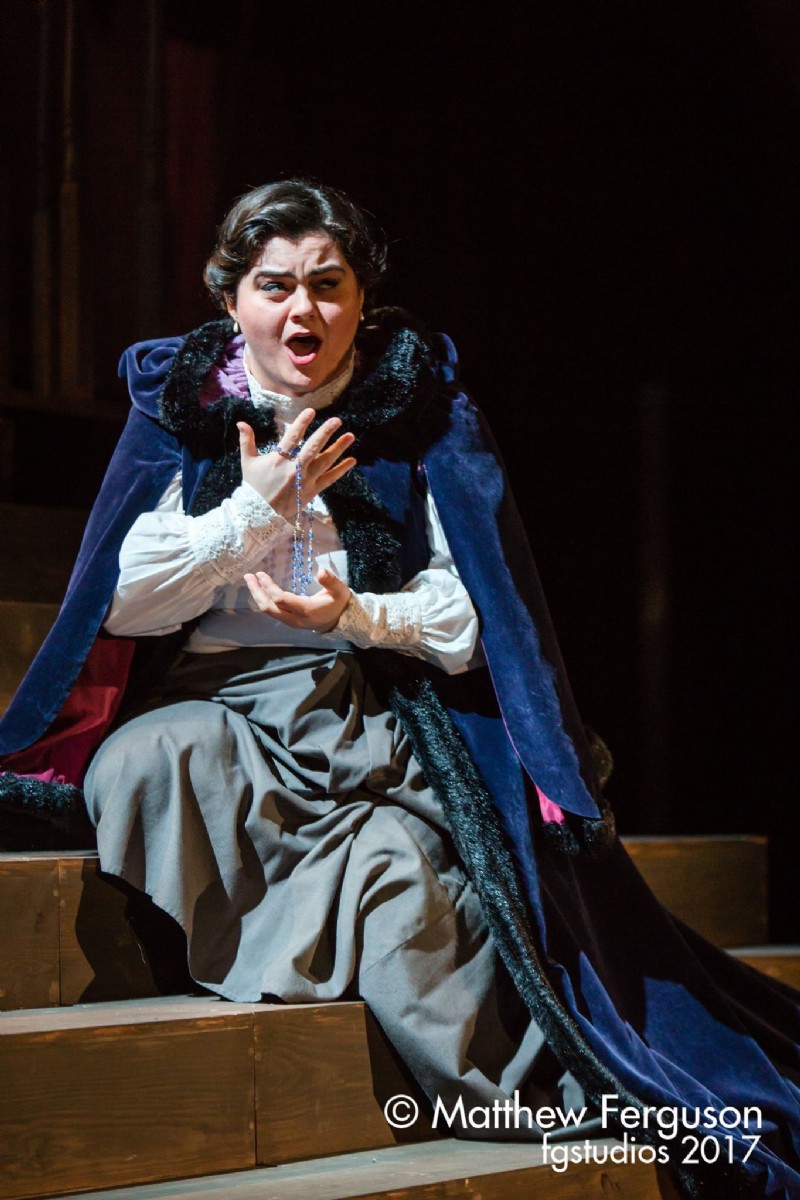 ‘Georgia Mae Bishop as Le Prieure delivers a stunning death scene as her impassioned mezzo-soprano generates a real feeling that she is searching her soul to its very depths. When we are used to the part being played by the likes of Deborah Polaski, we realise just how great an achievement it is for one so young to remain this powerful and convincing over such a sustained period.’ (MusicOMH) March 2018 (2018)

Born in Jersey, mezzo-soprano Georgia Mae Bishop is a recent graduate of the prestigious Opera Course at the Guildhall School of Music & Drama. She holds a masters in performance with distinction from the Guildhall School and a BMus (hons) from Trinity Laban Conservatoire of Music and Dance.

Whilst at the Guildhall she was the winner of the Chartered Surveyors vocal competition and a recipient of an Opera Awards Foundation bursary. Other competition successes include 2nd prize at the Wagner Society Singing Competition (2016) and finalist in Fulham Opera’s Robert Presley Memorial Verdi Prize (2017).

Any message that you send here will be checked by Audition Oracle for suitability (to filter out spam), and then forwarded to Georgia Mae Bishop.