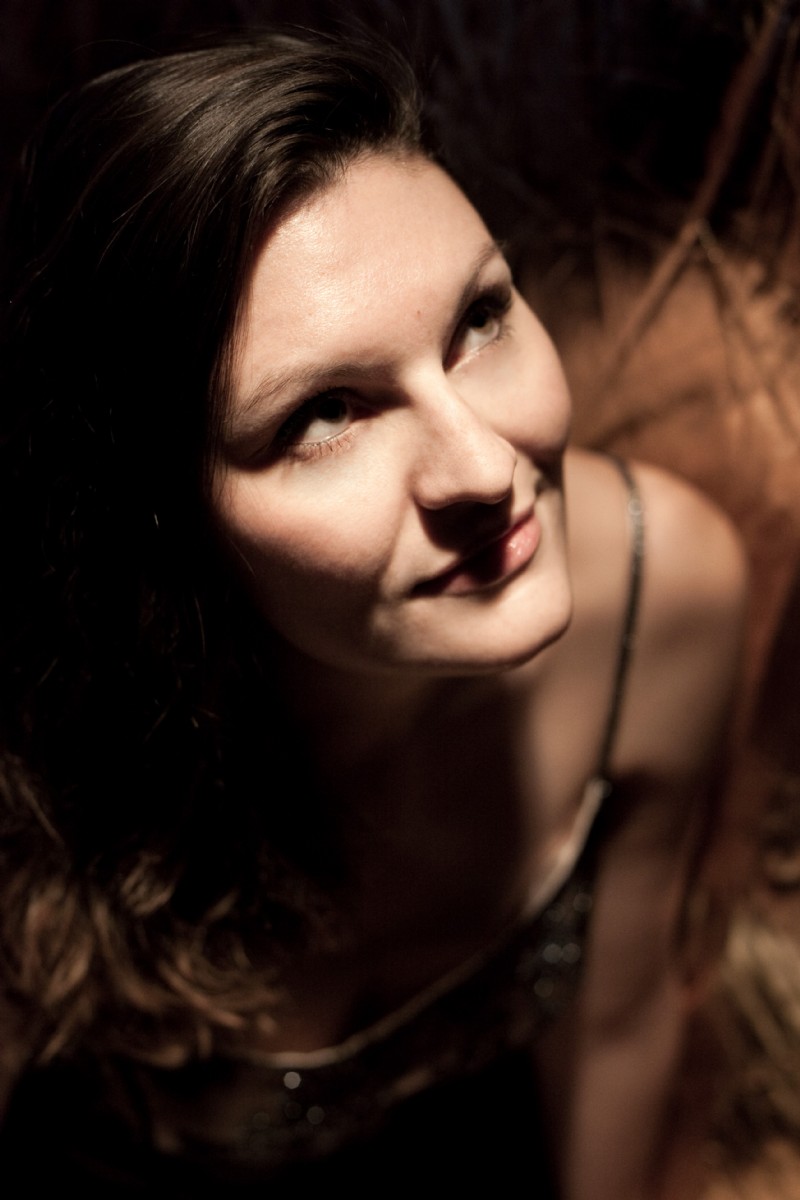 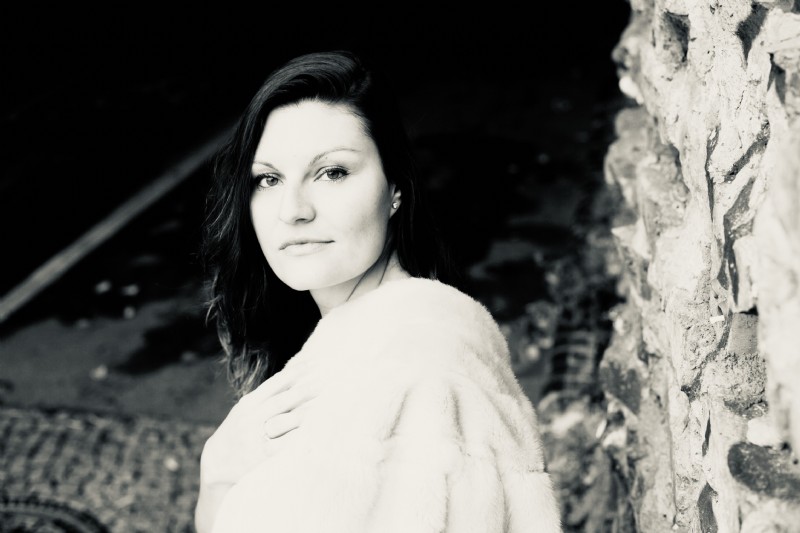 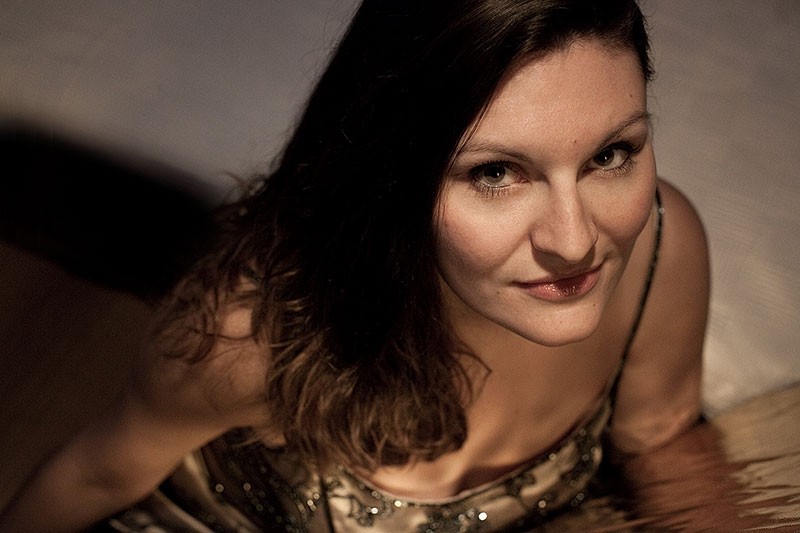 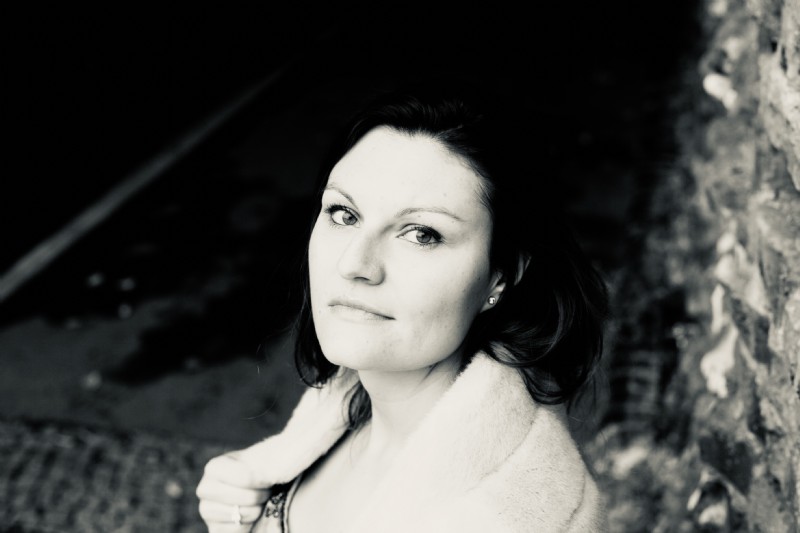 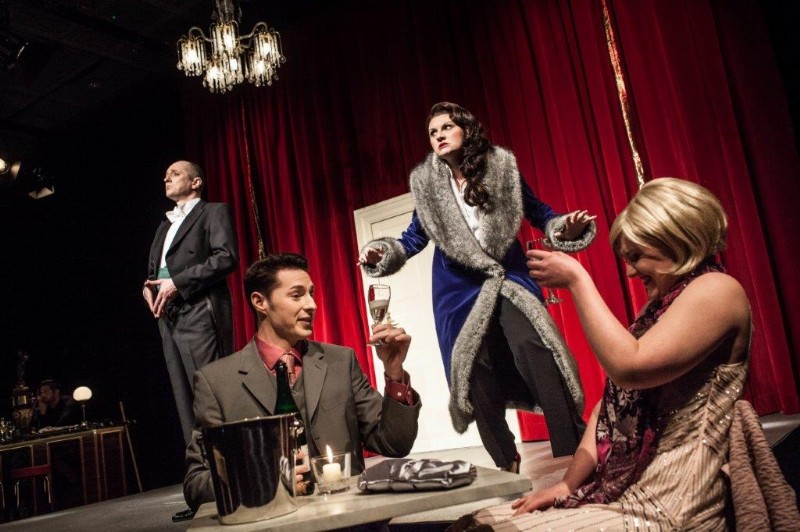 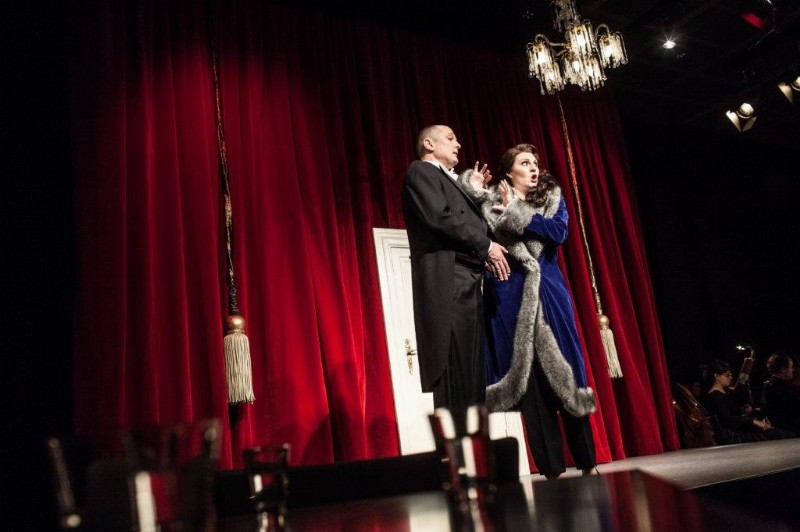 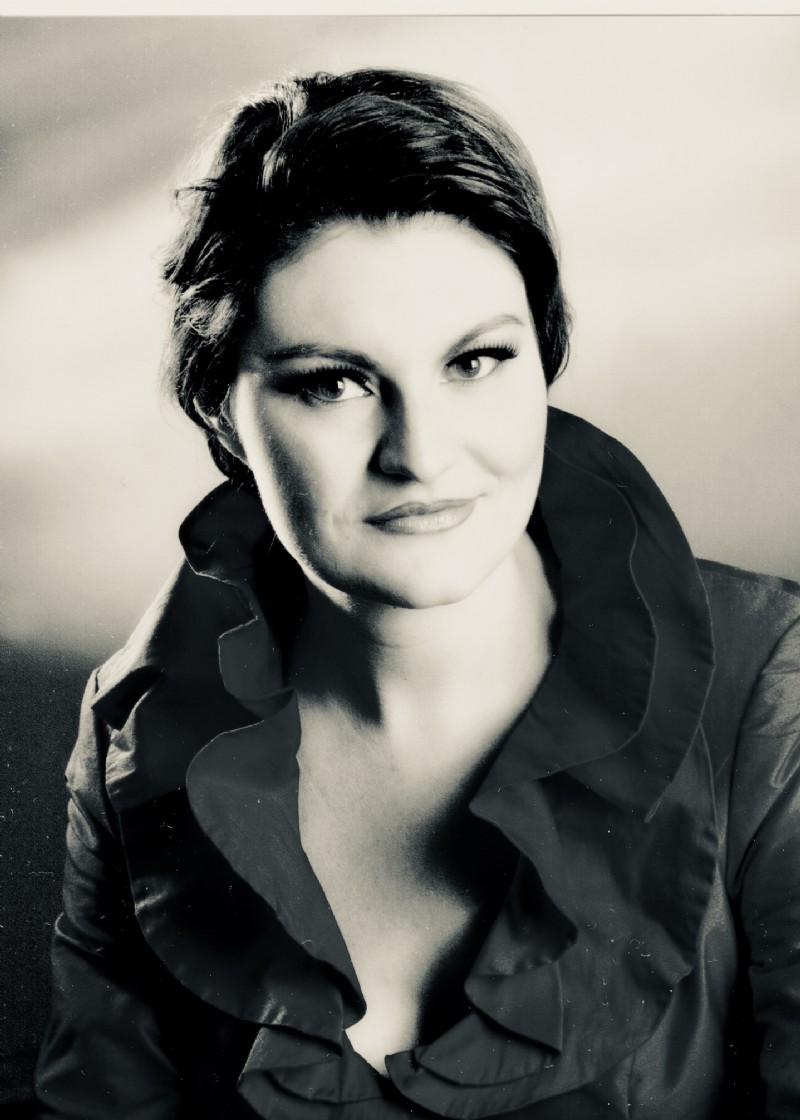 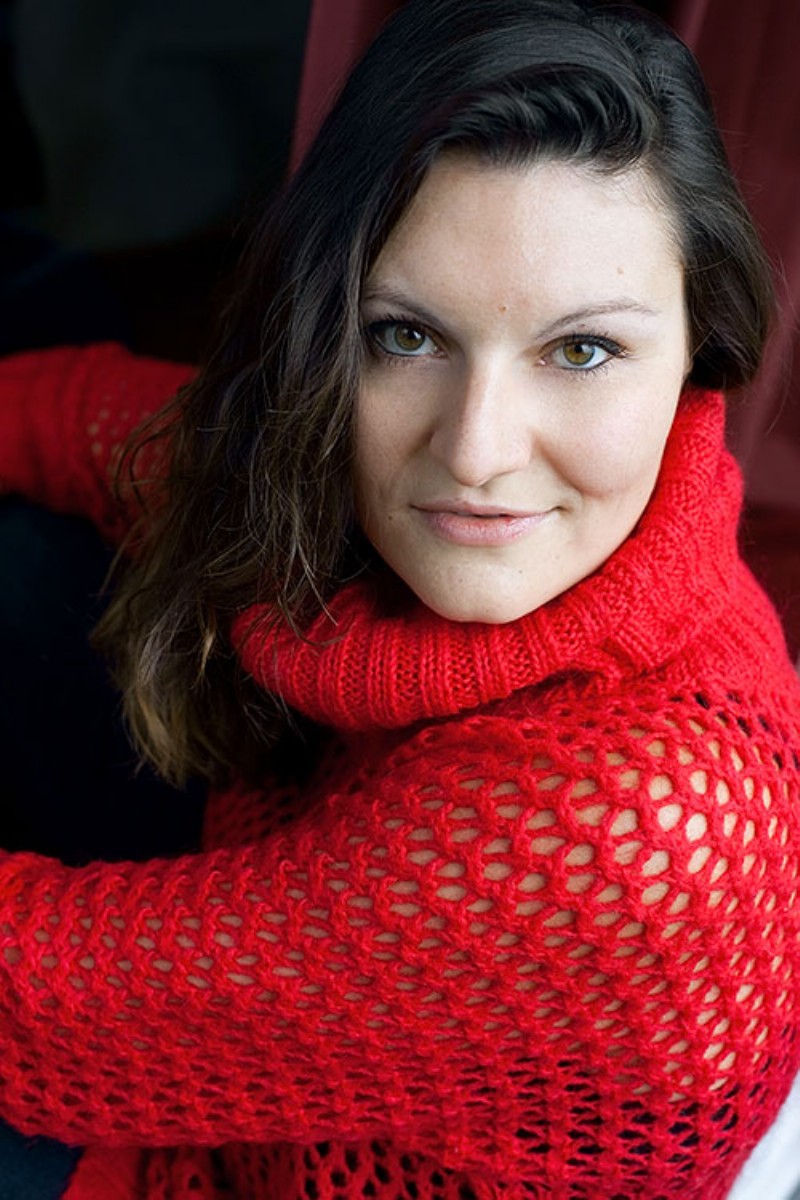 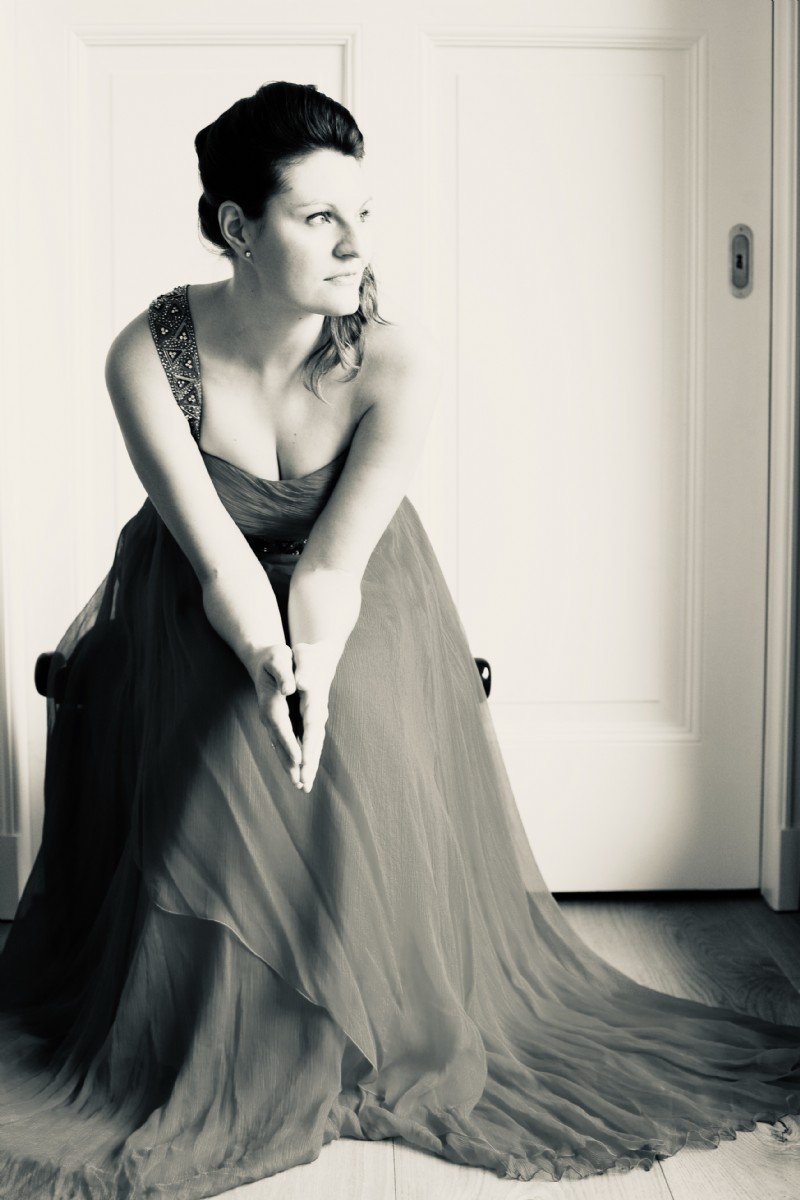 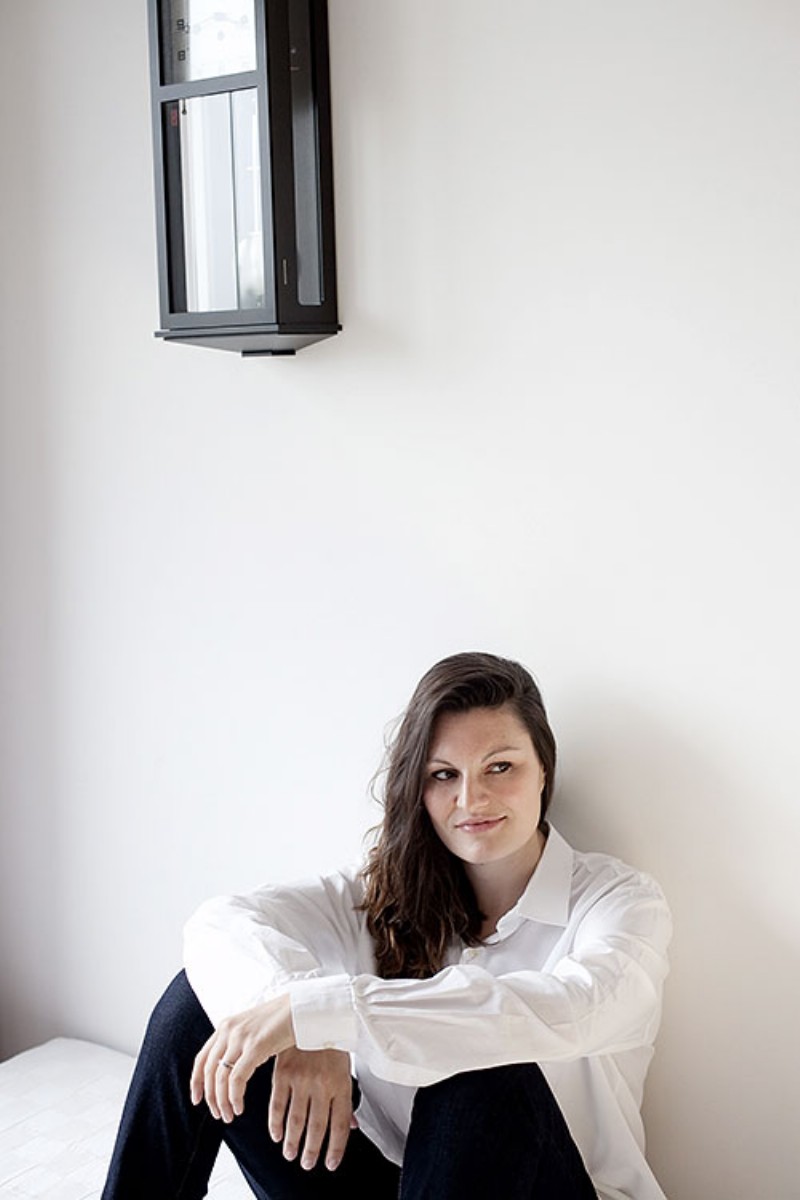 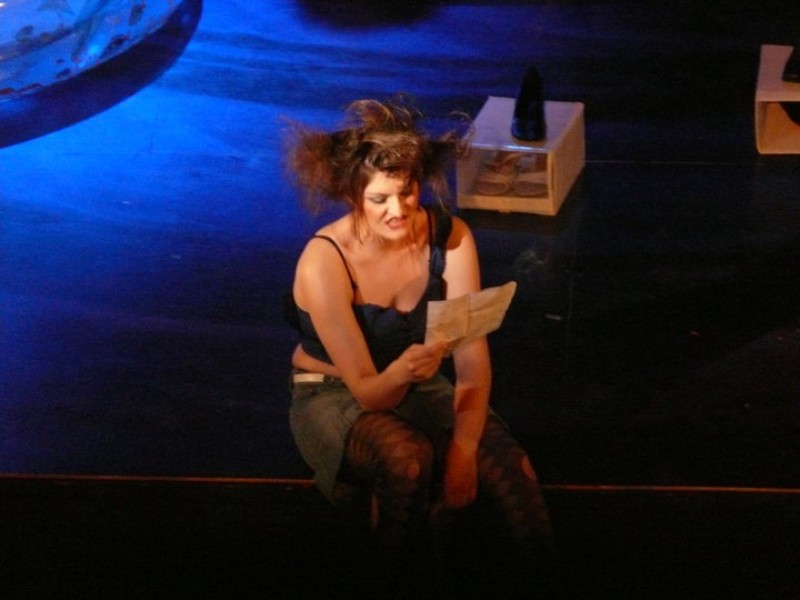 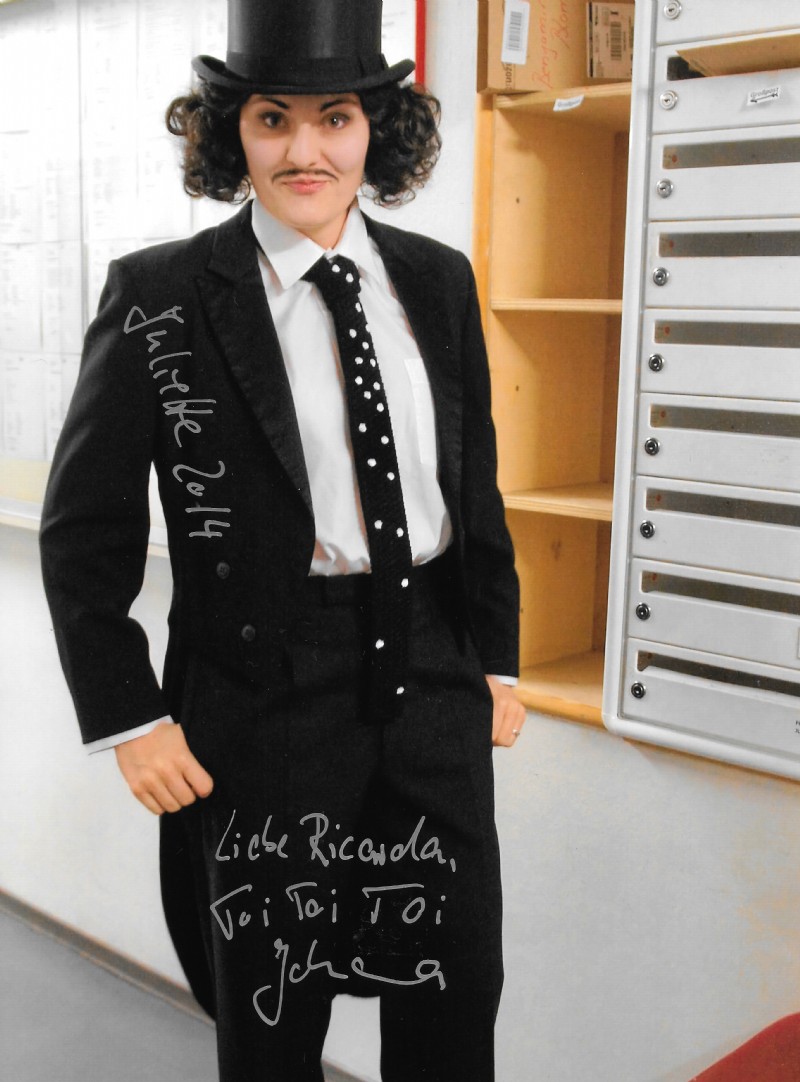 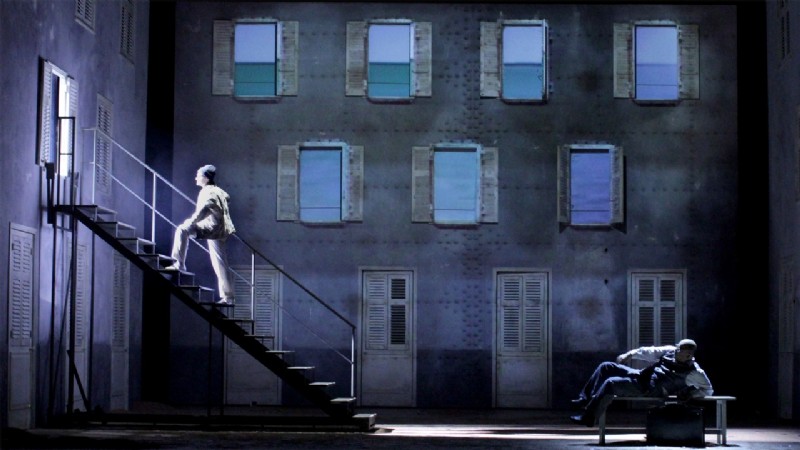 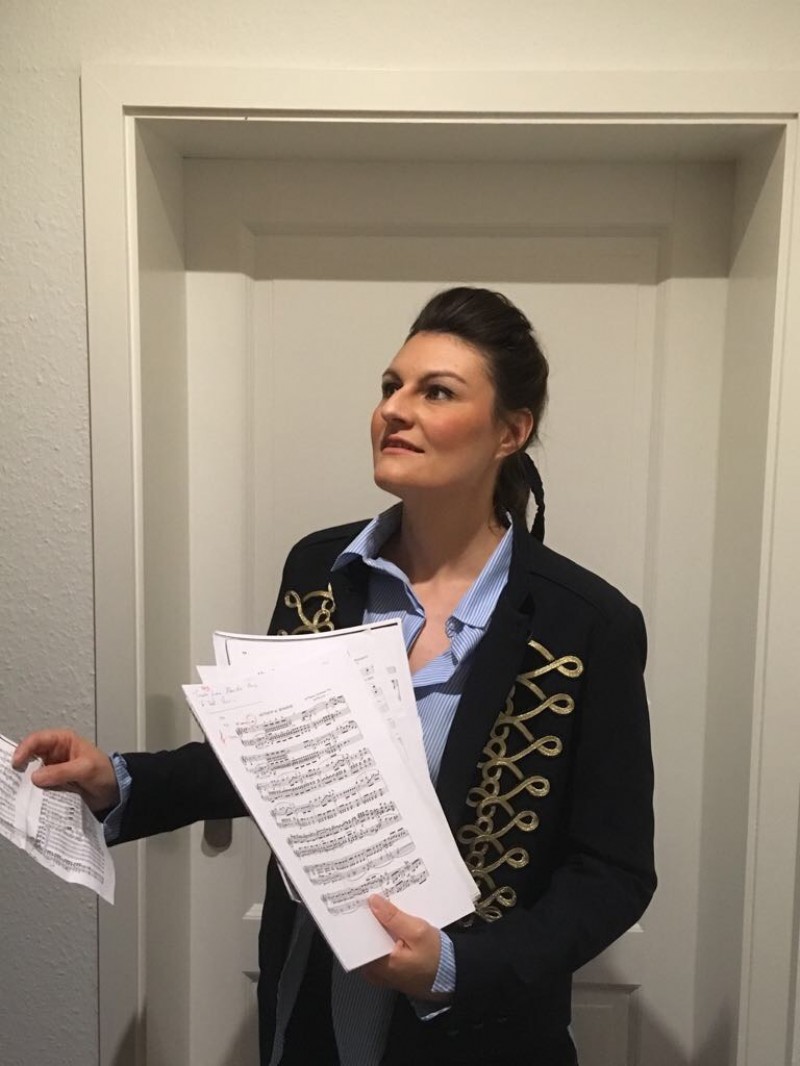 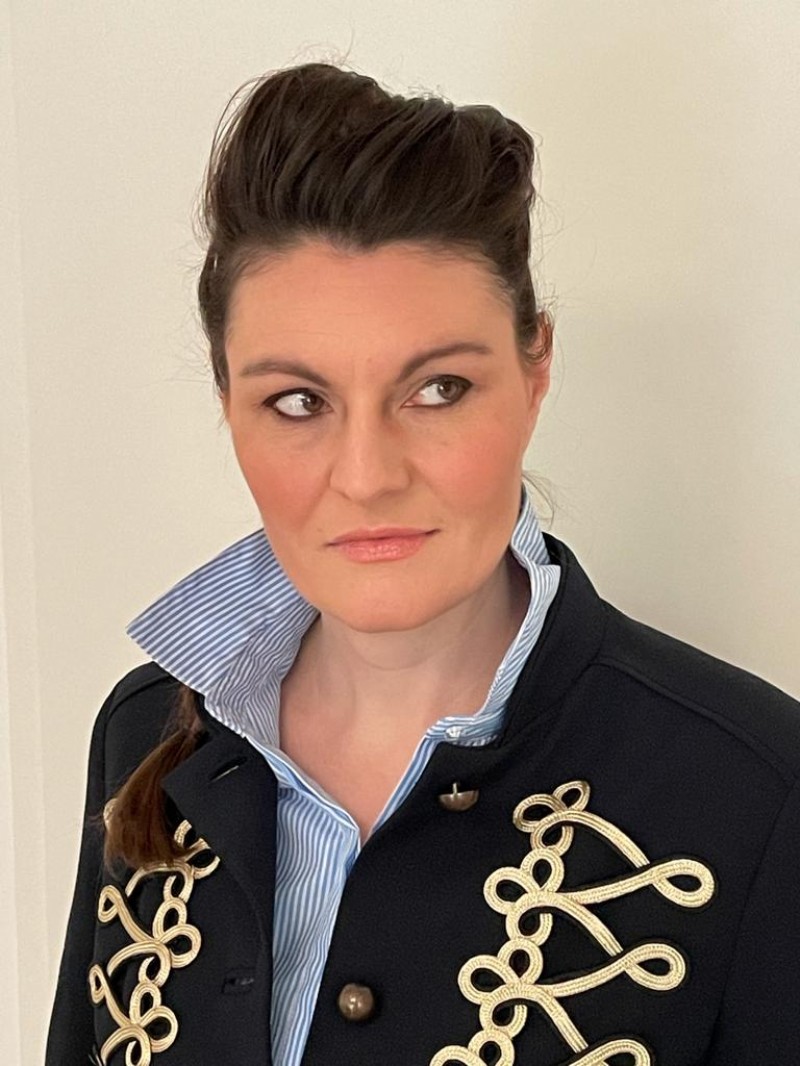 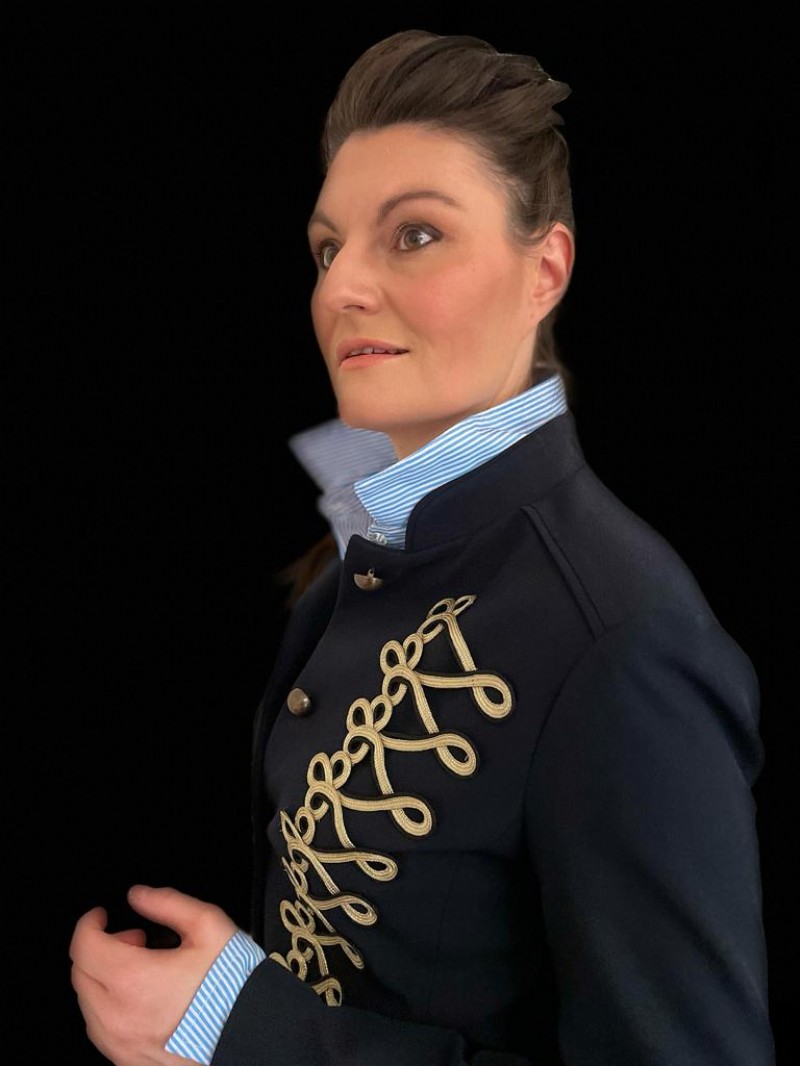 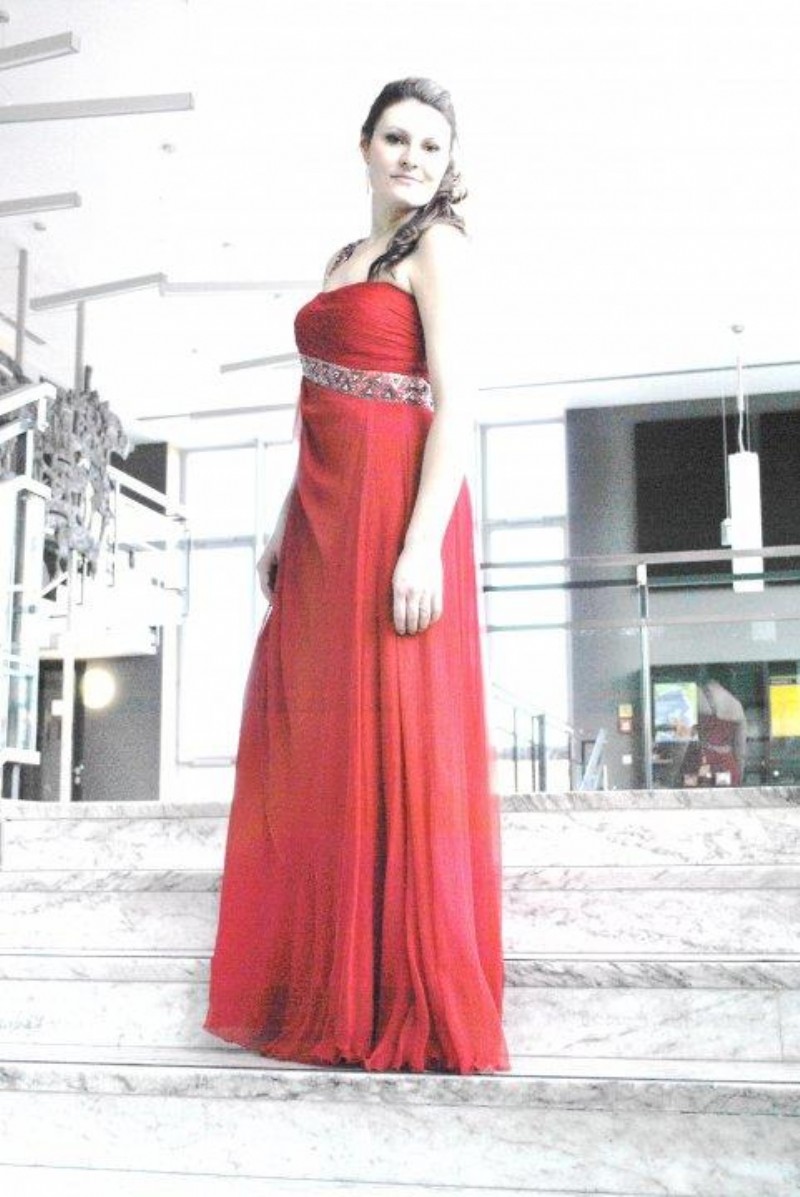 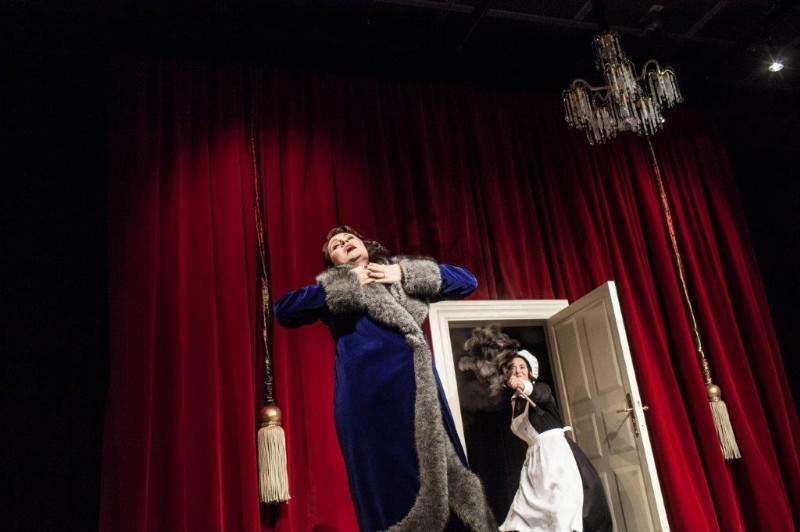 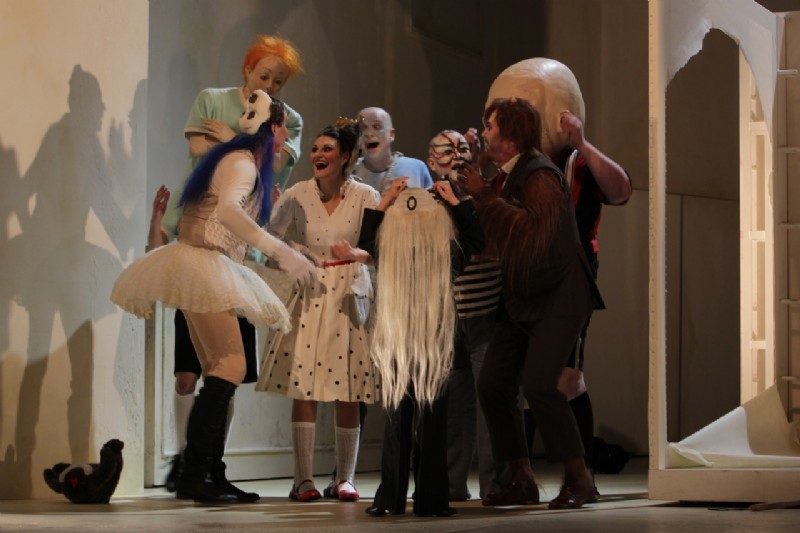 Italian-German mezzo Ricarda Gross Khachaturian praised as „beautiful voice“ and „exceptional dramatic presence“ established herself from the beginning of her career as a freelance singer.

She is in demand as an opera and concert artist, working with conductors including Markus Poschner, Christoph Gedschold, Clemens Heil, Justus Thorau, Johannes Harneit, Daniel Montané and Evan Christ.

Her most recent performances include Santuzza in Cavalleria Rusticana (Teatro Mancinelli), Cover for Adalgisa in Norma and Zweite Norne in Die Götterdämmerung (Berliner Wagnergruppe), which she will be reprising in the current season and also debuting with the Götterdämmerung Wellgunde.

She was also chosen to step-in as Zippy in Where the Wild Things are at Badisches Staatstheater Karlsruhe replacing Christina Bock, scoring a great success as she gave a confident, assured performance.

In contemporary opera, Ricarda has excelled in creating the first performance of Roger Matscheizik's vorLetzte Lieder for Musikfest Bremen under the baton of the composer himself and Saskia Bladt's eingebrannt performing with the Zafraan Ensemble Berlin at Oper Frankfurt. She was featured as Die Unbekannte for the first European performance of Blitzstein's Triple-Sec at Konzerthaus Berlin under the baton of Evan Christ.

Even while her studies, she appeared in Nono's Al gran sole in the famous Peter Konwitschny production at Staatsoper Hannover and at Theater Freiburg in Penderecki’s Die Teufel von Loudon and in Ligeti's Le Grand Macabre in the Calixto Bieito production.

Ricarda is a graduate of the Conservatorio di Musica Giuseppe Tartini Trieste and she holds an Artist Diploma in Opera Studies from the Hochschule für Musik Würzburg.

She has studied and worked with Dunja Vezjovic, Cheryl Studer and Henriette Meyer-Ravenstein, performed in masterclasses with Airi Tokola, Krisztina Laki, Rainer Altdorfer and Yaron Windmüller.

She is fluent in German, Italian, English, French and Greek and resides currently in Berlin, Germany.

Any message that you send here will be checked by Audition Oracle for suitability (to filter out spam), and then forwarded to Ricarda Gross-Khachaturian.