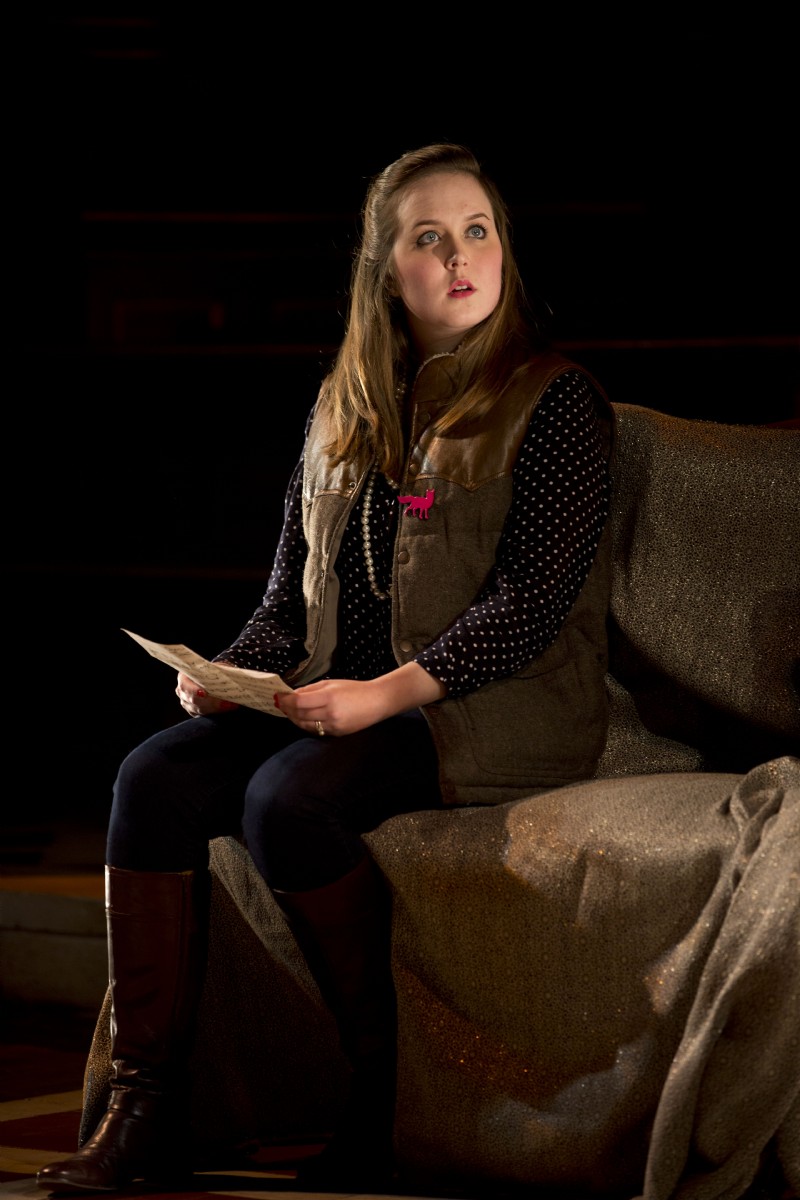 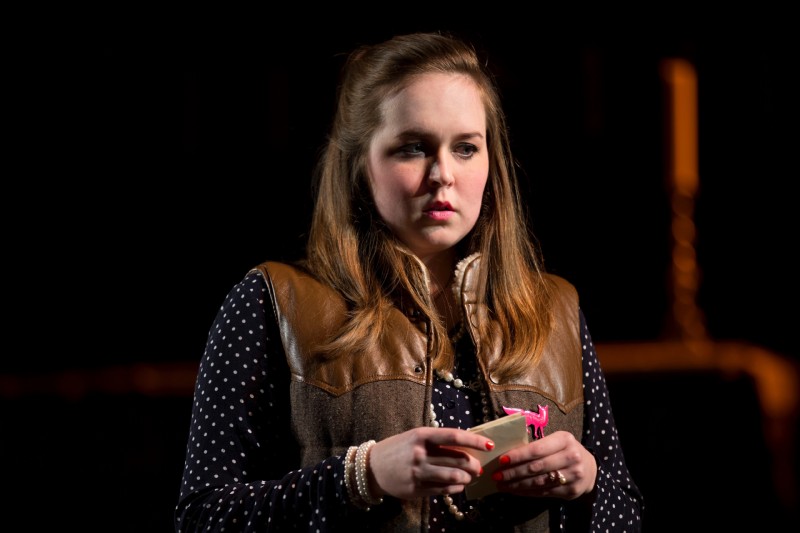 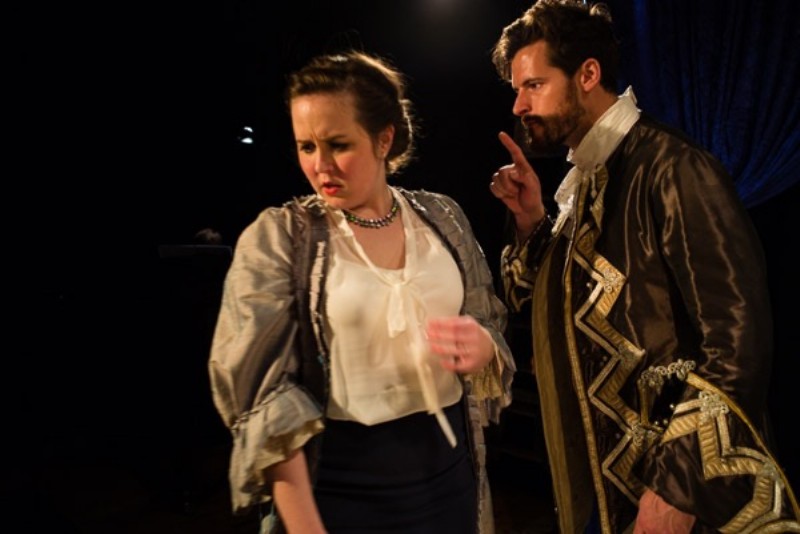 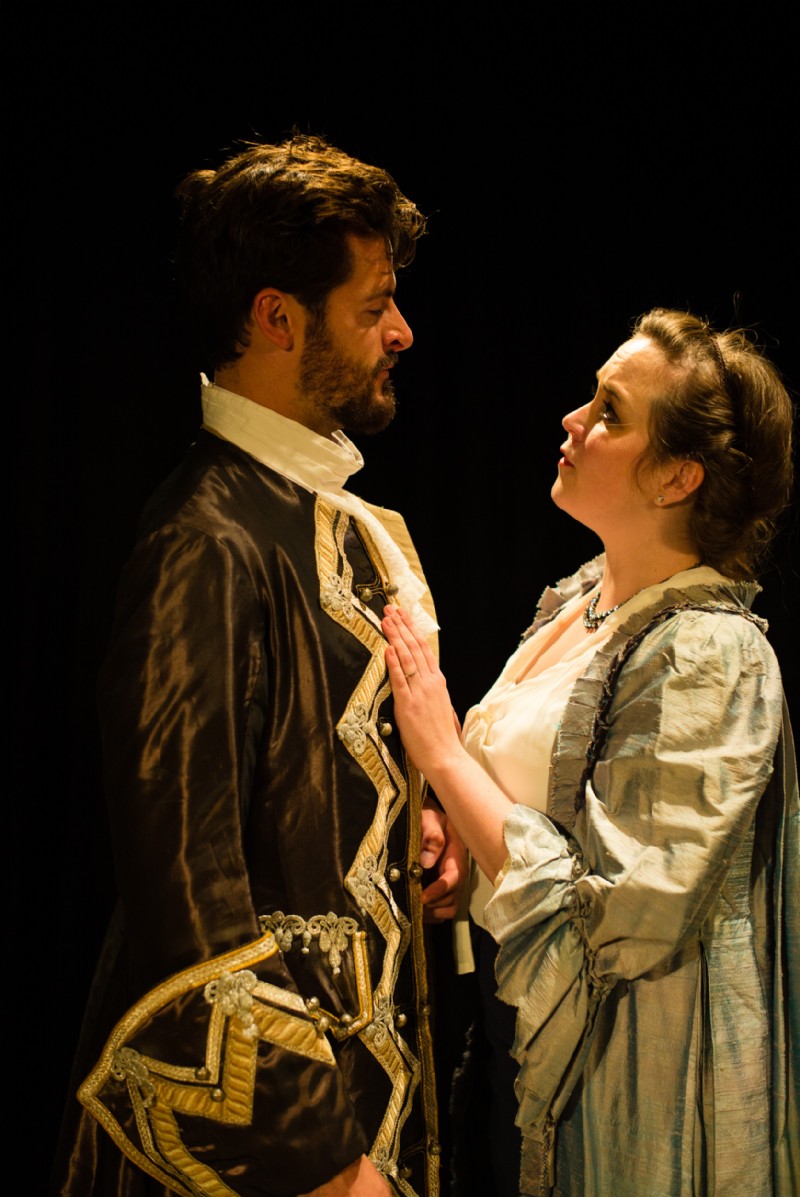 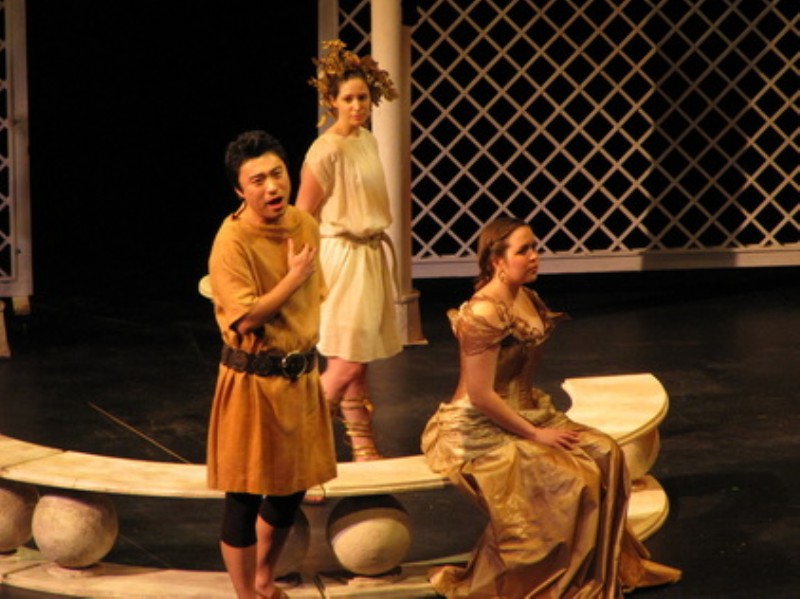 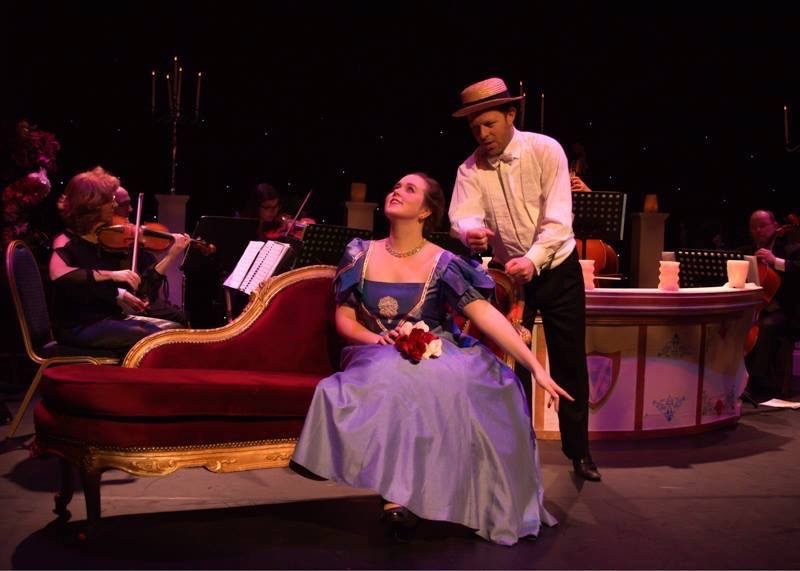 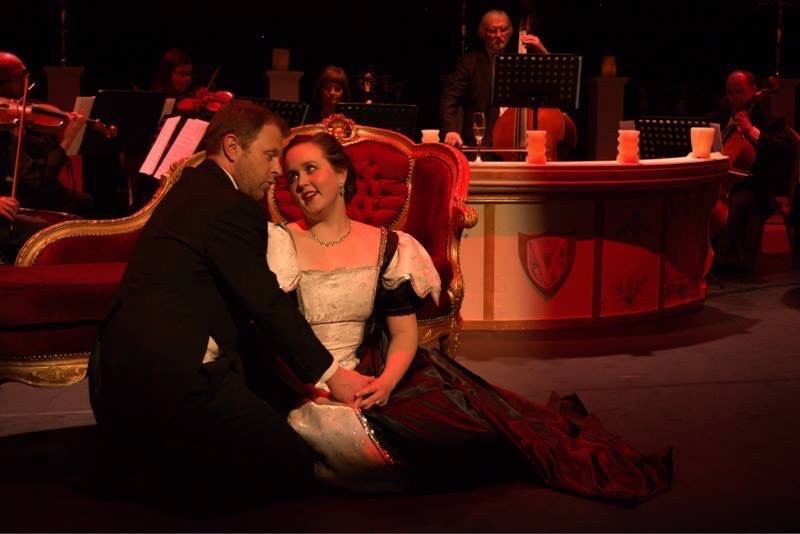 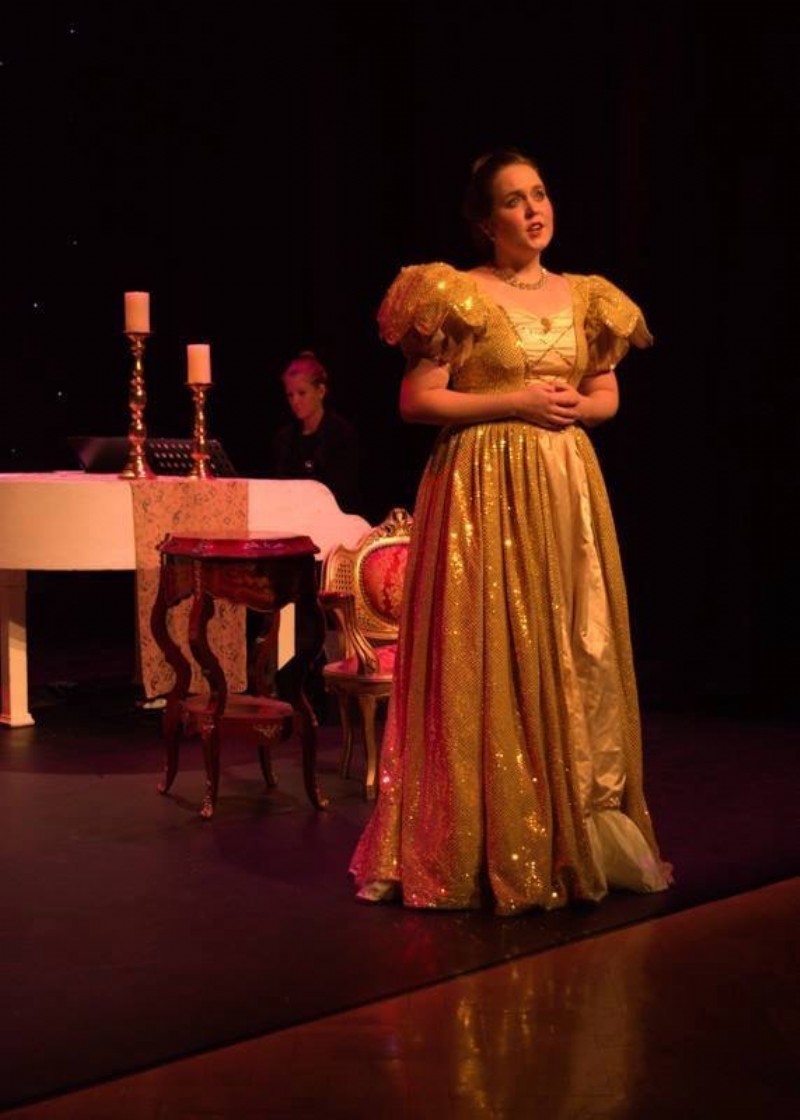 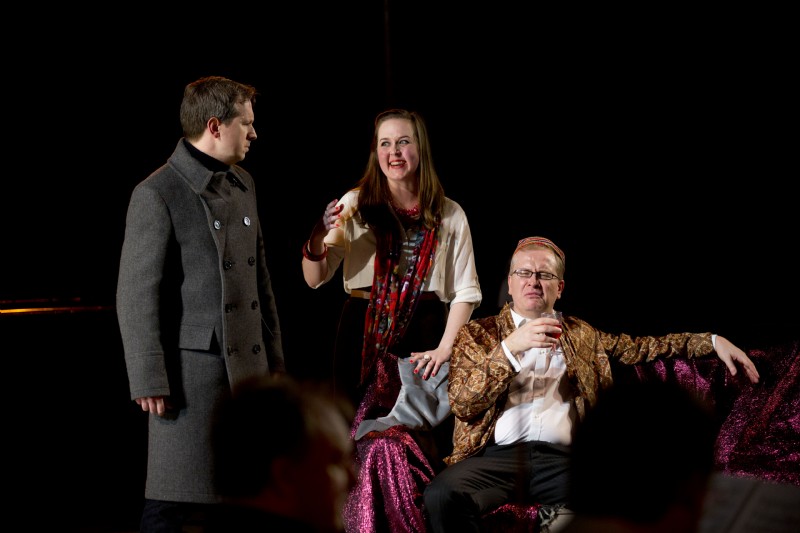 A revelation was Fae Evelyn whose clear high notes echoed around the hall - newtonnews.co.uk (2015)

Fae Evelyn sang the two arias with affecting directness, given further lift by the subtlety of her singing and an attractive stage persona – Peter Reed, Opera Magazine, December 2014 (2014)

Ms Evelyn's second half aria [Dove Sono] is the standout, the hairs on the back of the neck moment – BroadwayWorld.com, October 2014 (2014)

[Fae] displayed a full, true voice that in quality, training and presentation was far ahead of the standard of most - Artsmart.co.za April 2008 (2008)

I am a South African Soprano living and working in London.

During my time in Manchester, I performed Geraldine in Barber’s A Hand of Bridge, Valencienne in Lehar’s The Merry Widow, and Second Woman in Purcell’s Dido and Aeneas. In opera excerpts at the RNCM I played Helena in Paride ed Helena and Iphigenie in Iphigenie en Tauride by Gluck, and Äanchen in Der Freischütz by Weber. I was also a chorus member for productions of Handel’s Belshazzar, Mozart’s La Clemenza Di Tito, and Bizet’s Carmen. It was an invaluable and awesome time.

In 2012, I moved to London to further my education and experience. Operatic highlights of the first couple of years in London include playing the title role in Susannah by Floyd, and Rosalinde in Strauss’ Die Fledermaus, in the Spring Opera Programme Showcase highlights with Associated Studios. Being a member of the 2013 Holland Park Chorus for Puccini’s Madama Butterfly, Bizet’s Les Pêcheurs de Perles, and I gioielli della Madonna by Wolf-Ferrari. Singing the role of Second Niece in Britten’s Peter Grimes with Elemental Opera. Performing the role of Countess in Mozart’s Le Nozze Di Figaro in Associated Studio’s Showcase for the Three Month Intensive Opera Production Course. As well as performing as a member of the Grange Park Opera Chorus in Don Quichotte, Massenet, and La Traviata, Verdi for Summer 2014.

In the Autumn of 2014 I performed the role of Countess in OperaUpClose's critically acclaimed The Marriage of Figaro. And continue to perform the role on tour. Further highlights include being a member of the Grange Park Opera ensemble of 2015 in La Bohème and Samson et Dalila, Saint-Saëns. Performing as a member of the Opera Holland Park chorus for 2016 in Iris, Mascagni, La Bohème, Puccini, and The Queen of Spade's, Tchaikovsky. As well as being part of two world premieres by exciting new composers - Ilse in July 1944 by Noah Mosley with Helios Opera, and Queen Hygd in Beowulf by Louis Mander with Opera Chilmark.

On the concert and recital platforms, I perform extensively. When in South Africa I work regularly with the Friends of Music and Music Revival concert series, and the KwaZulu Natal Philharmonic Orchestra. I have brought the music of South Africa to the UK too, performing a series of Soundscapes of South Africa concerts in and around London.

I am currently an ENO Extra Chorus Soprano, and am working with Graeme Danby as my principal tutor.

Any message that you send here will be checked by Audition Oracle for suitability (to filter out spam), and then forwarded to Fae Evelyn.