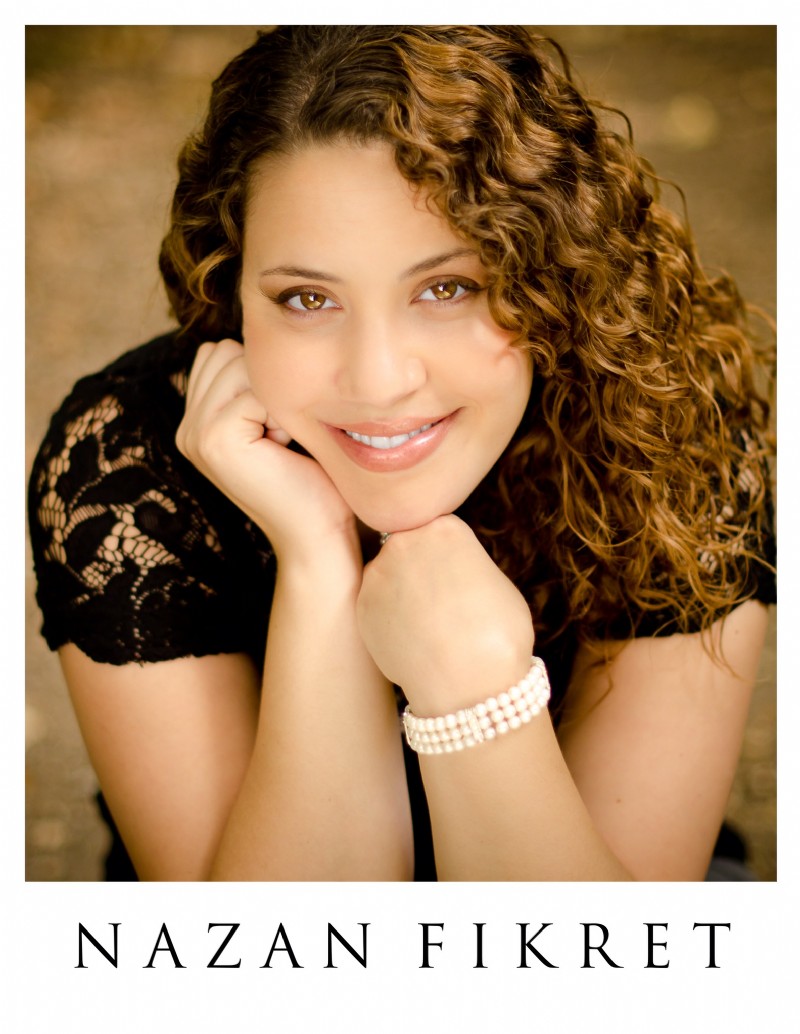 “…some excellent singers grace the minor roles, notably Nazan Fikret as a feisty Karolka and Piotr Lempa as the Mayor. They all contribute to an electric charge that lets the opera itself win through, as it always seems to." (WhatsOnStage / Mark Valenica) (2016)

“Nazan Fikret is well cast as the Mayor's smug daughter Karolka, so confident in her soon-to-be shattered dreams of married bliss with the reprehensible Števa" (Bachtrack / Charlotte Valori) (2016)

“...The real stars, however, were the six singers...rather eclipsed by soprano Nazan Fikret, whose comic Fiordiligi was excellent." (The Arts Desk / Gyn Mon Hughes) (2014)

“Nazan Fikret (whom I first saw when she was fourteen as a terrifying Flora in The Turn of the Screw). Her Come Scoglio was strongly characterised as one could wish." (Opera / Michael Kennedy) (2014)

“Our Governess, of two, was Nazan Fikret, not so long ago the most frightening Flora anyone's seen at English National Opera. Her voice has a piercing sweetness and her innocence was touching..." (The Arts Desk / David Nice) (2013)

“Led by the impressive soprano of Nazan Fikret. Hers is a lovely voice, ripe, rich and clear with an especially beautiful top. Her projection and coloratura were also very good..." (Seen & Heard International / Simon Thompson) (2012)

“Vocal highlights were the convincing Nazan Fikret with her clarion sparkle as The Queen of the Night..." (Opera con Brio / Richard B. Breams) (2012)

“A final year undergraduate at the Guildhall School of Music and Drama, Nazan Fikret is experienced in this role, which she first sang aged twelve, and her confidence and accuracy suggest a promising talent" (Opera Today / Claire Seymour) (2009)

Nazan Fikret was born in the UK to Turkish and Irish parents. She studied at the Guildhall School of Music and Drama under Penelope Mackay and later Yvonne Kenny. Nazan is a Making Music AYCA Winner, Concordia Foundation Artist, a Britten Pears Young Artist and a recipient of an International Opera Awards Bursary.

Nazan made her operatic début at the age of thirteen singing Flora The Turn of the Screw at Wilton’s Music Hall (Elijah Moshinsky). She went on to sing the role in Aix-en-Provence (Luc Bondy), subsequently touring to La Monnaie, Le Théâtre des Champs-Élysées, Theater an der Wien and Edinburgh. She also sang the role forthe Nederlandse Reisopera, English National Opera and Teatro Real.

Any message that you send here will be checked by Audition Oracle for suitability (to filter out spam), and then forwarded to Nazan Fikret.