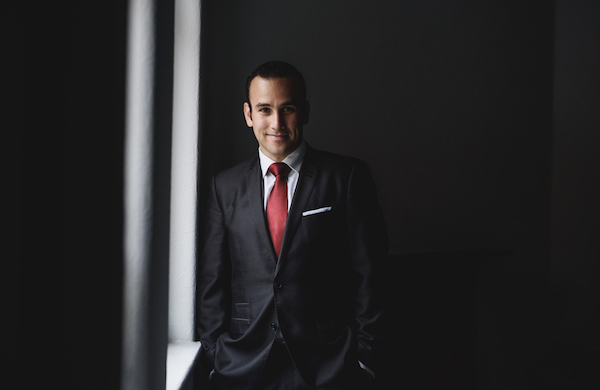 We are delighted that our second award this month courtesy of @operacabbie goes to the beautiful tenor Anthony Flaum. Anthony will use his £300 award to help prepare for two role debuts - Tybalt with Grange Park Opera and Pinkerton for Iford Arts.

We are so pleased to see Anthony return to Iford Arts. He previously heard about an opportunity to audition for Rodolfo in La bohème via Audition Oracle and subsequently went on to be cast and perform with them in 2017.

We are also pleased to support Anthony at this time as only a few days ago he and his wife Sophie welcomed their second daughter Corinne Rosa Bailey Flaum into the world. Many congratulations family Flaum!

Anthony Flaum tenor is a graduate of the Royal Academy of Music (RAM) and the National Opera Studio. His studies were generously supported by English National Opera (ENO) & the John Wates Foundation.

Credits; he made his debut at English National Opera in 2017 as Borsa in Jonathan Miller’s production of Rigoletto. Other roles for ENO include; Cover Prince/Marquis/Manservant Lulu, Cover David The Mastersingers of Nuremberg, Cover Nemorino The Elixir of Love. Other recent credits include; Rodolfo, La bohème (Iford Arts), Frederic The Pirates of Penzance & Nanki-Poo The Mikado (National G&S Company UK tour), Headstrong/Hermosa Opera della luna and Lensky Eugene Onegin (OperaUpClose).