We need to talk about women

We need to talk about women. 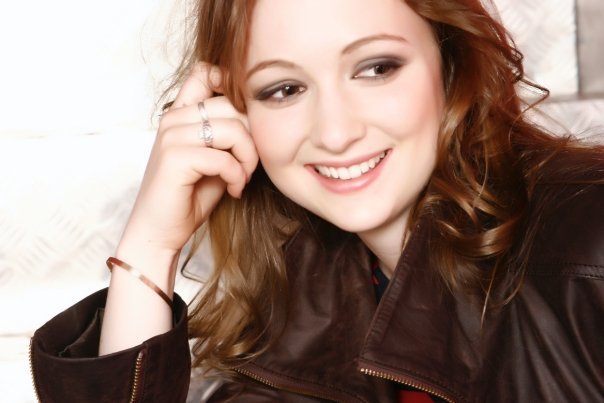 Earlier this month, Victoria Sadler wrote a, quite frankly, depressing article about the lack of work by female writers being programmed in the leading London theatres. The only theatre to come out in a positive light was Vicky Featherstone’s Royal Court, with a stonking ten out seventeen plays in the 2017 season written by women. At the other end of the scale was the Old Vic Theatre which programmed - can you guess? - zero plays by women in 2017, and only one a year in 2015 and 2016.

But let’s talk about opera.

For the purposes of this blog I’m more interested in the people running the opera houses than I am about the horrifying balance of male to female composers; that’s a different can of worms and one I’m not sure I know where to start to investigate, although special mention must go to Roxanna Panufnik (composer) and Jessica Duchen (librettist) for Silver Birch.

I run a theatre company called HeadFirst Productions. I am also a woman. It’s very easy to reel off a list of small- to mid-scale, female-led opera companies:

But jump up in scale and every single major opera company in Great Britain is led by men:

Why is there such a drastic gender balance switch from the small scale to the large scale? Every event I attend aimed at early career Directors and Artistic Directors is full of young women hungry to lead an organisation or to run a building, and yet even if I include non-opera producing houses I can count on two hands the number of women in senior leadership positions.

My experience is that creative teams also lean the same way. For a long time I have considered myself a fairly vocal feminist. But until recently I’d become so used to working with more men than women over the years that not only had I not minded regularly being the only woman in a room, but I suddenly realised that I hadn’t even been noticing it. The gender imbalance of my working life had become my new normal and I had accepted that.

Unfortunately I am particularly drawn to the music of the 18th and 19th century which means that to some extent it is inevitable that the work I prefer to direct is composed by men. Nothing is achieved by lamenting the lack of female opera composers from 200-300 years ago but we can - and should - redress the balance by ensuring that women can contribute artistically when we stage these works in the 21st century.

I’ve been following with fascination - and great admiration - Alice Farnham’s tireless efforts to engage with more female Conductors. From the weekend courses at Morley College in 2014 for young women interested in a conducting career, to the recent announcement of the collaboration between ROH, NOS and RPS to establish a Women Conductors course in 2018, she’s doing an astonishingly good job at tackling the archaic belief of some dinosaurs that conducting can be too physically demanding for women and that “a cute girl on the podium” can make musicians’ thoughts drift elsewhere. Whilst I acknowledge that people who hold extreme views like this are probably (hopefully?) in the minority, the paucity of women conducting at any level is indicative of a greater problem.

As an Artistic Director (or General Director, or Music Director or Director of Opera…) we have a responsibility to continue to have conversations about gender equality in the industry, both in terms of the representation of woman on stage and in terms of the people we choose to work alongside.

At the end of this month A Festival of Sex, Love and Death opens at the Pleasance Theatre. Our flagship production is Don Giovanni, arguably one of the most problematic operas when considering the objectification of women. The opera can so easily be overly concerned with male desire and the women become little more than Giovanni's playthings. However, our all female production team is approaching it from the point of view of the women. Whilst we are not altering the libretto at all, we will ensure that not only is the action driven by the three women, but that they are strong, active characters with their own identities outside of their association to the nearest man. Being desired can be intoxicating. So what happens when a simple flirtation changes gear, and an innocent seduction becomes sexual manipulation? And worse, what happens if - by the time you’ve realised what’s happening - you’ve already fallen for the one man you know you shouldn’t?

Our all-female creative team for Don Giovanni consists of our Conductor, Director, Designer, Production Manager, Language Coach and Assistant Director. 50% of our orchestra are women and our Young Artist répétiteur is also a woman. When the entire company is in a room at the same time, women are going to outnumber men for the first time in my professional career.

Going back to the gender gap between small and large scale, I do feel optimistic that things are changing. I hope that as the women currently in their twenties and thirties continue to develop their careers, they will shatter the glass ceiling so completely that we’ll soon see truly equal representation of gender across the board, and can finally stop having this conversation.

Ladies - the one thing I urge is that every time we take a step up the ladder, we reach back and hold out a hand to someone who needs it. If we don’t, who will?

Don Giovanni and A Festival of Sex, Love & Death takes place at the Pleasance Theatre Islington from 26 October - 4 November.
Tickets are £12-£15 and can be bought online at pleasance.co.uk.
For the full festival lineup, see headfirstproductions.org/current-production(includes a masterclass with Sir Thomas Allen) 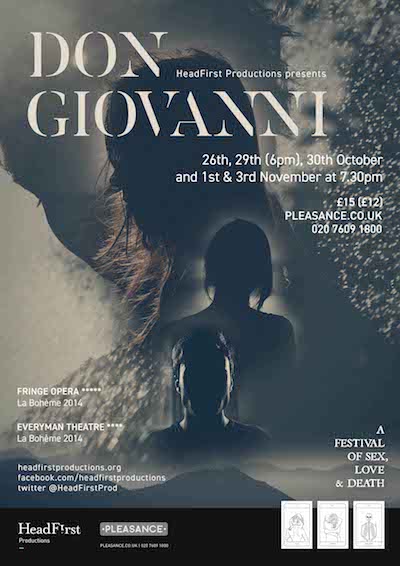