‘Divarsity’ – The truth about singing as part of a portfolio career 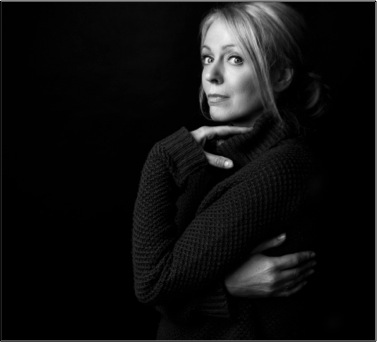 ‘Divarsity’ – The truth about singing as part of a portfolio career

I’ll ask you to cast your mind back to your first steps into your singing career, when you'd been led out of the conservatoire or post-grad course high on Mozart, Wagner and Verdi, stage hungry with visions of international travel and the established images of divas in fur-coats attended by highly attentive husbands, a manager and two small dogs. You knew it wasn't so, some teachers did all they could to disavow you of such notions and scare you off, say how much hard work is involved, how only a small percentage make it, that you may have been given all that training to be a teacher… but  still you lived in a bubble of hope and came out of college unprepared for the real world of a singing career, with its atoms changing and splitting all the time.

It was considered embarrassing to discuss the possibility of not making a living entirely from your beautiful instrument – to support oneself by other means was not what we’d put all ‘that’ into. The truth is, and we always knew it, is that no matter how beautifully you sang and worked on stage, your teacher was right, only a very small percentage actually make a good living entirely from singing, and of those, a great many by chorus work or teaching. The reality of ‘so you are an opera singer, but what’s your job?’ comes home to roost very quickly. The truth is we are magnificently unprepared for the decades we might have of a singing life. Even more so, that those realities are often purely existential. I have had to think a lot of about this, because like so many others I drifted from what I loved doing. In a combination of confidence and health issues affecting my technique, inappropriate teaching and general disenchantment I began to ask what else I could do and on that journey found some extraordinary answers and solutions, and came back stronger.

The existential crisis will come – it waits for most of us, eventually; the other crises too. One of the biggest issues, apart from ill health, vocally and/or physically is mental health. We realise how hard we need to work in order to keep our balance, be accountable and stand up to every strain put on us… to develop, as one singer on Facebook put it, ’elephant skin’. One of the more difficult issues we will all face, guaranteed, is ageing. In a business that ever more puts heavier value on looks and youth, being ‘HD ready’, and opportunities seem only plentiful for the artist just out of a young artist programme, we need to prepare ourselves for the day when we get older and reach new decades. (I think there’s another blog in me on how to change attitudes about mature singers and making opportunities for them!). If it’s not age, as time goes on and we develop more vocally, we might need to change fach, or we might just find we are no longer loving what we are singing, or all too commonly that the work just suddenly dried up. Above all, the tender nature of our gift, with its vulnerabilities and foibles, means we won’t go that long before a wave of illness, a technical issue, or the vicissitudes of life itself causes some interruption and existential upset. If we want that singing part of ourselves to be front and centre we might have to learn to be able to step away from it all sorts of ways and identify with the voice in a more finite way. It’s not a bad thing, in fact it is a very good thing indeed because it gives us a zen-like distance, which creates a space for us to respect our gift, and develop a deeper, more intrinsic appreciation of what it is for us. Indeed, what it is is very personal and something we need to understand as soon as we can.

One thing I have discovered over the years is that, despite the lack of preparedness for the difficulties of maintaining a singing life and career,  singers are uniquely equipped for diversity. We are the ultimate multi-skillers of the music world – we are (in the main!) gifted actors, linguists, story-tellers; we possess, seemingly organically, empathetic thinking, a gift for psychological insight, business-thinking, design skills, medical knowledge, and writing skills (that’s my bit!)

I’ve just noticed how many of my singing friends have exploited their other gifts, among them are singers who have:

I could go on! Above all they are wonderful, expressive singers with infinite creativity in performance. What does this say? It says that singing is an untapped resource. It says that what makes a singer is so often more than a beautiful voice and a deep desire to sing. It is a profound desire to communicate, it is a conduit to our dreams.

We need to use this resource, the conservatoires need to recognise it and ignite it early so we don’t lose singers from the profession, we need to think about the deep well of self-knowledge and self-awareness which is our greatest asset in life. Believe me it is, that alone can whip away any stormy passage. We need to enjoy singing more, released from the need to prove ourselves merely as voices. Practicalities might mean that doing something else as well, borne of the very same essence as that voice of ours, will be the most significant part of your singing life. The singing only benefits from this. The multi-skilled singer is the future. We saw the internet and now we own it, so who knows what is to come!

In my diversion from singing life, to which I have thankfully now returned, I wrote a novel. It tells some my journey in fictional form. in order to publish it I am crowdfunding with Unbound, a publisher for books that people want to read! If you'd like to support me think of it as  pre-paying for the book with extra kudos, and go to: 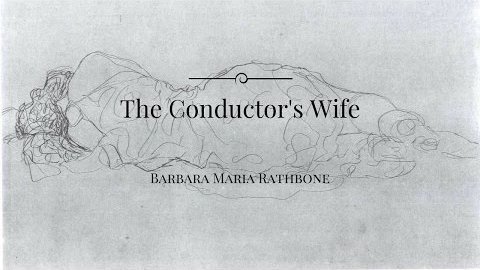 I’ll leave you with the wise words of Emily Dickinson:

Barbara Maria Rathbone was born in London to an Irish mother and an English father. Her love of singing and performance began when she debuted, aged two and a half,  in 'Berry's', the local newsagent singing 'Twinkle, twinkle, little star'. She didn't know the tune was Mozart's then. She has since developed a deep love of Mozart's vocal music, especially the music composed for Aloysia Weber.

Barbara Maria went on to at Trinity College of Music, London where she studied with Morag Noble and John Wakefield, and since privately with Margaret Lobo, Dinah Harris, and Colin Baldy. She has taken part in a variety of masterclasses and worked with the likes of David Harper, Mark Shanahan, Robert Lloyd, David Lowe and Victor Morris. Her opera debut was as Barbarina in 'Le Nozze di Figaro', which is rather apt. She has since moved from core lyric repertory to lyric coloratura, and could be best described as koloratursoubrette. Barbara Maria has an abiding affection for German Lieder and art song, which very often are operas in miniature.