How do you create a self-sufficient opera company?

How do you create a self-sufficient opera company? 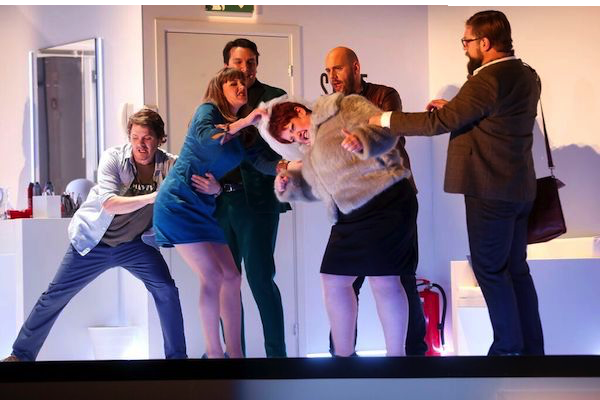 Have you ever thought about setting up your own professional opera company? This week we spoke to founder and director of Pop-up Opera Clementine Lovell, to see exactly how she and her team achieved their mission to set up a self-sufficient opera company.

How did Pop-up Opera begin?

When I began training as an opera singer I had mixed reactions from my friends. Opera wasn’t really their thing, one even claimed to be ‘allergic’ to it. That stayed with me, and I wanted to prove them wrong, to show them that opera could be magical, hilarious, devastating or moving. I founded Pop-up Opera in 2011, on my return from living in Italy. Opera is so much a part of Italian culture, so broadly appreciated, and is performed everywhere, not just in the big houses. I grew up in a small village in the UK miles from an opera house. We never went to see it, it wasn’t an option. My uncle has a barn where he hosts folk and blues events and we put on an opera there for a largely non opera going audience. They loved it. It made me think about how the setting can have a bearing on people’s enjoyment, or their willingness to give it a go.

What financial model did you begin the company with?

I made the decision to try and build a company that could stand on it’s own two feet financially rather than replying on funding. I didn’t have any money to invest or form a basis for the company, so I started it as a profit share, and convinced 12 venues to work with us for the initial season, a few of which guaranteed us a fee. I found a stage director and singers who were excited about the project and willing to take the risk and give it a go. The production was a success and the word began to spread. During the second year I sat down and made a business plan and worked out what we would need to achieve to stay afloat and meet our running costs. Once I felt confident the performances would bring in enough revenue, I moved away from profit share to offering our singers and directors fees.

So many companies never make the jump from profit-share to paid. Not only have you done this, you have regular paid staff! The question most small companies will want to know is how did you achieve this?

The costs of running a company are enormous and it’s both terrifying and liberating to be self reliant financially. It takes a lot of faith and determination, being realistic and thinking outside the box. Absolutely key to success are the relationships within the company and with our venues. My co-producer Fiona Johnston came on board in year two and we formed a very strong partnership. This partnership, and the work we have put in to building the company forms its foundation. Initially we juggled producing with other jobs until we could pay ourselves. We worked to a three year business plan where we budgeted for every detail and were clear on our target number of performances and amount of revenue we needed in order to cover costs. We put a lot of work into approaching venues and and building a relationship with them and with our audiences. We now have many regular venues as well as new ones, and will do around 90 performances this year.

It is not only good financial sense that makes Pop-up Opera a success story. You also have cultivated your own unique brand that captivates and delights audiences. Tell us more about the artistic vision of the company?

Our aim is to get the story across and to engage the audience. There’s this idea that opera is stuffy and unreachable, but more often it’s the attitudes that surround it. At its core the emotions are ones we can all relate to: jealously, anger, desire, love, grief. Our projected captions have become part of our signature style. We believe that you can still make opera accessible when performed in the original language. The music, the intentions of the actors, the interaction between the characters and the power of the drama get the story across. The captions are there to compliment, not to detract. They keep the audience broadly abreast of the story but don't demand their attention all the time. With a comedy the captions can add another layer of humour, and we can play around with the modern context. In a drama we kept the translation more 'straight' but still with the same approach of captions rather than a full text translated into continuous surtitles.

We consider carefully what productions will work for us, and take into account many factors. We have to balance artistic and creative drive with financial and logistical constraints: we are limited by budget and by the number of people we can fit into our 9 seater tour bus. We also have to think about what will work in our venues and with piano reduction instead of orchestra. We consider the suitability of the roles for singers in the early stages of their careers, and we must be excited by the music. The quality of the performance is paramount and our wonderful musical director Berrak Dyer does intensive work with the singers rehearsing the music before we go into staging. We think about how we can adapt the story in our Pop-up style to make it more relevant to a modern audience, and how it will work in the different spaces. We try to choose venues based on the production and what will enhance this, for example a spooky tunnel shaft or urban basement is a perfect backdrop to the gritty violence and eerie beauty of the Capulets and the Montagues, whilst the Barber of Seville works in a room above a pub.

How do you attract your audiences and keep them coming back for more? Most singers have been in a production where there are more cast members on stage than people in the audiences!

We make it entertaining. We want the audience to laugh until their cheeks hurt, or to be moved to tears. Often the intimate space enhances the intensity and immediacy of the drama. Particularly in comedy the audience almost become part of it and we bounce off each over. We also make it high quality. Around 400 singers a year apply to work with us and we have talented people on board. Audiences are often very impressed by both the voices and the acting abilities. The venue also has a bearing on the performance itself, and the production grows and evolves as it pops up in different places. We adapt it to embrace each venue, so every night is different. The performance spaces vary wildly in size, shape, acoustic, feeling. We get in to the space on the day and start working out the entrances, exits, how to involve the audience... The performers have to think on their feet and be willing to allow some freedom and spontaneity. I think this keeps it fresh and creates a very special atmosphere.

Opera is still a hard sell, and often we don’t reach full capacity with a first time performance in a venue. When we go back a second time, word has spread and it sells out. Word of mouth is a very important thing for us. We build a following in the areas we go to, our audiences are loyal and return to see us again and again. We still have a lot more to learn about marketing, or hope that eventually we will be able to afford to bring on a marketing person! Our brilliant arts admin Emily Salmon has started to take on some of this, but she is already kept busy (as are we) by the huge amount of admin generated by working with so many different venues and all the logistics of touring. We are a small team and the company is growing!

New opera companies spring up every other week and many never continue beyond their inaugural production. Six years and nine productions later (with two more this year), Pop-up Opera has gone from strength to strength. What has been your proudest moment so far?

I can’t choose a single moment, there have been many highs (and lows!). Top moments include... Seeing my idea take wings when our very first production, Don Pasquale, came alive with the special talent and humour of our first stage director Darren Royston, who believed in my vision for the company. Our reviews for L’elisir d’amore and Matthew Parris writing about us in The Times. The moment when Fiona and I could give up our other work and focus on the company full time. Opening the Evening Standard to see we were included in the ‘Top 10 things to do in London this week’. The intense atmosphere of the dress rehearsal of I Capuleti and the thrill of doing a tragedy for the first time, in the capable hands of our brilliant stage director James Hurley. Hearing the full orchestra play the first few notes of Figaro as the curtain went up on the amazing set of our co- production with Kilden concert house in Norway. In general, we are proud to be a company that singers want to work with, and that we offer a fun and supportive environment. 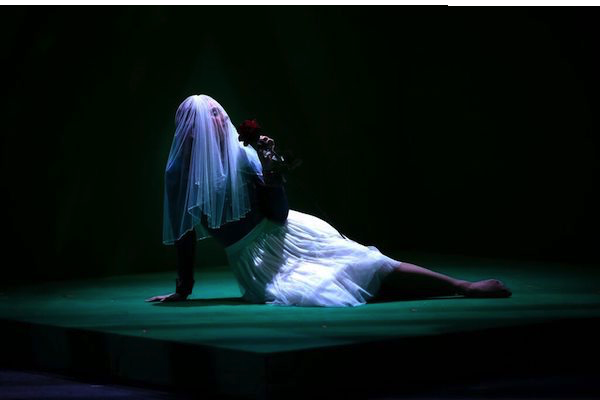 What next for team Pop-up?

We are currently staging Cimarosa’s rarely performed comedy Il matrimonio segreto, with award winning director Max Hoehn, whose staging has been described as ‘brilliantly alive’. We’re excited to be working with him and feel it’s a great match for the company and our aim of making opera enjoyable and relevant for a modern audience. In the autumn we’ll be doing Hansel & Gretel. In general it’s a very exciting time for the company. As well as our core productions touring 90 shows a year, we have also began to collaborate with larger organisations, such as the amazing Kilden concert house in Norway where we upscaled but still stayed true to our ethos and style. We hope to take on more projects and partnerships like this as well as continuing to bring our productions to intimate and usual venues around the UK. Ultimately though, the sky’s the limit. Anything is possible if you believe in it enough and are prepared to work hard to make it happen.