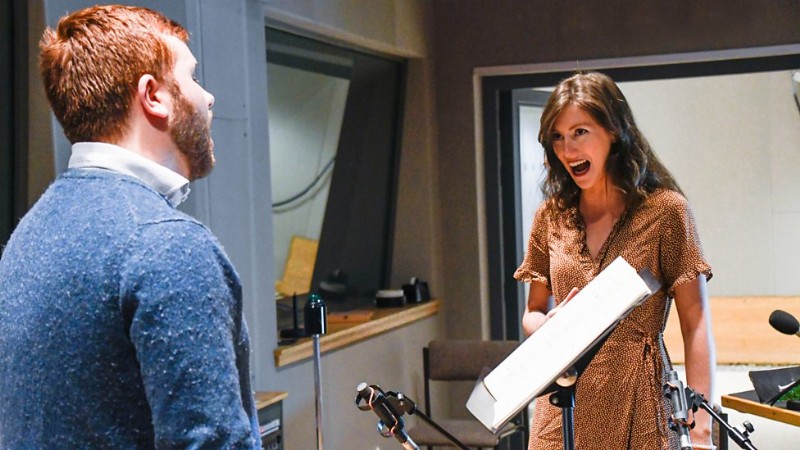 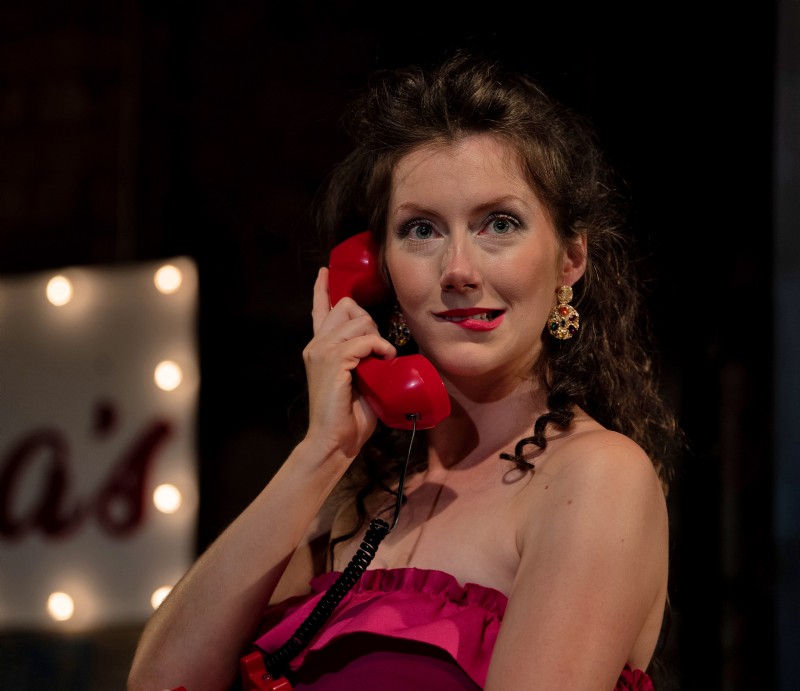 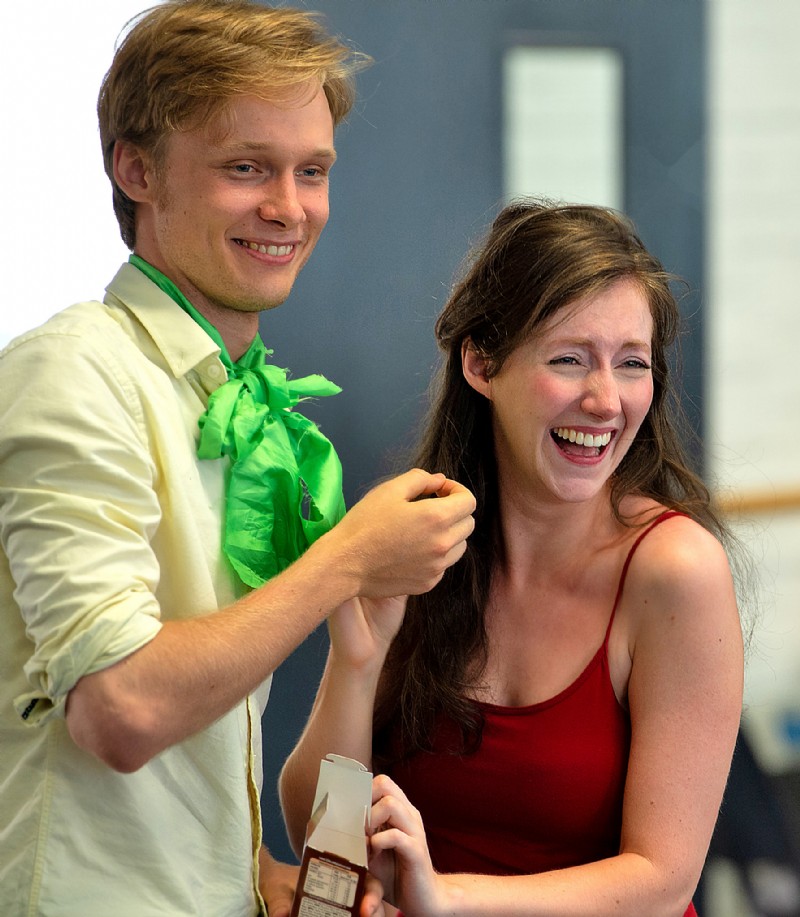 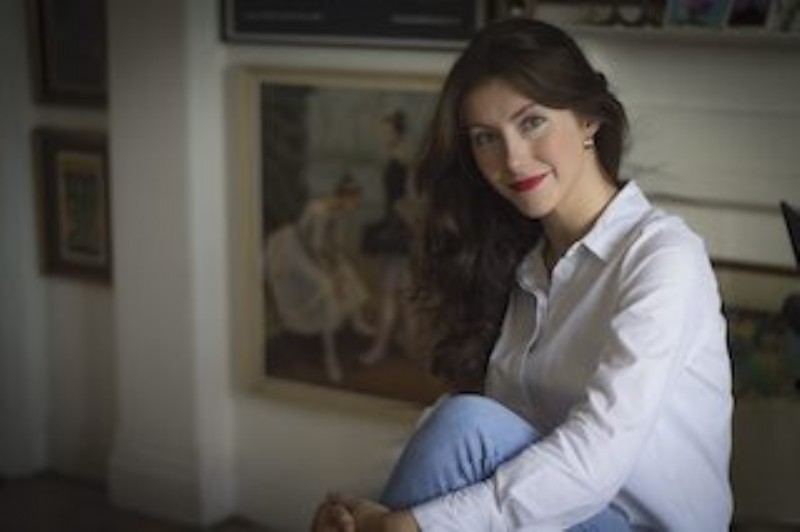 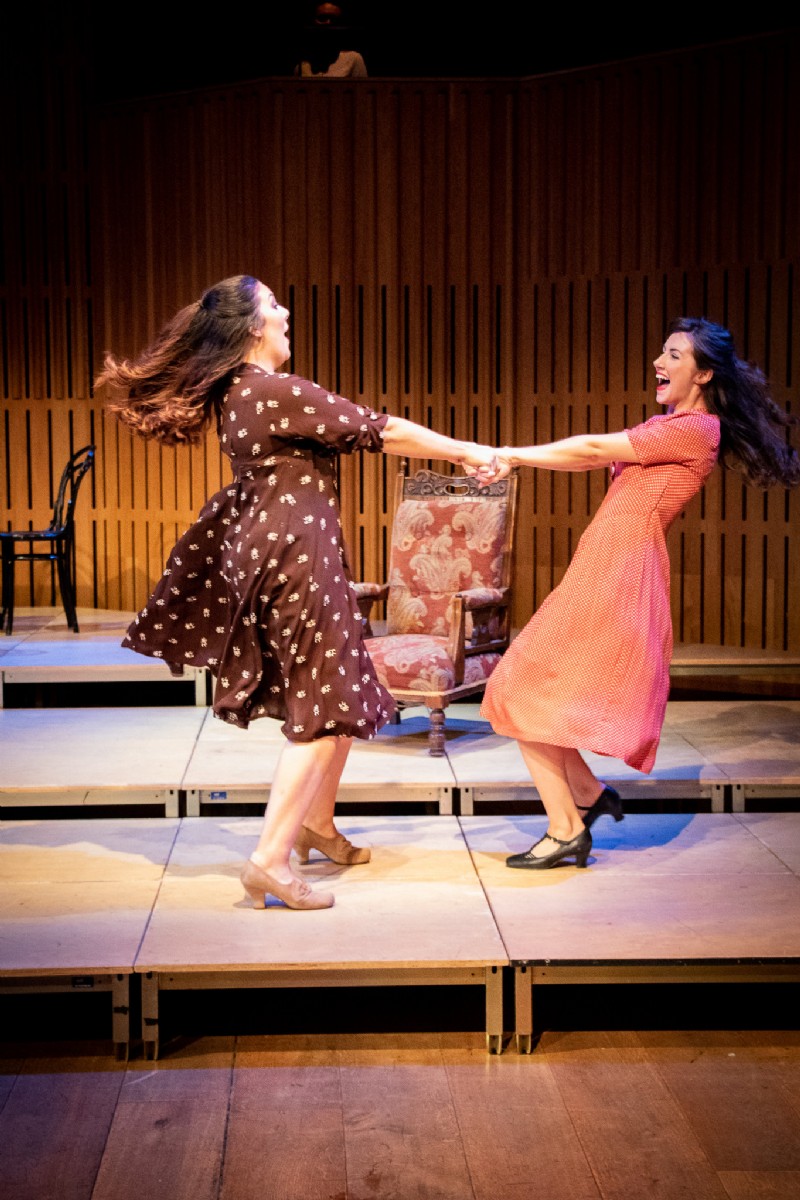 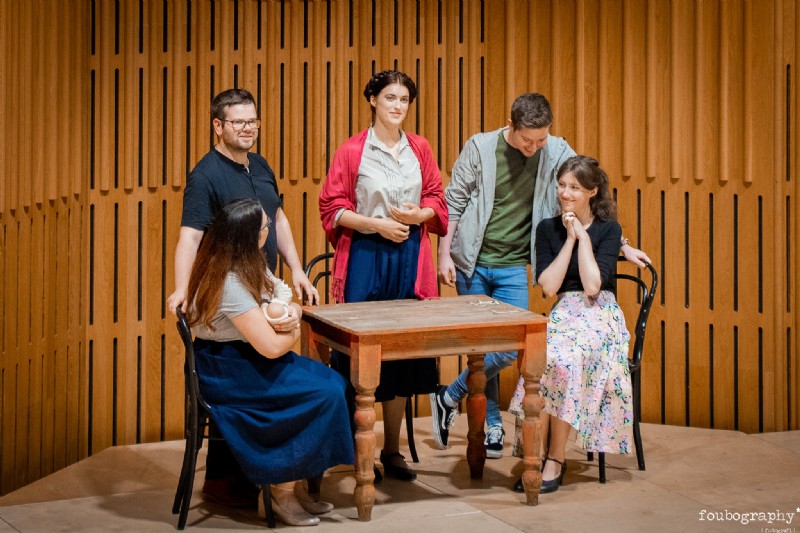 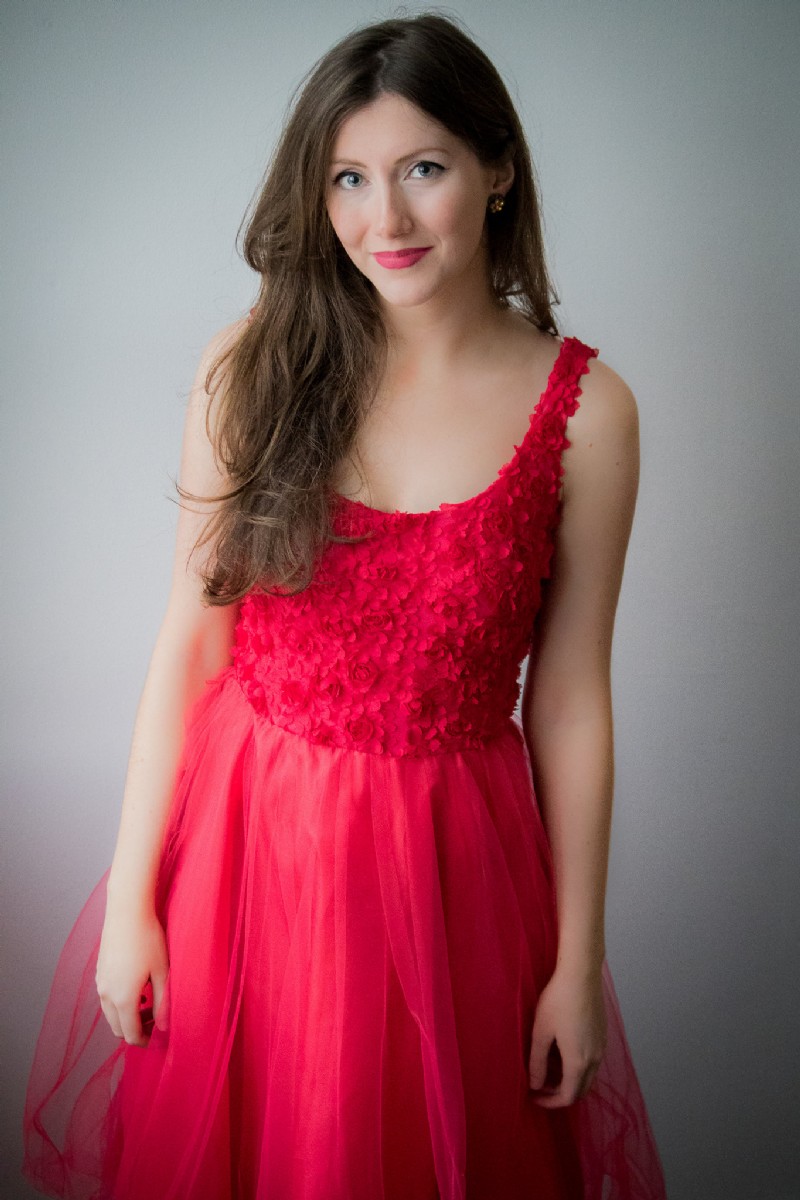 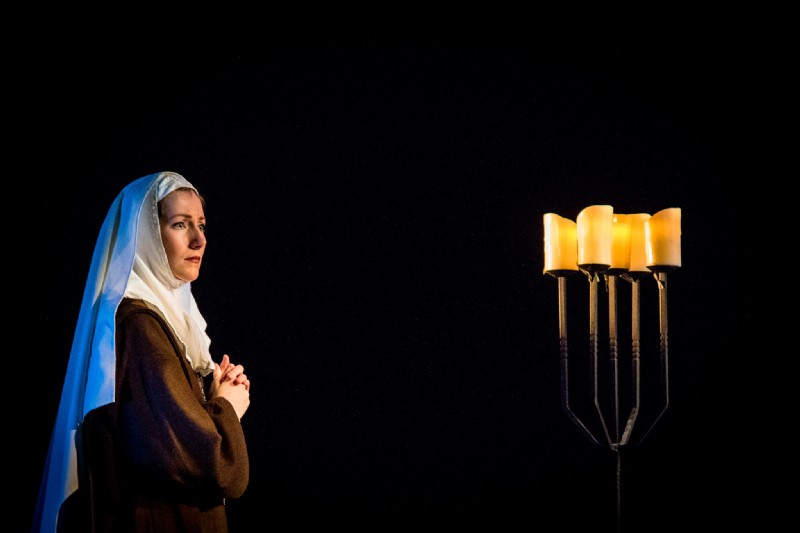 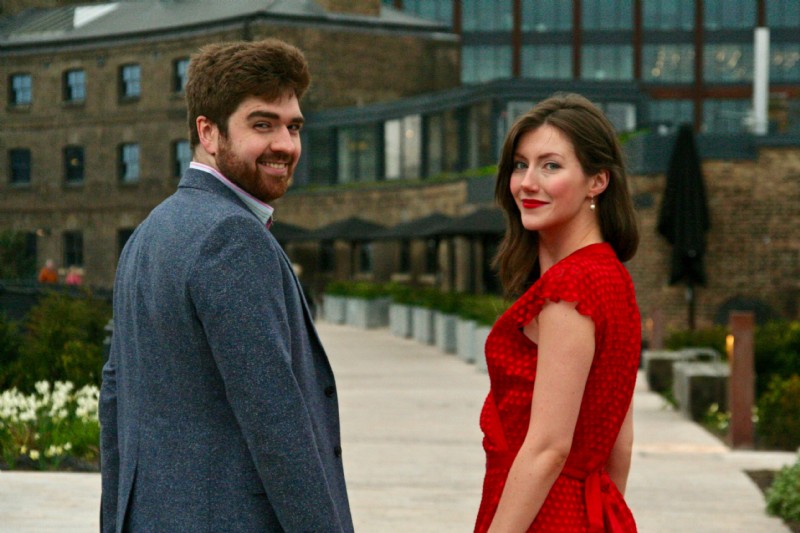 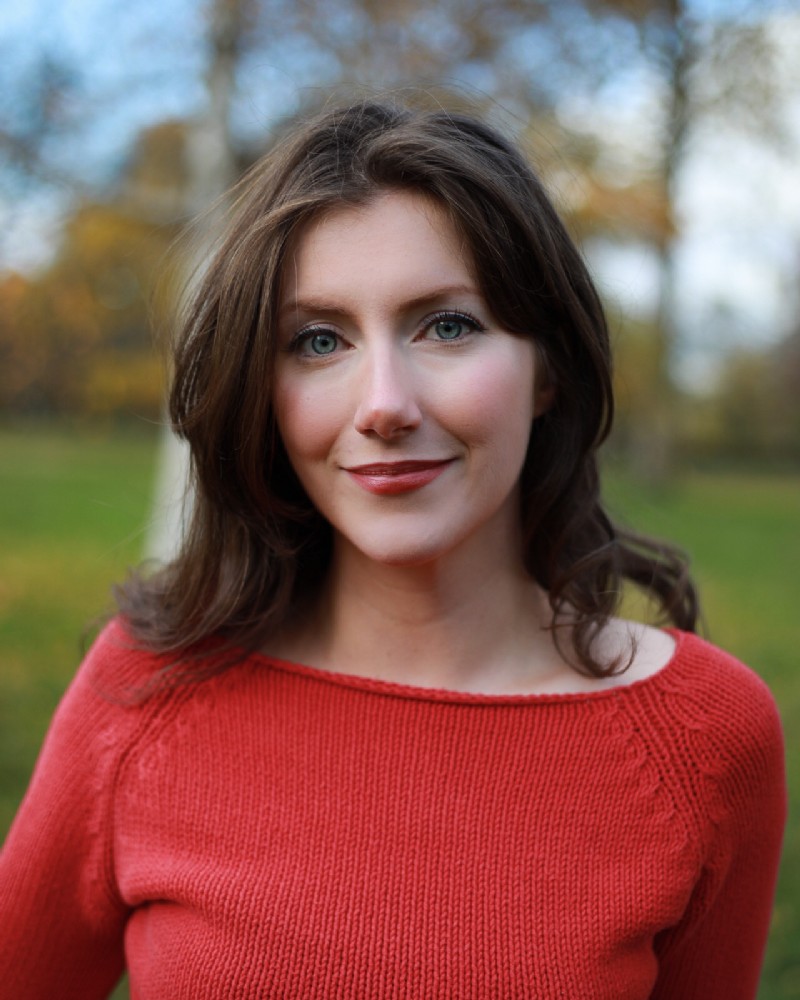 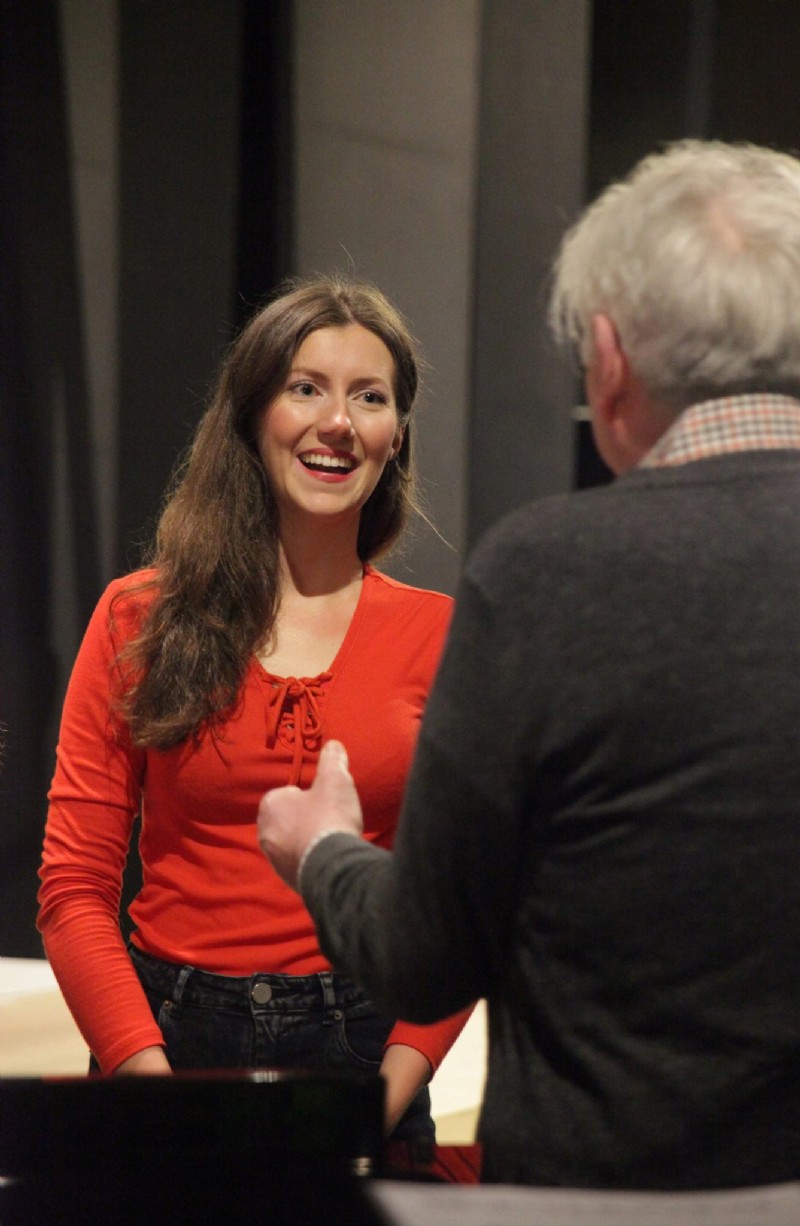 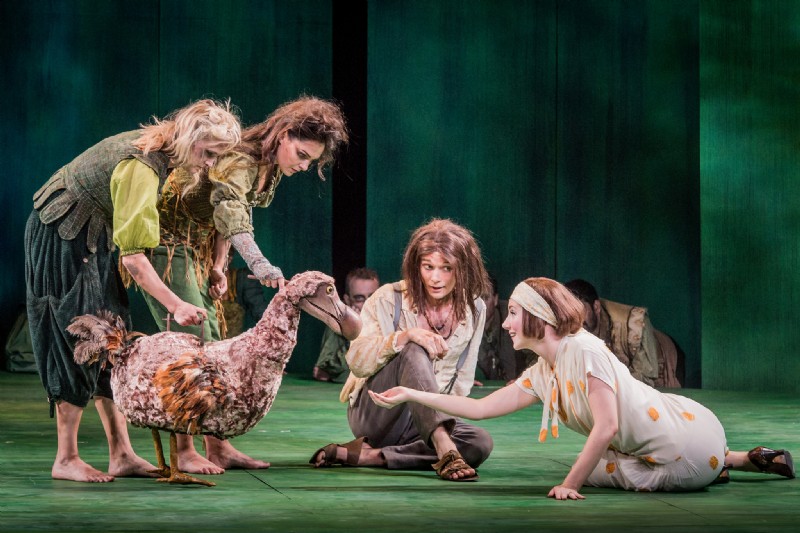 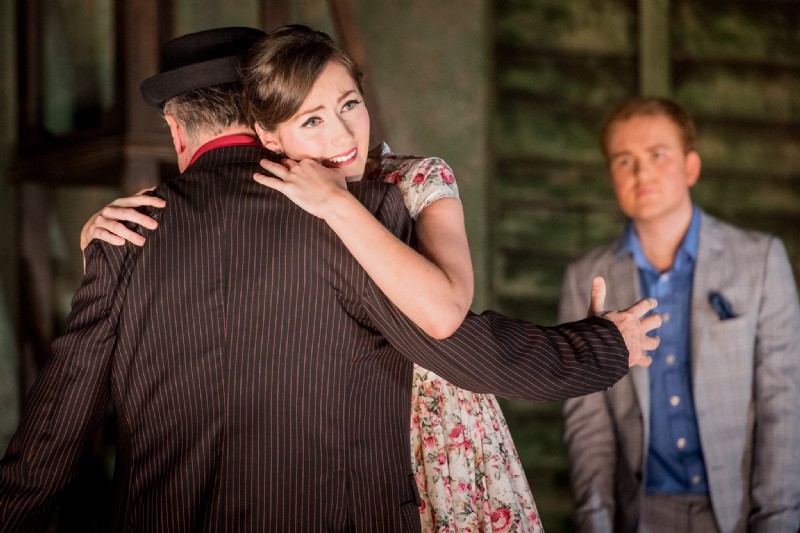 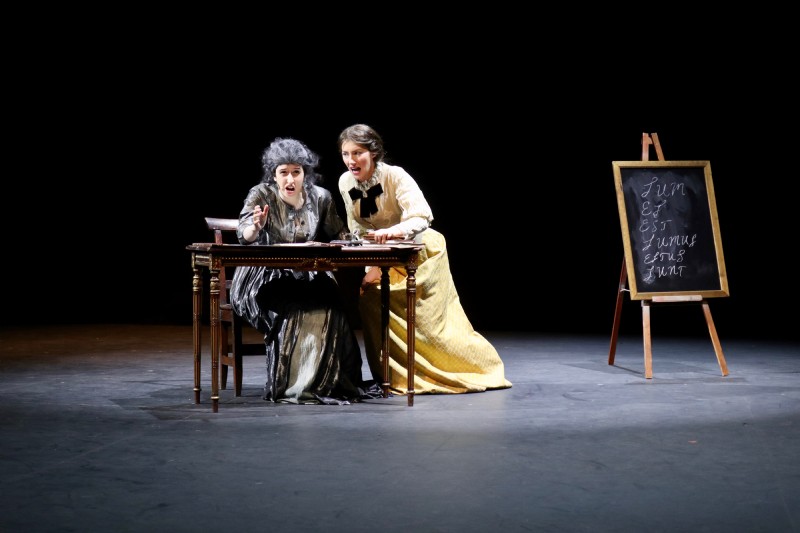 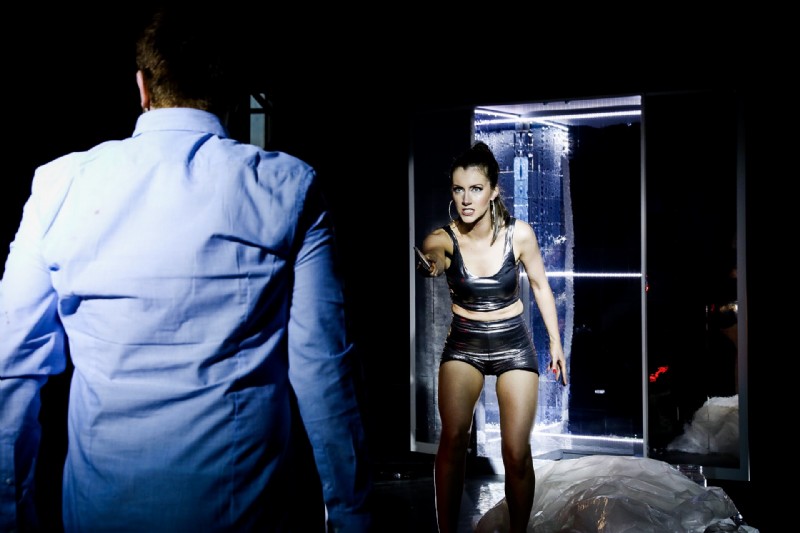 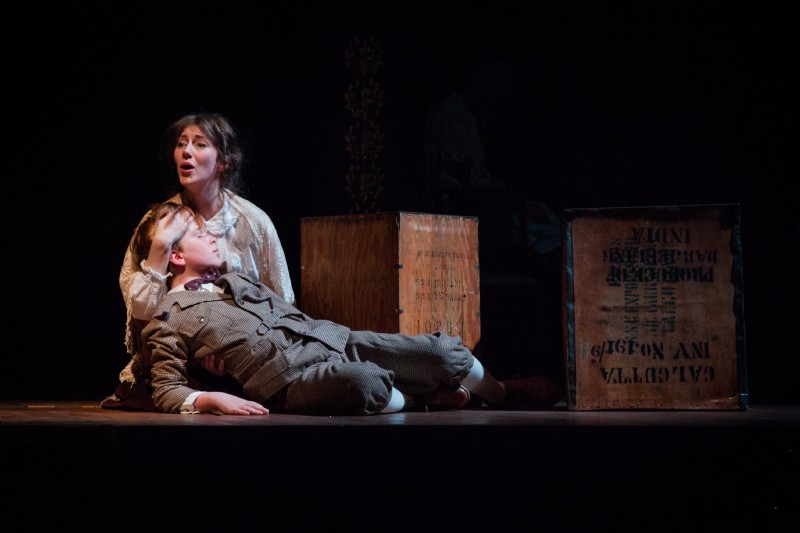 Winner: Joyce and Michael Kennedy Award for Singing of Strauss (2018)

Finalist: Joyce and Michael Kennedy Award for Singing of Strauss (2017)

"As a team [the soloists] would have been the envy of any promoter, and perhaps the greatest excellence of this concert lay in their being together to do it [...] Caroline Taylor, stationed on high in the auditorium to sing the Mater Gloriosa’s benedictions at the close, floated her tone down like gentle rain from heaven." Soprano soloist (Mater Gloriosa) in Mahler's Symphony No. 8, Chetham's Symphony Orchestra; Robert Beale, The Arts Desk. (2019)

"Caroline Taylor gives a glittering performance in what turns out to be a remarkable and compelling show [...] They’ve assembled some remarkable young singers, especially Katherine Gunya, haunting as the grieving mother in Riders, and the glittering soprano of Caroline Taylor in Cupboard. It’s a company effort, though, and all the more admirable for that. This show would be compelling under any circumstances but in the light of the performers’ age and stage, it is pretty remarkable." She in Madeleine Dring's 'Cupboard Love', Byre Opera; Simon Thompson, The Times (Scotland) (2019)

"In director PJ Harris' inventive staging, vivacious soprano Caroline Taylor and baritone Theodore Day were a besotted couple who recall the pair in Steven Berkoff’s Decadence, and Ross McArthur the camp, lively corpse of her husband, whose convenient demise is the mystery of Dan Aitken’s libretto [...] Byre Opera's adventure is one to watch." She in Madeleine Dring's 'Cupboard Love', Byre Opera; Keith Bruce, Herald Scotland. (2019)

“…there are some brilliant performances in this piece. On the evening I attended all three acting covers were in play, and I am truly thankful. Caroline Taylor (who originally plays Gina) covered as the lead, Adina. Her soprano voice demonstrated power and impressive dexterity while also conveying a strong acting performance of a woman stuck choosing between two men.” Adina (cover) in Donizetti's 'The Elixir of Love', King's Head Theatre and Opera'r Ddraig; Matthew Cleverly, Theatre T. (2019)

“Star vocal performance of the evening went to understudy Caroline Taylor as Adina who will surely one day make a marvellous Marschallin in Rosenkavalier.” Adina (cover) in Donizetti's 'The Elixir of Love', King's Head Theatre and Opera'r Ddraig; Stuart King, London Box Office. (2019)

“The cast of five are all superb […] Caroline Taylor provides hilarious support as Gina – she’s cover Adina, and you get the feeling she’d have a great take on that role.” Gina in Donizetti's 'The Elixir of Love', King's Head Theatre and Opera'r Ddraig; Debbie, Mind the Blog. (2019)

“It is consistently well sung and acted. Taylor and Edlin really wring your heart in their scenes together. ****” Tim Ashley, The Guardian. (2018)

“Most importantly, there was much fine singing, especially from the women […] Caroline Taylor was a feisty Helena of independence and impetuousness.” Helena in Jeremy Sams' The Enchanted Island, British Youth Opera; Claire Seymour, Opera Magazine. (2018)

“Natalie Davies and Caroline Taylor’s characters Hermia and Helena felt a little underwritten but given the opportunity to shine in the duet “Men are fickle” they sparkled. ****” Anthony Evans, Planet Hugill. (2018)

“The opera is beautifully constructed […] the music…is of extraordinary skill, passion and beauty […] The acting singers…were highly effective in character portrayal and excellent in sound. ****” Robert Beale, The Arts Desk. (2018)

“…[I] was captivated by a young soprano, Caroline Taylor, who hasn’t even reached music college yet (she starts next term) but sang the Governess with exactly the right mix of beauty and neurosis.” Governess in Britten's 'The Turn of the Screw', Byre Opera; Michael White, The Catholic Herald. (2016)

“…a hugely impressive piece of work for such a young group of performers. Caroline Taylor, about to take up a scholarship at the Royal Northern College of Music, returned to the company as the Governess. Taylor gets better by the year, in this role conveying convincingly not just youth and naievety but the necessary neurotic behaviour […] beautifully sung, strongly characterised…” Governess in Britten's 'The Turn of the Screw', Byre Opera; Iain Fraser, Opera Scotland. (2016)

“Caroline Taylor blossomed as the Governess. She inhabited the part, held the stage, sang sensitively, moved intelligently: this well-schooled singer is maturing handsomely. The axis between her and the ten-year-old Ben Clark’s Miles was the dominant force of the performance…“ Governess in Britten's 'The Turn of the Screw', Byre Opera; Andrew Clark, Opera Magazine. (2016)

“The manifestation of Quint (Chris Huggon) and Miss Jessel (Catherine Hooper) here are very real, but soprano Caroline Taylor – about to begin her Masters studies at the Royal Northern College of Music – suggests other interpretations in the anxious Governess she presents from the beginning. Her diction in particular is exemplary […] A testament to the quality of the music-making at St Andrews, it is to be hoped the department has upcoming vocal talents to match those of Taylor and Huggon for its upcoming production of Janacek’s Cunning Little Vixen.” Governess in Britten's 'The Turn of the Screw', Byre Opera; Keith Bruce, Herald Scotland. (2016)

Caroline Taylor studied at the Royal Northern College of Music, generously supported by the Oglesby Charitable Trust and Help Musicians UK. She was the winner of the 2018 Joyce and Michael Kennedy Award for Singing of Strauss (RNCM), First Prize at the 2019 Dean and Chadlington Singing Competition and Third Prize at the 2019 Jackdaws Maureen Lehane Vocal Awards. Caroline is a member of the 2019/2020 Wigmore Hall French Song Exchange.

A keen advocate for outreach in the arts, Caroline is a Concordia Foundation Artist and recently performed on the wards of Chelsea and Westminster Hospital for CW+ charity. She has also taken part in dementia-friendly workshops with SoundUp Arts.

Any message that you send here will be checked by Audition Oracle for suitability (to filter out spam), and then forwarded to Caroline Taylor.