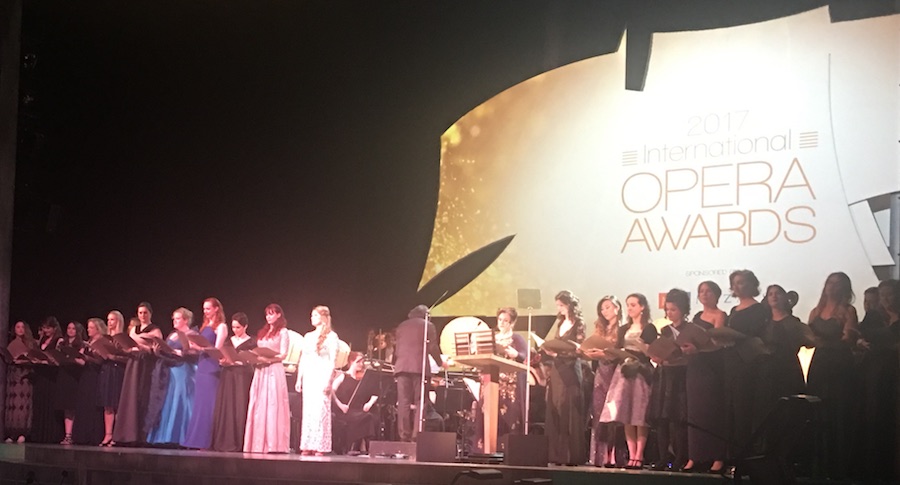 Last night the London Coliseum was home to the 2017 International Opera Awards.  Hosted by Petroc Trelawney, the evening celebrated the very best of the International opera world.  Anna Netrebko was named Female Singer of the Year, Lawrence Brownlee won the Best Male Singer category, Louise Alder awarded Best Young Singer and the Wexford Festival Opera took home the prestigious Festival of the Year award. One of the many highlights of the evening was Renata Scotto being presented with the Lifetime Achievement Award by the indefatigable opera director John Copley.

The ceremony itself doubles as a fundraiser for the Opera Awards Foundation which was founded in 2012 to award bursaries to support aspiring artists. The evening’s finale showcased the talents of the many bursary award winners in a stunning group performance of the Easter Hymn from Cavelleria with the wonderful Orpheus Sinfonia conducted by Stephen Barlow.