Working in Germany: Finding the right opera house and repertoire for you 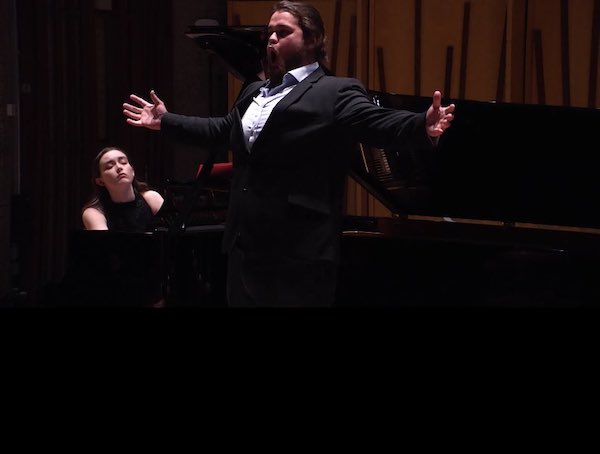 Having attended this year’s semi-final of the Kathleen Ferrier awards, we were absolutely captivated by baritone Alaric Green, both by his fantastic instrument, and also his energy and on-stage presence. Those amongst you that are fans of BBC One’s The Voice, may recognise Alaric from his appearance in the 2016 series. Since then, Alaric has made the switch to the opera world, and although, not successful in making the final of the Kathleen Ferrier competition, we couldn’t be surer that a wonderful career lies ahead for him. From The Voice to working as a bouncer and backstage, Alaric has a fascinating story and unconventional path into opera, therefore we wanted to catch up with the young singer to find out a little bit more about his journey so far.

Can we briefly ask about your wonderful name, Alaric?

I believe it's of German origin, but I don’t have any German routes. My Mum just met somebody called Alaric once and really liked the name (he says laughing). Other than English, my Grandma is from Jamaica, so I’m a quarter Jamaican.

How did you discover singing and that you had a wonderful voice naturally?

I always loved singing, but a pivotal moment in my adolescence was in Year 10 when I auditioned for Les Misérables, and got given the role of Javert. Admittedly, I wasn’t really suited to school, so after GCSEs, I went on to Canterbury College (I’m from the Ramsgate area so it was nearby), and I studied Music Theatre between the ages of 16 and 18. I met some really great people and made lifelong friends, however again, I wasn’t so suited to the academic side of things, at that age anyway.

From there, at the age of 17, I auditioned for the London School of Musical Theatre, and believe I am still the youngest person to have been accepted there, graduating at the age of 18. This was another pivotal moment as it meant moving to London.

And what happened after that?

So still in London, I fell into bouncer work as a way of making a living and worked mostly in Camden, which suited me well as I also had (and still have) a blues/rock band. I then ended up working backstage in theatres for quite a while and then went travelling and to Australia with my girlfriend. I came back to the UK as my mother was sadly diagnosed with breast cancer, and although okay now, I couldn’t be on the literal other side of the world at that time. I went back to working backstage and then landed a job as Deputy Master Carpenter at The Criterion Theatre. It was a great time, and I really loved the people I worked with, but by this point I had been doing backstage work for about four years and missed singing. I knew working backstage wasn’t my real passion and the reason I moved to London. So, I decided to audition for Guildhall, and see what happened. And I got in! A real factor in my not auditioning sooner was the issue of finance, and the thought of all the debt was enormously worrisome. But I have been so very lucky not to have had to pay for the course fees.

With such a voice, we are truly delighted that you are back on the stage. What made you switch from musical theatre to opera?

I always had an aptitude for opera I suppose, as within musical theatre, I was always more suited to the older repertoire, like Rodgers & Hammerstein, or repertoire that is more operatic, like Sondheim or Les Misérables for example. The whole time I was studying music theatre, I was always told I should sing opera, but (I laugh now) I wasn’t interested at the time. I did sing ‘Oh ruddier than the cherry’ from Handel’s Acis and Galatea, but it just wasn’t what I wanted to be doing at that time in my life, musical theatre was where my interest was.

I suppose whilst travelling I started to consider opera, and also rock, a little more seriously. Everyone I am working with has been enthused by my singing alternative genres alongside opera. And, I do still love music theatre and haven’t entirely turned my back on it. I would absolutely love to do both in my career, as well as play big stages with my rock band. Simply put, I just love singing and I can find a connection to each of those genres. But opera allows me to really liberate my voice, whilst my own music (in my band) allows me to express myself in my own words.

How was the transition vocally between music theatre and rock to opera?

It was definitely a learning curve! And there’s a lot to learn! And I am still learning! I think a lot of elements from my rock singing had seeped in. But you get what you put in, and I put a lot of work in. I have to say working with Robert Dean and Stephan Loges at Guildhall is an absolute dream team. They just know how to talk to me, as my brain won’t work if you tell me to tilt my larynx by four degrees to the west! But they seem to have the perfect metaphors which work for me. Also, a lot of it is just getting out of my own way!

We have to ask! What would be your dream role?

There are so many! But for music theatre, my top role would be Sweeney Todd, simply for the epiphany moment. And then for opera, there are two. In terms of what I could sing now, Figaro, I love the character and would jump at the chance to play him. But in the future, my dream role would most definitely be Scarpia from Tosca.

So, what’s next for you?

Whilst I didn’t make it through on the Kathleen Ferrier final, I accept it and am just so happy to have been there and involved. I always go into these things with the intention of making myself proud. My journey so far has certainly thickened my skin and I feel like everything that has happened has allowed me to realise the importance of every opportunity I get and really give it what it’s worth.

So, this summer I will be joining Garsington Opera in their chorus. After that, I am staying on at Guildhall for their opera course. And, after that, I aspire to have a global guesting opera singer career and dig into as many interesting roles as I can. I want to move people and give myself to it. And, well, to get paid for doing that would be a marvel!

Training and living in London is expensive, have you received help from your family financially?

Unfortunately, both of my parents are disabled and live on the Disability Living Allowance, which isn’t a lot. I am so enormously grateful that my undergraduate studies tuition fees were completely funded by Richard Oldfield and Amicia de Moubray with the Henry Oldfield Trust. And then, I took out a student loan to cover living expenses. I also recently found out that Richard Oldfield and Amicia de Moubray will continue to play a huge role in supporting me throughout the opera course too! For which, words can’t really begin to express my gratitude! I have also managed to secure some funding to assist with living expenses, for which there are still other funds are yet to audition, so that is on my horizon.

Have you got any advice for those looking to follow in your footsteps?

Just give everything. If you love it, then that is why you’re doing it. Don’t compare yourself to anyone else, because you (and everyone else) are unique, there are no two voices exactly the same. 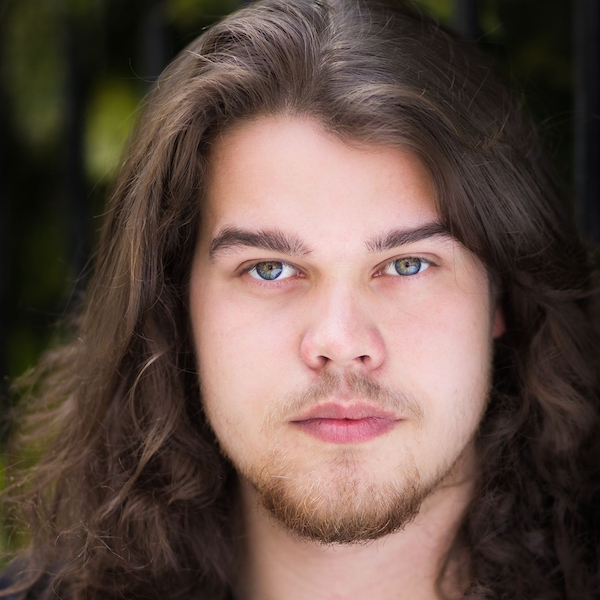 We want to thank Alaric for taking the time out to chat to us about his career thus far. Not only were we struck by his incredible voice and presence on stage but also his down to earth nature and humility off the stage. Alaric, we wish you the very best of luck for this summer and your further studies. We will be watching your career, which we know will flourish, with great interest and want to wish you the very best.