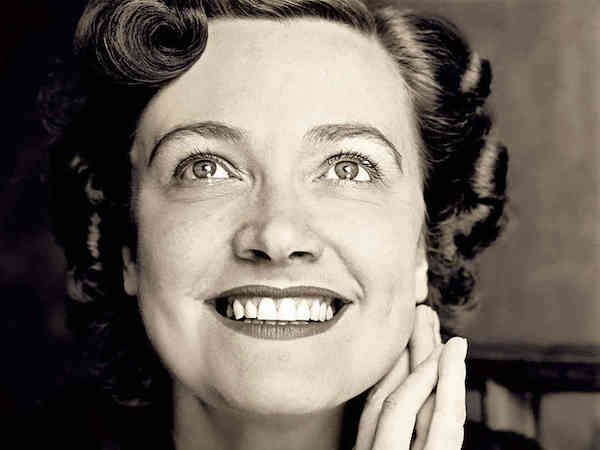 Kathleen Ferrier was perhaps the most popular British ‘classical’ singer of the 20th century. For ten years, beginning in the Second World War, she captured the hearts of millions of Britons – and millions overseas too – with her glorious, rich contralto voice and warm personality that shone through even on records and radio broadcasts. For those fortunate enough to hear her sing ‘live’, she had an almost mesmerising effect; each member of the audience under the impression that she was singing for them alone, that there was a direct link between singer and listener.

This personal magnetism was natural to Ferrier but, to become the great singer that she was, she had to study hard and learn a lot.

Ferrier was born in 1912 in the Lancashire village of Higher Walton. When she was two she moved with her parents, older sister and brother to nearby Blackburn, where she grew up. From her earliest years she was attracted to the piano and, as a young girl and teenager, she was exceptionally talented, gaining qualifications from the Royal Academy and Royal College of Music. She also enjoyed singing in choirs, but as a secondary musical interest.

In 1926, the fourteen year-old left school and went to work in Blackburn Post Office, later becoming a telephonist. Her marriage in 1935 to Albert Wilson was not happy and was annulled in 1947. While living in Cumberland in 1937, Ferrier entered Carlisle Music Festival and surprised everyone, including herself, by winning both the Piano and Solo Contralto class; such success made her think about taking her voice more seriously and she had lessons with Dr Hutchinson in Newcastle-upon-Tyne. This prepared her for a move to London in 1942 – with just a handful of engagements booked and a great deal of ambition. Her ‘London Professor’, the baritone Roy Henderson, was able to teach her interesting repertoire, platform presence and built her self confidence.

The composer Benjamin Britten heard her sing and in 1946 he composed his opera The Rape of Lucretia with her voice very much in mind. Indeed, she sang the premiere at Glyndebourne Festival Opera in 1946, to considerable acclaim. The next year she returned to Glyndebourne to sing Gluck’s opera Orfeo and also took part in the first Edinburgh International Festival, singing under the guidance and the baton of the conductor Bruno Walter. This was the beginning of a five-year collaboration which has become legendary among music lovers worldwide.

By this time Ferrier was making records, of oratorio (St Matthew Passion), German Lieder (Schubert and Brahms, particularly), of opera (Orfeo) and British songs from the 17th to the 20th century. They sold in their many thousands and were broadcast regularly on radio. In this way everyone got to know Kathleen Ferrier, heard the smile in her voice and luxuriated in the confident warmth of her rich tones.

Tours to North America and around Europe soon followed; she was particularly popular in the Netherlands, which she visited frequently. At home, Ferrier travelled from the north of Scotland to the south of England, east to west, enriching the lives of many still suffering from the aftermath of the war. A visit to Vienna in 1950, to sing in a Bach Commemoration Festival, was a particular landmark in her career; but this busy lifestyle was temporarily stilled by a cancer diagnosis in 1951. As was conventional in those times, this illness was not spoken of and only closest friends knew.

Resuming a modified schedule, Kathleen Ferrier continued learning new works, making new records and singing every year at the Edinburgh Festival, at the Proms in London and all around Britain, where she was in great demand…everywhere.

A new production of Orfeo was planned for the Royal Opera House in 1953, to be conducted by her friend Sir John Barbirolli. She enjoyed working with him on the score and preparing for this important booking. The first performance was a triumph but, at the second, she was taken ill during the performance and only with difficulty managed to finish it. It proved to be her last appearance on any stage and she died eight months later aged 41, genuinely mourned by millions. At the time of her death she was said to be the second most famous woman in the country, next only to the young Queen, Elizabeth II.

Loved and admired all over the world – what was this fascination that Kathleen Ferrier exerted on so many people, many of whom would certainly not have described themselves as ‘Classical music fans’?

There are several answers: she was very attractive and self-assured with a confident stage presence; for many millions she represented ‘The girl next door’, never posh or arrogant but charming and smiling. Men loved her – in a very proper way – and women did too; but it was the voice that really appealed to the world. Those warm gentle tones, exquisite soft notes (and impressive ‘fortes’ when necessary) were literally unique. Rather bizarrely, one adjudicator at a Music Festival once wrote that her voice made him feel that he was ‘being stroked’…. He detected that relaxed ease and confidence that she displayed so generously.

In the generations before Ferrier, contraltos were often thought of as rather fearsome women. They were frequently grand, imposing – almost frightening onstage and often their voices matched their looks. One could admire them, for they were impressive, but love them – maybe not.

Ferrier is a role model for those who come after. They are seldom true contraltos, as she was, but more likely mezzo-sopranos, a voice style that seems to sit more easily in recent musical times. Ferrier could teach them charm and elegance, humour and style and there can be few, from Norma Procter to young Kathryn Rudge, from Janet Baker to Sarah Connolly, for whom Ferrier has not stood out as a role model.

She was indeed a singer apart. 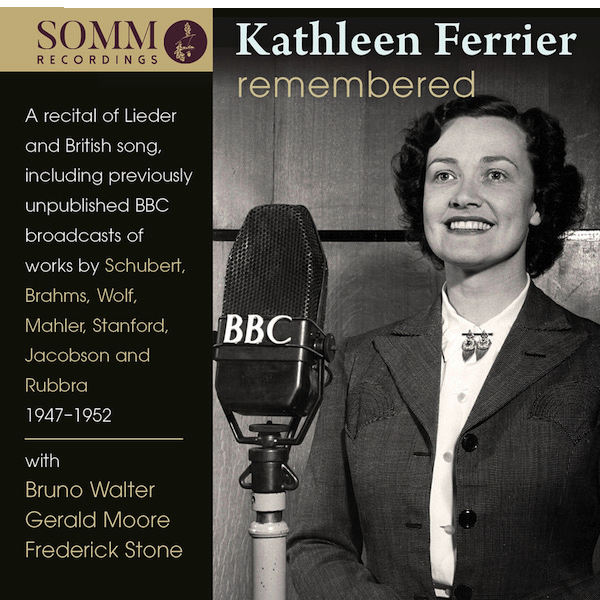 ‘This is a disc that will thrill and delight every admirer of this glorious singer.’ Rupert Christiansen