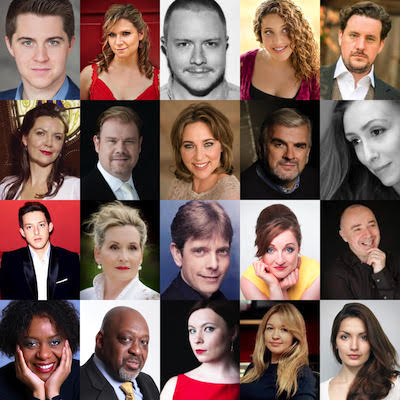 Soprano Nazan Fikret tells us about the origins and plans for the upcoming Grenfell Tower Benefit Concert:

My motivation to do a concert was simple: I woke up on 14th June, my 30th birthday incidentally, and heard the news. I was angry, shocked and desperate to help. For me it summarised everything that's wrong with our society: ignore the poor, cut corners to line to pockets of the rich and don't do anything to change things until disaster strikes. This was a tragic and avoidable incident. However, like so many singers, I haven't a penny to rub together, so thought doing a concert and raising money was the logical thing to do. I envisaged a church hall, a slightly out of tune piano and a few colleagues. I could not have imagined the high profile event this has evolved into!

The music community has been so generous- from singers of all ages and stages, to conductors, orchestral players, the Cadogan, Philharmonia, ROH, ENO, Garsington, Sarah Playfair, Henrietta Bredin of Opera Magazine, The International Opera Awards, Sophia Tuffin my Project Manager, Cantate Communications for Printing the programme, Annie Rushton for designing.....and Petroc Trelawny for presenting on the night! The list is endless!

All of this support has enabled us to plan a truly extraordinary concert which we hope will be a suitable commemoration for the victims and a fundraiser for the London Emergencies Trust.

For further information about the concert please visit www.cadoganhall.com