This month we are delighted to announce Welsh soprano Llio Evans as our latest Audition Oracle  singers preparation award winner. Llio has been a long standing member of Audition Oracle and we are delighted to be able to contribute to her preparation for future engagements. These include her debut with English Touring Opera as a Witch in Macbeth, understudying the role of Ilia, Idomeneo, and performing Cilla in their education project Waxwings. In the summer of 2019 Llio performs Zerlina in Don Giovanni for Longborough Festival Opera. 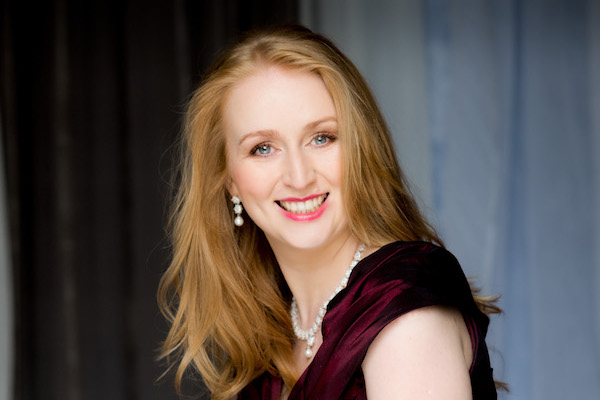 Welsh soprano, Llio Evans, gained a first class honours degree at the Royal Welsh College of Music and Drama before going on to study with Dennis O'Neill at the Wales International Academy of Voice. A winner of numerous awards including Osborne Roberts Memorial Prize, Dame Anne Evans Award, and the Russell Sheppard Intercollegiate Award, Llio is a British Youth Opera and Welsh National Youth Opera alumna and a former Alvarez Young Artist at Garsington Opera where she was a recipient of the Leonard Ingrams Award.
Highlights in recent season include Celia, Iolanthe, for English National Opera; Iris, Semele, for Garsington Opera; and The Little One in the UK premiere of The Golden Dragon (Peter Eötvös) for Music Theatre Wales. She also sang the soprano solo in Janáček's The Danube, with the BBC National Orchestra of Wales and made her debut at the Royal Albert Hall as a soloist in the Festival of Welsh Male Voice Choirs.

In the current season Llio makes her debut with English Touring Opera as a Witch, Macbeth, understudies the role of Ilia, Idomeneo, and performs Cilla in their education project Waxwings. In the summer of 2019 perform Zerlina in Don Giovanni for Longborough Festival Opera.

Further information about Llio can be found on her personal website and on her Audition Oracle Profile. Llio is managed by Steven Swales Artist Management.