Our latest Audition Oracle Singers Preparation Award goes to tenor David Horton to support his preparation of the lead tenor role for C. V. Stanford’s rarely performed opera The Travelling Companion with New Sussex Opera later this year. The performances include a professional debut at both Cadogan Hall and Saffron Hall, as well as a world premiere recording of the piece. 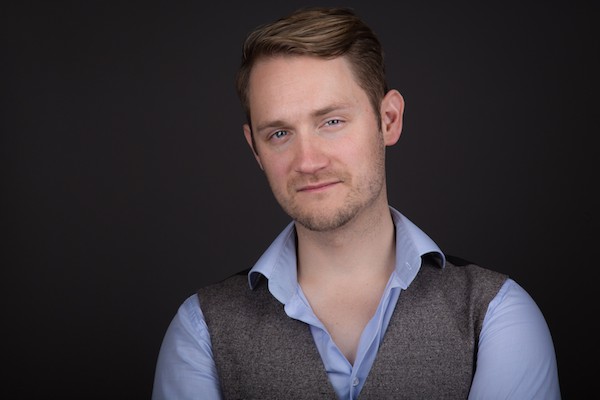 Tenor David Horton hails from Devon and is a recent graduate of the Alexander Gibson Opera School at the Royal Conservatoire of Scotland (RCS). During his time there, he studied under the tutelage of Scott Johnson and was a grateful recipient of a scholarship from the RCS Trust. Previous training includes a BMus Hons from the Royal Northern College of Music (RNCM) and a year spent in Sydney, Australia, studying under Dr Rowena Cowley.
Earlier this season David received critical acclaim for his portrayal of the title role in Candide with Iford Arts/Opera Della Luna. Other recent roles include Henry Crawford for Waterperry Opera’s production of Mansfield Park, Vandedendur/King Theodorefor West Green House's new production of Candide, Moon/King of the East, The Enchanted Pig (Hampstead Garden Opera); The Lover/The Friend/The Preacher, The Vanishing Bridegroom (British Youth Opera); Eisenstein, Die Fledermaus (RCS Opera); Tristan, Le Vin Herbé (RCS Opera) and a number of roles in English Eccentrics (British Youth Opera). Upcoming engagements include the role of Defendant in Sullivan’s Trial by Jury and John in Stanford's The Travelling Companion with New Sussex Opera.
David has performed in a number of British and world premieres, most notably the UK Premiere of Kurt Schwertzik’s Shal-i-mar which was performed with the RNCM Symphony Orchestra.  He also played Magician 1 in Henry McPherson’s opera Ūhte, recorded and filmed in conjunction with the BBC Scottish Symphony Orchestra under the direction of Martyn Brabbins and premiered at the RCS Plug Festival 2016.
On the concert stage David has performed across Britain, most recently singing the eponymous St Nicholas in the work by Benjamin Britten with Cupar Choral Society and the tenor solos in Mozart’s Requiem at the Hargrave Music Festival. Whilst studying in Scotland, David also performed the tenor solos in Bach’s Magnificat and Haydn’s Nelson Mass with the Glasgow Cathedral Choral Society (GCCS) and Vaughan Williams’ Serenade to Music with the Royal Conservatoire of Scotland Symphony Orchestra.  Earlier this year David performed his debut Handel’s Messiah with GCCS at Glasgow Cathedral and was resident tenor soloist for a number of Bach Cantatas with Ludus Baroque in Edinburgh conducted by Richard Neville-Towle. Upcoming engagements include the tenor solos in Haydn's Nelson Mass at the Hargrave Festival, alongside the Hargrave Festival Chorus.

Further information about David can be found on his personal website and on his Audition Oracle Profile. David is managed by Mark Kendall Artist Management.

Audition Oracle is committed to supporting opera, choral and classical singers in all aspects of their career. Throughout 2018 Audition Oracle are awarding a minimum of £300/month to individual singers in order to help them turn up to their next professional engagement fully prepared.

Earlier this week we visited the The Peacock Theatre to catch British Youth Opera's opening night of The Rake's Progress. BYO are a fantastic organisation providing excellent training and performance opportunities to young singers and emerging artists. Earlier this summer soprano Katherine Liggins joined them for a week of workshops. Here she tells us about the experience. 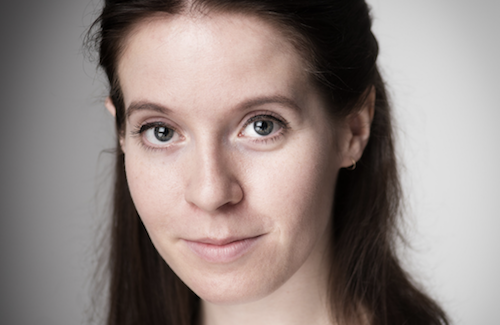 Last week I attended an excellent workshop with British Youth Opera led by Mark Hathaway and Rob Bottriell, with movement sessions led by Maria Koripas. The focus of the week was improvisation and characterisation. Each singer in the group (there were seven of us) brought two arias to work on. We also worked on staging a chorus from Mozart’s Idomeneo, and we did some straight acting using a few scenes from Shakespeare.

These are the top five (of many!) things I learnt:

While it is necessary to have a word-for-word, accurate translation of your arias, it is also important to have an idea of how you as a person would deliver each line of text in your native language. When people found a sentence in English that summed up a particular phrase and said it how they would in real life, it became much more realistic and relatable when they then went back to singing the foreign text.

Expression is not just in the face. The whole body is involved, with your core taking the lead. An audience member sat in the back row is unlikely to be able to read your facial expression particularly clearly, so using your body is the only way you’re going to reach them. It is incredible how much can be communicated with the body when you leave the face out of it completely!

It is so important to have different people listen to and critique your singing, especially if you are a current or recent music college student. It gave me a different perspective on my own singing, and highlighted some areas that people at college hadn’t necessarily picked up on before. Or perhaps it was hearing similar points expressed differently by someone new that helped me to better understand what they were getting at.

Improvising can be terrifying, but it is also much more freeing to walk on stage without a plan of what you’re going to do in each aria. When you start improvising you are being more spontaneous and infinitely more believable than if you were to decide exactly what you are going to do before you do it. And it’s actually way more fun and rewarding!

Thinking about how an aria might be directed in a full production is useful when you are preparing to stand and sing it in a recital or audition setting. If the scene has other characters in it, this is especially useful as it means you have a clear idea of where those characters are in relation to you. This doesn’t mean you can’t still improvise and be spontaneous: in fact, it gives you more confidence to take risks in performance because you have a deeper knowledge of the drama of the scene.

Those are just a few things that really resonated with me. It was a seriously inspirational week, and I would encourage every young singer to audition!

Details regarding the 2019 application process will be announced in October  - www.byo.org.uk