We were delighted to catch up with Jennifer Witton, discussing everything from her upcoming debut at Longborough Festival Opera to cake baking. Jennifer is incredibly bubbly and funny, and, as denoted by the many brackets filled with ‘she says laughing’, it was a brilliantly hilarious interview. Our enormous thanks to Jennifer. 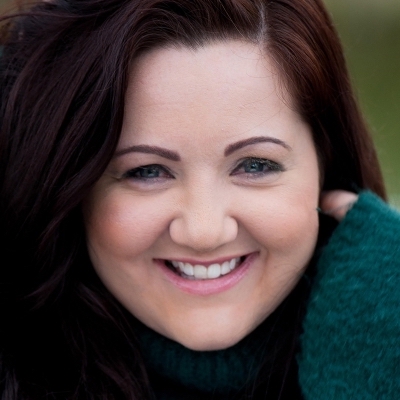 Hello Jennifer! Firstly, thanks for meeting with us today. We can’t wait to come and hear you sing the role of Micaëla in Carmen. Is this your first time singing it?

Thank you for having me! Yes, I covered it at ENO in around January/February 2020, just before everything shut down. That was an opportunity that actually came to me via By Voice Alone, as Michelle Williams was one of the judges on the panel. Michelle offered me a couple of things off the back of By Voice Alone. I have to say, it was lovely to get a fair amount of momentum following the competition.

Whilst we are on By Voice Alone, that’s a great place to start, how did you find the process? (For those who don’t know, Jennifer won our By Voice Alone competition back in 2019, which pioneered blind auditions in the opera industry).

I quite enjoy competitions generally, because it is one instance where you can be free from worrying about casting. You can just sing the repertoire you choose and just enjoy it. You don’t have to worry that you aren’t necessarily suited to the character, you can just enjoy that particular aria and sing it honestly, free from insecurity.  So, for By Voice Alone I just sang repertoire I liked and that suits my voice, and well, that’s always fun.

Can you tell us a bit more about what happened after the competition?

Sure, a few things really, but it’s really hard to remember or pinpoint specifics as exposure like that has a ripple effect. The ENO jobs, offers from Garsington (which sadly clashed) and one thing that does stick in my mind from that time is covering Gilda in Verdi’s Rigoletto shortly after for Glyndebourne.

Amazing! Did you get to go on as Gilda?

Sadly not, no.  I was on standby a couple of times and did a couple of rehearsals with the main cast.

Is it a role you had sung previously or have sung since?

Again another no.  As much as I like the role, I think that some directors, not all, would perhaps overlook me as I don’t look like your stereotypical Gilda.

Oh, that’s such a shame. Have you found that a challenge thus far in your career? That your voice is deemed as one type of role, but you don’t match the character?

Yeah! For sure! This is something I battle with regularly. Although it is never explicitly said as I think people aren’t straight-talking particularly in this country. For instance, I tend to get a lot of ‘fantastic, we will keep you in mind’ feedback after an audition, whereas perhaps the reality is ‘you don’t look right for this role'.
I haven’t heard ‘you don’t look the correct age for the role’ or ‘we can’t see you as the romantic lead’, but interestingly I do have male singer friends who have received such comments. So, there is disparity on this issue.  I also find places outside the UK to be more direct with their feedback. And whilst receiving this feedback is harsh, it at least arms you with the information. I think it is unhealthier being left to wonder and dwell on why you weren’t successful.

Yes, I completely hear you. It is great that other singers have been vocal about this issue in the press, for instance, Allan Clayton particularly springs to mind as having raised the issue. This was the main incentive behind launching By Voice Alone. We want to create a more inclusive industry which puts the voice at the very heart of it.

Yes, it’s certainly a ‘thing’, and not just specific to me. It would be wonderful for the industry to progress to a stage where this was no longer present.
I’m not just talking about lead roles, I would love to see choruses and supporting roles that have greater diversity. Not only is this more inclusive, but if nothing else, it just looks more real and reflective of society.
Some shows are making progress though. One show that sticks in my mind is Come From Away, which is a West End Musical. The cast in this show is really diverse in age, size, you name it and it also just makes the entire show more believable.

And, of course, streaming boomed throughout the pandemic. How was all of that for you? Of course, it was a difficult time for any artist.

If I am really honest, I felt quite self-conscious about doing anything on camera. I was also pregnant at the time, so I was worried that might influence my future cast-ability.
It was a mad time though, for everyone, and I generally just took a step back because there was so much going on in my personal life. I did get asked to do a fair bit and remarkably paid, which I am extremely grateful for. But yes, screen work and recording are very different to live performance, which is why we all do what we do.

So, coming out of the pandemic, and trying to get your singing career going again. Was that an easy process? Did you have a lot of things lined up?

I think my first (post-pandemic) bit of singing work was workshopping a new opera by Mark Anthony-Turnage.  It is tricky contemporary music and Mark was tweaking things on the spot, so a lot of concentration was required.  I had a 5-month-old who didn’t sleep through the night and hadn’t sung in front of anyone for however long.  I remember being so exhausted by 3pm. But it wasn’t just me, we all were. I suppose we all weren’t used to it anymore and had more adrenaline than usual, so had peaked too early!

Was there quite a lot of emotion in the room?

Oh definitely, I think everyone found it quite surreal. I mean the masks and the social distancing contributed to that. But I think we were all amazed to be singing again, let alone singing something so fantastic. It was such a brilliant week of making music with excellent singers and musicians.
From that, I did another of his workshops working on ‘Festen’, an opera based on Thomas Vinterberg’s film, at the Royal Opera House for their 2025 season.

So, how did Longborough come about? Isabel Murphy was on the second-round panel of By Voice Alone. And I have noticed that a couple of singers from the competition are performing as part of their season this year.

Aha, that might explain it. So, if I am honest, I am not sure myself, which is the case a lot of the time with how jobs come about!
So, this production was supposed to be in 2020 and has been pushed back and back. Everyone thought it was going to be scrapped as it had been delayed so many times due to the pandemic. But essentially I got an email from the company manager, asking me if I was available. I checked the dates and they worked for me and was delighted to be offered the role. Which was pretty incredible! I had no clue whose idea it was who’d thought of me in the first place, but I am definitely very chuffed!
Also, in this production, Mathilde Lopez is not directing us in the traditional way that the roles are often played, which is amazing.  Micaëla I’d say is normally presented as the girl next door sort of character, but not for our setting.  This gives me the freedom to play her in a way that makes sense to the drama and casting.  I shall say no more.

Amazing, how intriguing. Well, we have our tickets so we shall see. Is this the first time you have done a full role since the pandemic?

And how has it been balancing it with childcare?

I’m not going to lie, it’s been a nightmare (she says laughing). But I have had a lot of help from my family, which I am very grateful for. But what is hard about childcare is the scheduling in this industry, because sometimes you don’t find out until the night before if you are required or not. You do get given a skeleton for the week, but then obviously things change. So, of course, that’s tricky, but I am lucky to have amazing people around me who are willing to jump on childcare duties with only 24 hours’ notice. I am so so grateful for that.

Can I ask If you have an agent at present?

I don’t, but I also haven’t been seeking one out. I like the workload that I have at present. I used to have one when I first left college but finding an agent is about finding the right one for you. When I was younger, I thought any agent is better than no agent, however, I have thrived for many years now without one. And yes, you have to do some of the contacting and negotiations yourself, but for me, and where I want my career to live, which is mainly in the UK, it works for me, and I like knowing what’s going on!
Agents can be brilliant, but for me, being a singer with a young family, I need to consider that, and it’s imperative I keep true to my image of what I want my career to look like, rather than be influenced by external factors. So, it’s all about finding the right fit, who wouldn’t put pressure on that circumstance.

I try to always ask this next question: What piece of advice would you give a young singer starting out.

That life is long, and don’t be in a rush. That hasn’t done me any harm, but young singers put a lot of pressure on themselves to do it all straight away.  As long as you’re having a good time, then continue. And I mean the whole business, not just being on stage.  And there will be gaps, and that’s okay because gaps are part of the job.

What do you do to relax outside all of this?

I have a new hobby every week (she says laughing again). Well, I started a cake business in 2018. And when everything shut down over lockdown that turned into brownies through the post, which took off. But when celebrations came back and things were normal again, I picked back up doing cakes. But what I hadn’t realised is that this is another highly competitive and stressful industry! So, I am going to take a small step back from that now.

Oh no! Your white chocolate brownies were legendary! A very important question, do you take cakes to your rehearsals?

Yes absolutely! I remember taking cakes to a cover call at ENO and offering some to everyone before singing, which didn’t go down very well (again laughing).

Well, thank you so much for taking time out to speak to us. It has been hilarious! Best of luck for Longborough. We cannot wait to see you!